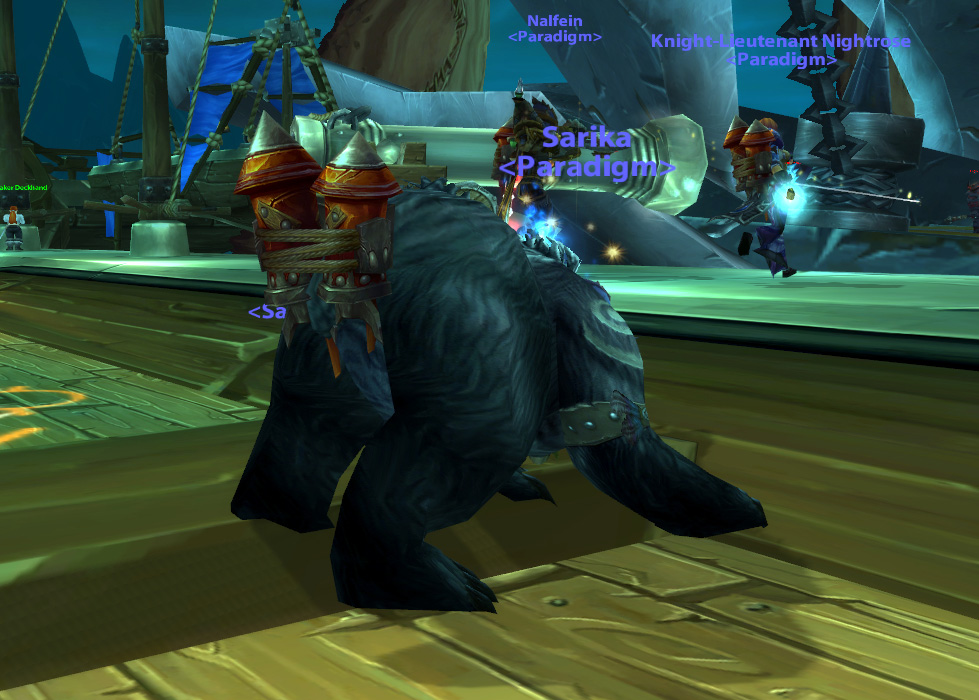 Hey everyone Blizzard updated the WoW Armory. Neat! Err, been generally absentish over the past week (or so…) doing holiday stuff and preparing for/attending CES over in Las Vegas. I’ll do a quick post later this week if I have time. It was lots of fun; the company I kept was the best part (you know who you are <3).

Oh Dragon Age is fun by the way. My obsessive need to play every quest to completion is actually the other reason why I have been “absentish” and not on WoW as much as I usually am. I should post a belated review when I complete it. I think I am almost towards the end. It’s a pretty long game.

So I’ve had to send in a couple of tickets the past two weeks. We totally bugged out the Skybreaker encounter two weeks ago. Noobness happened which resulting in a successful kill with only the people in the cannons up; The loot master not being one of those two people. So consequently, the chest wasn’t lootable. Oh, we also got the [I’m on a Boat] achievement despite not really earning it…lol? Kudos to Blizzard for resolving that issue even though it took forever. Protip: don’t email support during a holiday weekend.

The other support ticket: Long story short, one of our officers got hacked last week. The hacker cleaned out not only all of his characters, but the entire guild bank as well (time to review bank access policies for the sake of security). Blizzard did a complete restore, but since I am the guild master, I now have the entire contents of our guild bank in my mailbox. Is this what I get for putting off sorting the bank for the past year or two?