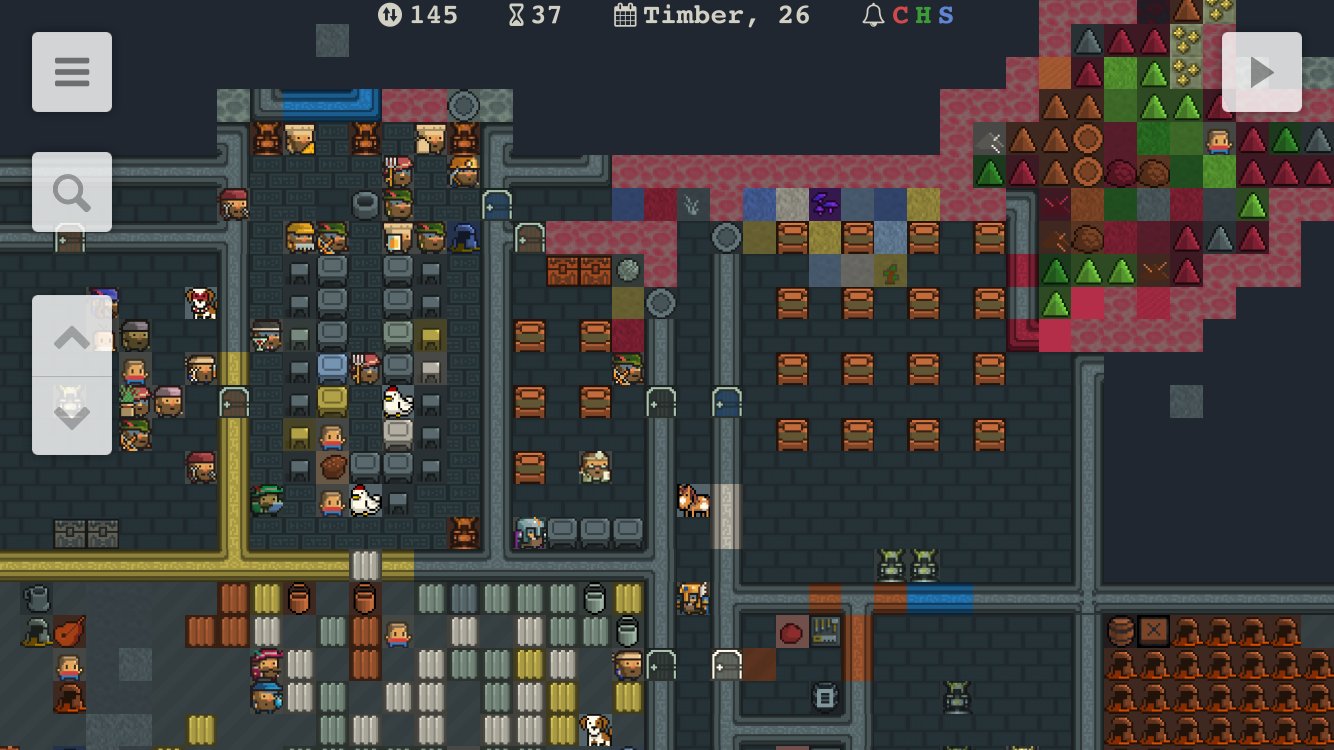 This is the first time I have seen the chief medical dwarf actually do any doctoring. He’s usually in a constant state of drinking and partying to the point where the farmers and other non-medical dwarves are diagnosing and setting bones.

Today I learned that fortresses have names. So, welcome to Outpost Stizashoddom. Population 7.

At this (early early) point in the game, I have started breaking away from the tutorials now that I have become somewhat self sufficient by learning to produce food, build things, etc. I still don’t have much of an idea in regards to what I should be doing or preparing for but I figured that sporadic wiki searching + figuring it out on my own is more fun than following a step by step tutorial.

I dug out a dedicated section for living quarters on level B1 and moved all of the beds over from the B2 dormitory. Dwarves, like the rest of us, seem to enjoy having their own living quarters. Each room is 2×2 and contains a bed, chest, and a door. I have also created separate stockpiles for wood, food, and furniture (room to the right of the bedrooms). It’s a bit easier to keep track of items visually, now that everything isn’t lumped together in one room. 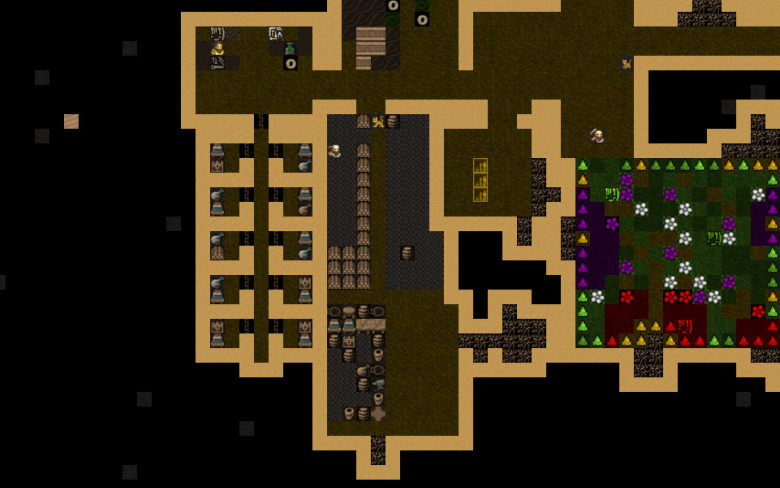 The south most room in level B2 is now a dedicated eating area. The north most room now containing a mason let workshop.The fortress is layed out in a somewhat random manner but it is what it is 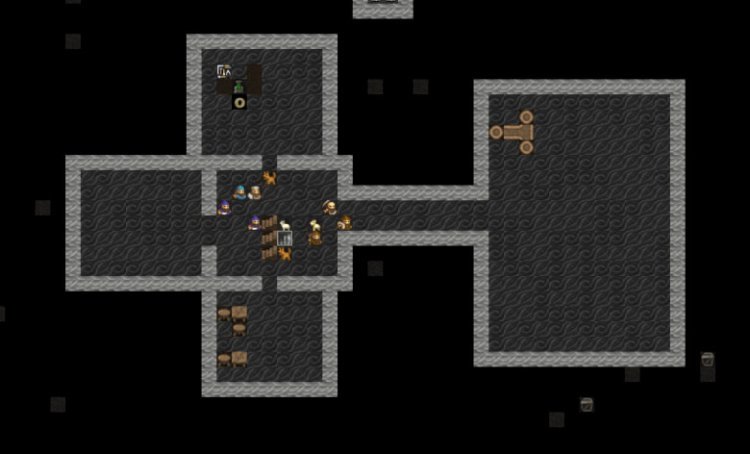 I noticed that my stockpiles had a weird purpley icon on them that I haven’t seen before. Upon further inspection, it appears that they are hamster remains. According to the Internet, vermin remains do not generate miasma (whatever that does sounds not so good), so it may not matter I guess? Regardless, I wouldn’t want hamster remains in MY stockpiles. Pretty sure that I need to adjust where refuse is kept or something along those lines 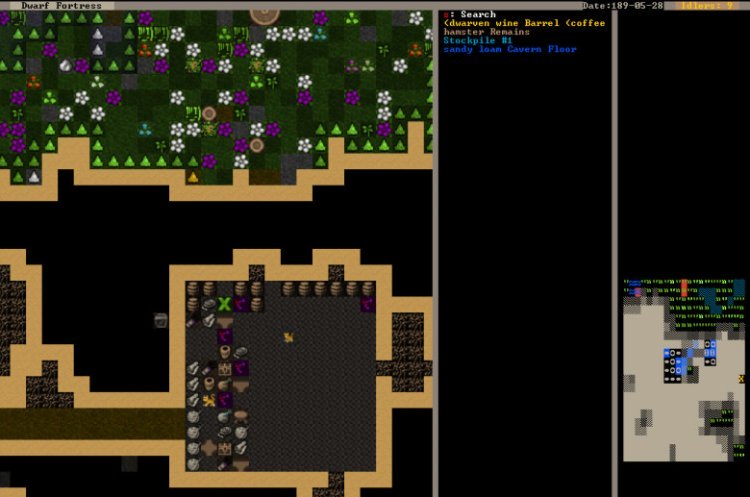 Since my fortress is essentially a giant open hole in the ground, I built this wall thing around the entrance area. I am not sure how one would go about making a gate at this point. I queued up several doors at the woodworking station but for some reason the dwarf assigned to said station has been on “break” for about a month. 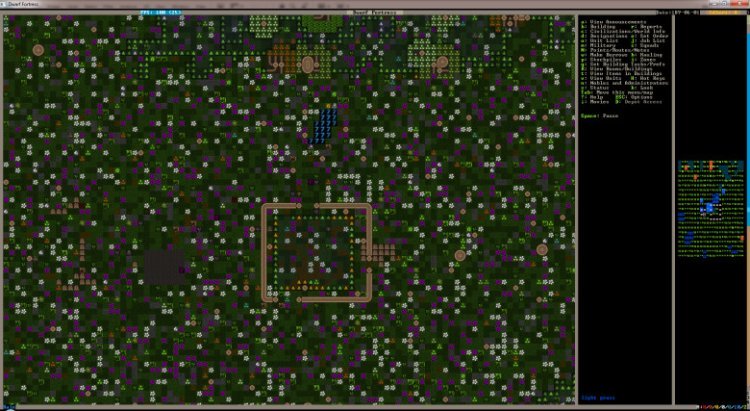 High points so far: A few of the bedrooms have been claimed so that dwarves are actually sleeping on actual comfy beds and not in the designated common area on B2. A few migrates have arrived, adding to the population. Have not starved to death or otherwise. Well, other than animals that is. A Donkey and a Water Buffalo Cow starved to death :< 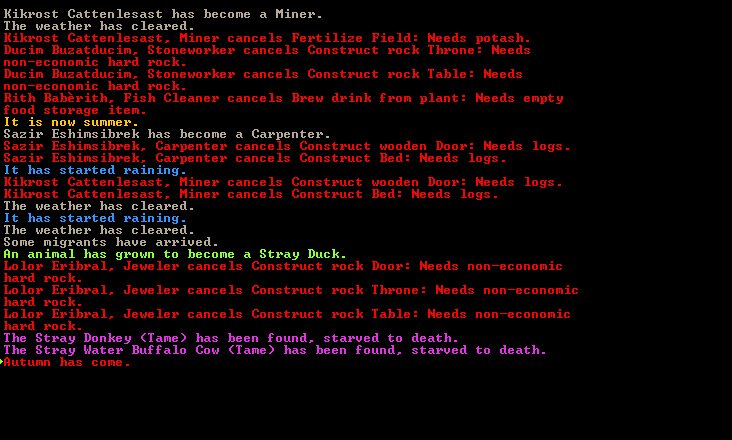 My stockpile records are lacking. The game recommended that I assign a bookkeeper. So, Ducim Buzatducim is now the official bookkeeper by virtue of random assignment. Both bookkeeper and expedition leader are titles of nobility. As such, both Ducim and Datan will require special quarters (pictured below, to the left side of the fortress). I also assigned a random dwarf to the title of manager because I wanted to see what that did. At some point in the game I may have to shuffle titles of nobility around to dwarves who posses actual skills relevant for that office.

Also, certain offices apparently need to have a study in order to function. For lack of a better place to put them, I built a manager’s office and a bookkeeper’s office somewhat mixed into the nobility quarters. A single chair, preferably not overlapping with any other function (such as dining or bedroom) is all that is needed for a study. As you can see below, all rooms are way bigger than they need to be. There’s not a whole lot that I can do about that at the moment I guess. 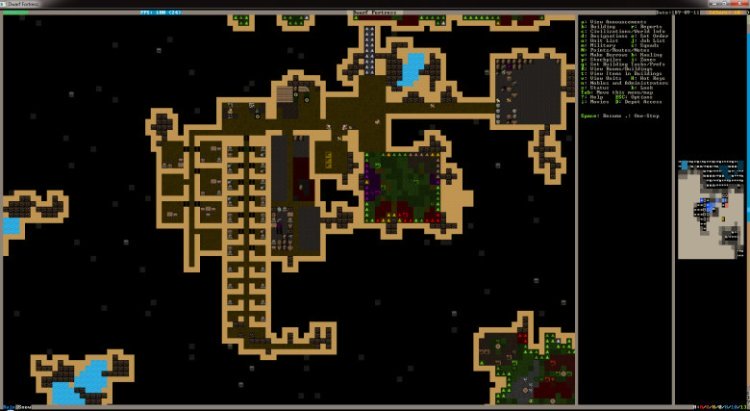 Kol Emalushat has been possessed! I don’t have any clue as to what that means but I guess we will find out during my next play session. 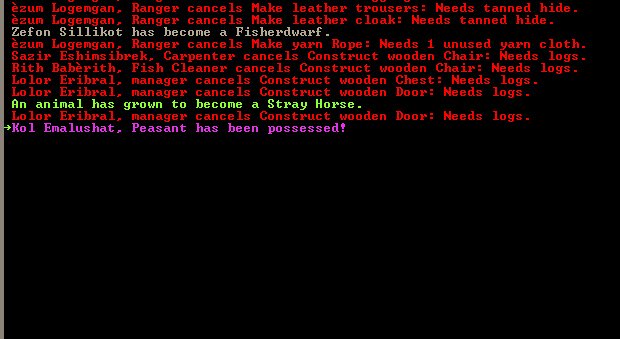 Started playing Dwarf Fortress. I am using the Lazynewb pack with one of the included graphical tilesets, which makes it a bit more digestible for a new player. Achievements for today’s game progress include: Figuring out how to not starve over the course of x game months, brewing alcohol, assigning a bedroom. As you can see, not what I would consider the best and most robust fortress design but hey I figured out how to build something! (With the help of a tutorial). 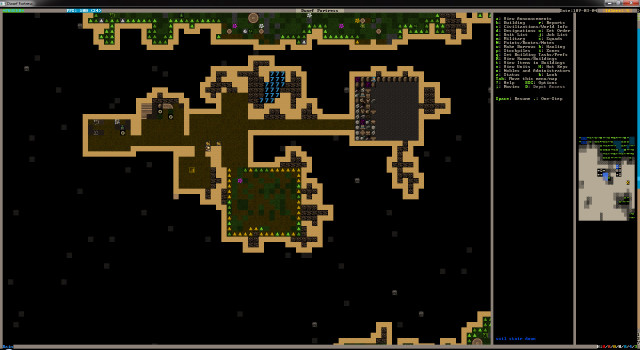 …and here would be the aforementioned bedroom (giant room to the right). It is way too big. I had attempted to correct it by building walls around each of the beds but it looks even weirder now. In the future I will probably section off an area at the end of a long hallway with a bunch of either 1×1 or 2×2 rooms. I haven’t figured out what to do with the animals yet and am surprised that they are still alive. That shall be tonight’s project. 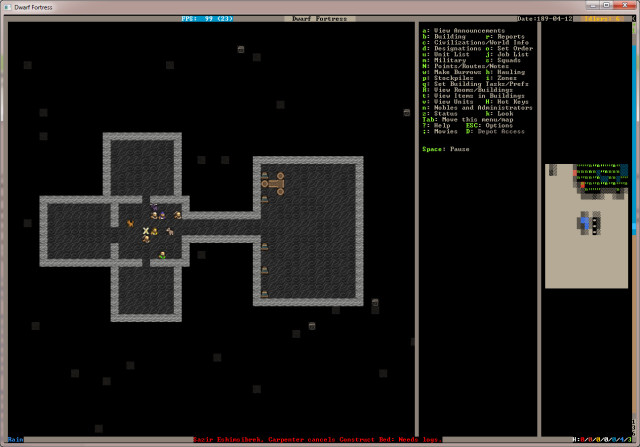