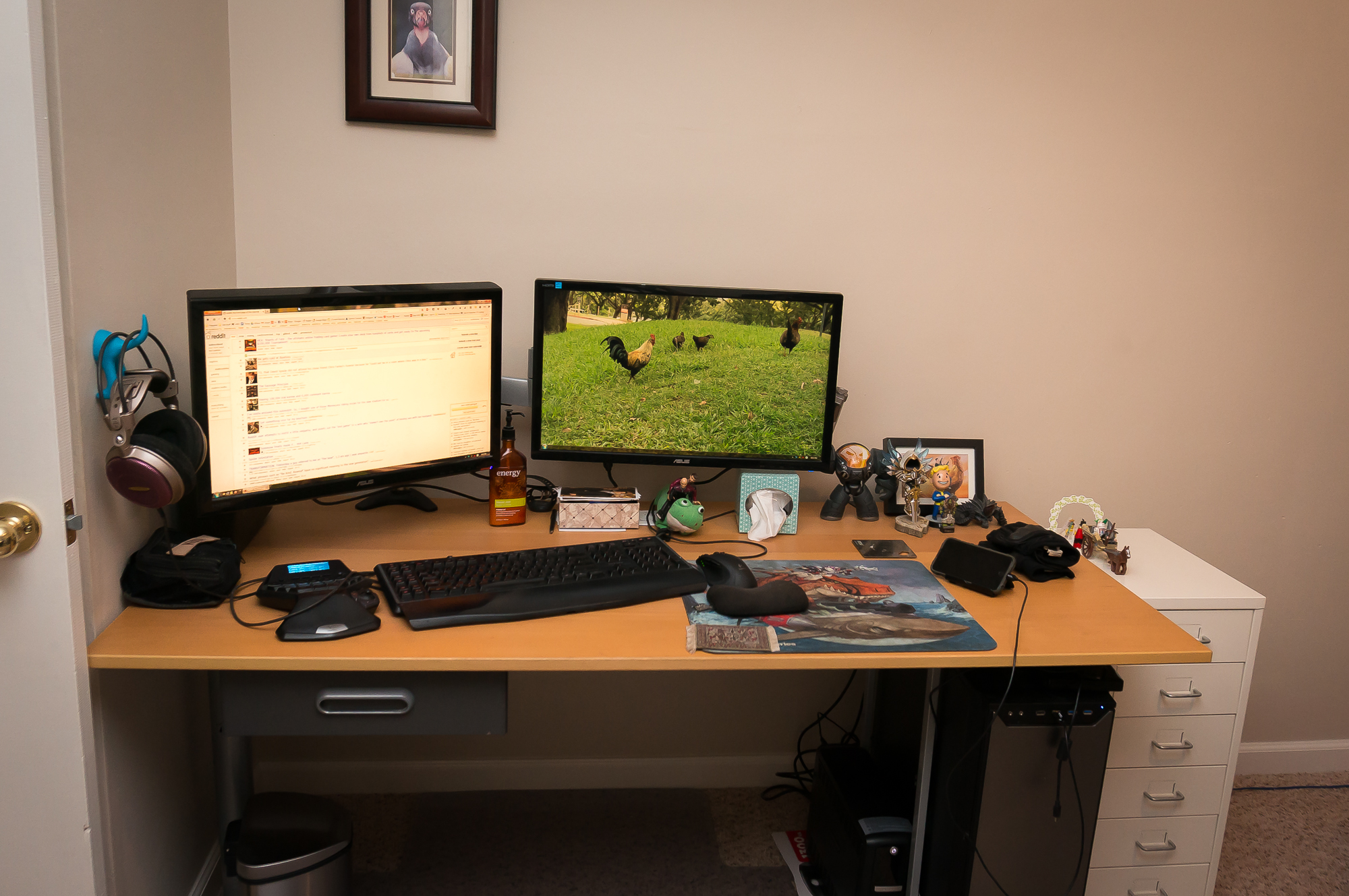 Now that we’ve moved and have unpacked most items, I figured I should update the battlestation gallery. Same equipment as the previous battlestation photo in the gallery save for a new UPS that we picked up at Costco recently. Now that we have an actual dedicated office for the computers, the television sadly, is no longer being used as my third monitor (via Synergy). If I wish to watch TV on the actual television and not on one of the screens, I now have to walk to another room. Oh the struggle is real /sacrasm.

I am in dire need of things to hang on the wall. The picture of the vulture by the way is a family inside joke. 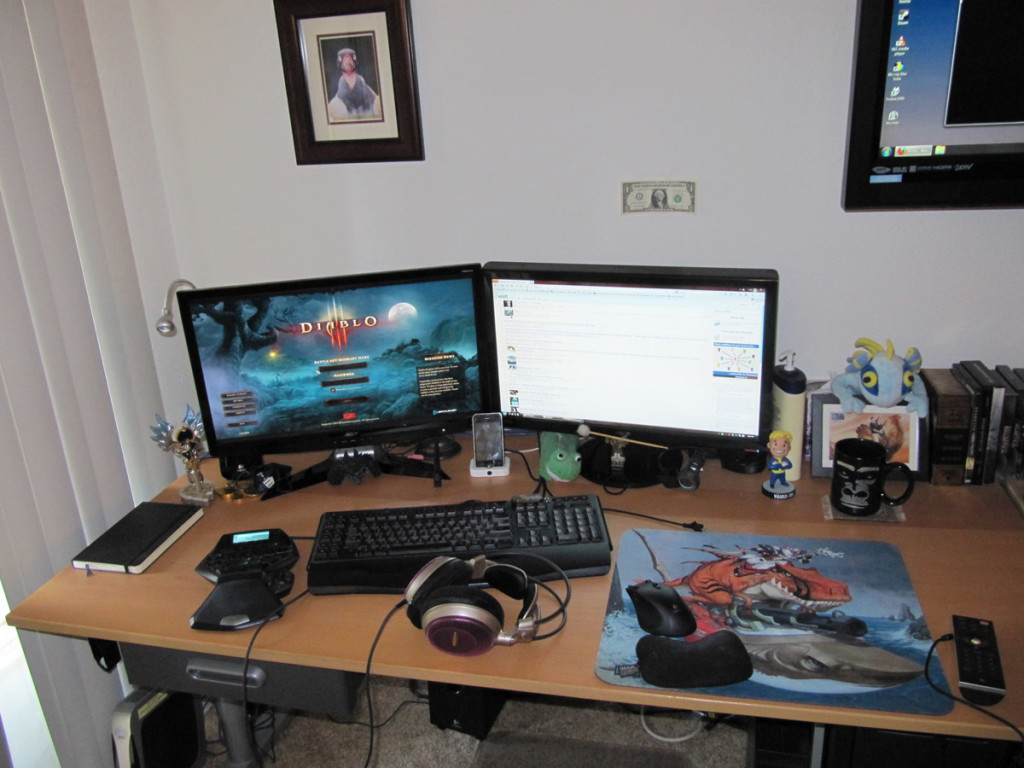 I took the liberty of tidying up my workspace for once and figured that it would be nice to take a photo for posterity. Unfortunately, my desk doesn’t really get too much cleaner that this, but whatever. So, this (top right picture) would be my current battlestation setup; And this would be both of our desks as of a month or two ago (don’t ask why the desks are colored differently…lol). Current computer specs for the machine that I built 3 months ago.

I am looking into purchasing desk mountable dual monitor arms. I have seen a few cheap options and Fry’s, but the build quality as well as the degree of articulation was a bit suspect. The arms specifically, must be able to adjust vertically since my monitor are of slightly different sizes and do not align perfectly unless I place a book underneath the right monitor. I may order these. If I do setup the arms, I guess that means I will have to cleanup all of the stuff that I hide behind my monitors… 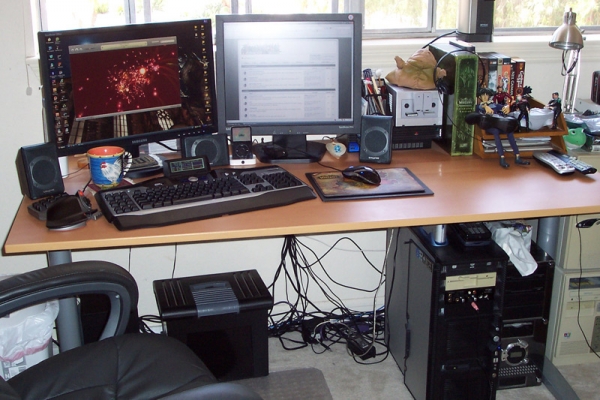 I like reading the “Reader WoWspace of the Week” articles over on WoWInsider. It’s interesting seeing where other people play, in addition to giving me purchasing ideas (naughty naughty, I spend enough on “stupid computer crap” and “personal ergonomic comfort.”) Figured I would do my own:

Built it during early August right when the socket 939 chips and boards dropped significantly in price. Had originally purchased a Radeon x1800XT, but it was a bad. Returned it to Newegg and bought a cheaper NVidia card in its stead. Figured that I would eventually replace it with a DX10 card. 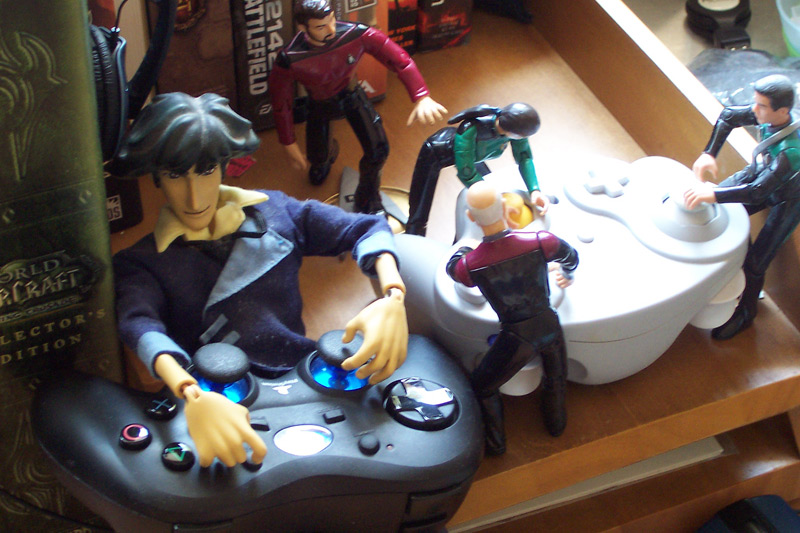 I just cleaned my desk, otherwise there would be food and an assortment of paper work everywhere.