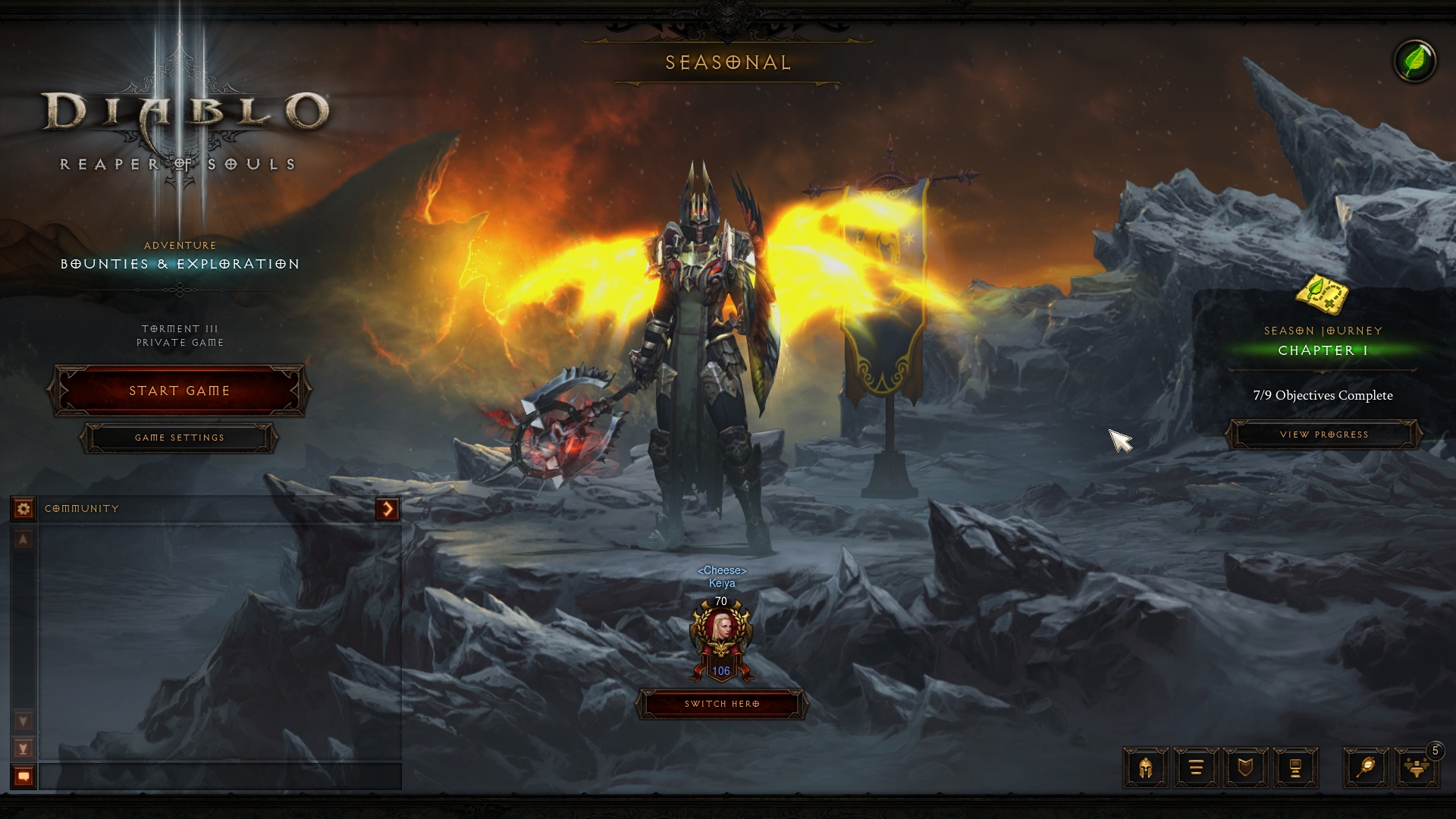 I am making a feeble attempt at posting more often.

I had an odd urge and almost MMO relapsed into resubscribing to Final Fantasy XIV a couple of days ago. But, I had remembered how much of a drag early combat was and how much of the main quest line was gated fairly early on in the game. It’s not necessarily that bad of a thing to force people to run instances early on in the game I guess, but it’s not really what I was looking for. I had every intent on enjoying the game solo and then grouping for middle-high levelish instances with the intent of eventually finding a suitable guild, etc. Well, that and newbie instances are such a drag.

Everyone says that Final Fantasy XIV’s story is really good but do they mean good as in on par with narrative games or good as in not shit/decent for an MMO? I am legitimately curious. If I had a regular group of people also leveling through FFXIV, I am sure that the game would be much more fun. But that said, I am not sure I am interested in playing an MMO at the moment anyway.

I did however, pick up Diablo III. My husband was so kind as to power level my season 5 crusader to level 70 paragon 100+ so that we can play together in some capacity. The downside of course of power leveling a class being that I have limited knowledge as to what exactly I am supposed to be doing with my crusader.

Diablo III isn’t exactly that complicated game so at this point, I am sure it is a matter of sorting through the mounds of phat lootz and set items, picking out the best ones/gemming/re-rolling stats, and then basing a build off of that. I can at least, not be insta-gibbed while being carried through some of the harder rifts though jumping into Torment X was a bit…much lol. TL;DR: Pew pew pew with friends = much fun.

First off: I guess this really isn’t within the wheelhouse of topics that I usually post about on this site but if you can spare some change, a donation to support Team Ashely for the Cystic Fibrosis Foundation would be very much appreciated. It’s a good cause to support a good friend.

The 4 games that I have been playing recently are: Diablo III and FTL: Advanced Edition on my computer and then Threes and Neuroshima Hex on my phone (damn fine strategy board game available for both iOS and Android if anyone is looking for one). Diablo wise: I kind of want to switch back to my stun build because of the bracers that dropped last week, but I kind of don’t want to give up the movement speed bonus from the Tempest Rush build despite the fact that I’m not sure it really is all that damage efficient. Well, that and the fact that it is a kind of a squishy build as I am almost completely reliant on movement speed bonuses, which is fine and dandy until I get jailed or teleported into the middle of a green/arcane/fire poo pile in between seven sided strike cooldowns :/.

Site wise: I changed the layout/format of the seldom updated image gallery a bit and added a new category (I like birds and apparently they occupy like half of the photos that I take).

As pointed out by someone on /r/Diablo, the reason why he absolutely cannot stop talking about how much he did or did not eat today (same voice actor apparently).

As depicted in the video above (torment 1), I have been tinkering with a Tempest Rush farming build. Running around constantly is a much more gratifying experience than my previous style of play which was effectively, staying in one spot, occasionally moving out of poop, and tapping a few buttons. However also as depicted in the video above, I am not quite geared properly for this build so it’s not really as efficient as it really could be to say the least. Bottom line: Yay, even more rerolling already rerolled stats. Yay more material farming.

Getting stunned into place is pretty much death. So, gingerly avoiding being on the business side of certain mobs is rather important but luckily not too difficult given that most hard hitters and stunners telegraph their abilities by a fair bit. I may replace one of my passives for Chant of Resonance so that I can keep Mantra of Conviction up. Once I get another piece of gear with spirit regen I can probably swap out exalted soul for something else. 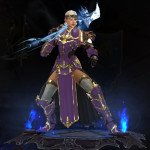 My monk is currently at level 70 paragon 53. We have been clearing through Torment 1 Adventure Mode content without any real difficulty, My damage is still fairly low (pushing not quite 300k), but moderately useful items have at least been dropping for me lately. Recent spoils: Xephirian Amulet, Fists of Thunder, and Vigilance.

This build is what I have been running with lately. I swapped out Deadly Reach and Sweeping Wind for Way of the Hundred Fists: FoF and Mystic Ally. If I recall correctly, WoHF:FoF is the highest DPS spirit spender at the moment, but it does not generate as much spirit as DR and does not synergize with elemental bonuses. Once the RNGesus chooses to favor me in my endeavor to acquire +lightning damage items, I shall swap my build over yet again. Fire Ally seems to be okay? I am unsure how it compares damage wise with SW:CS with my current gear, but I kind of got tired of repeatedly having to recast Sweeping Wind every time I lost momentum or had to stop to look at gear drops, go AFK, and the like.

LTK:SS and DS are more or less staples for any of my builds. 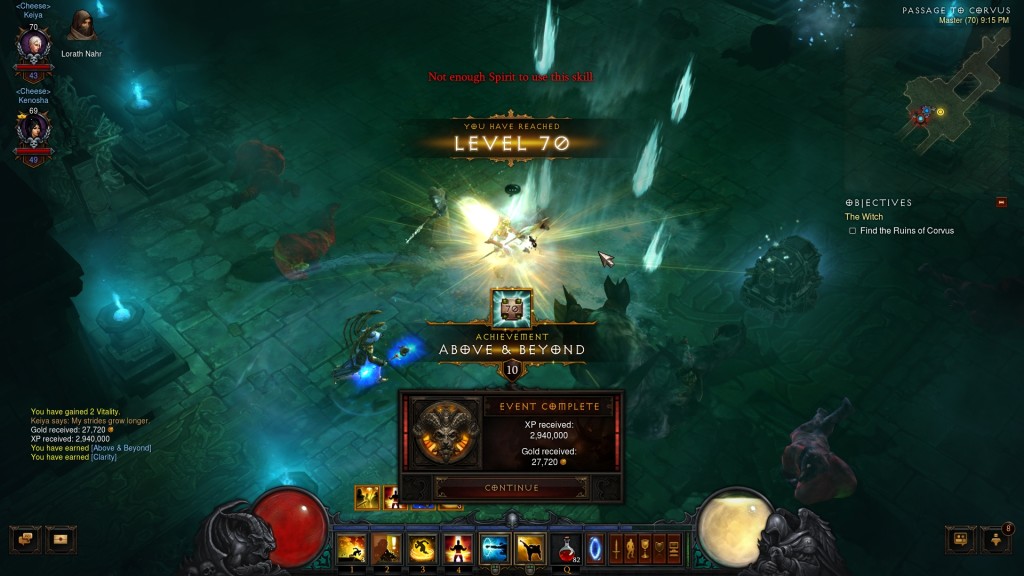 Yes I bought it and yes it is fun. I haven’t though yet had a chance to try out adventure mode because we are still poking our way through the new act. From what I hear, it’s the new cool thing to do and it appears to be really the only thing that anyone else on my friends list other than Dave and myself ever does in the game.

The new enchanting ability is probably one of my favorite additions to the game. I can’t tell you how any drops I have received were literally off by one stat or buffed the wrong ability. Enchanting is kind of like WoW gear reforging with an RNG element. Don’t like that one shit stat on that legendary drop? Well, you can now reroll any one property on any piece of gear for crating material costs. You have the ability to preview what the possible outcomes are before spending the materials. After you enchant, two random picks will be selected and you will have the option of either keeping the original stat or selecting one of the two.

We have been progressively lowering the difficulty down from torment III to master as we have progressed through Act V and have subsequently discovered that we are way undergeared for expansion pack torment difficulties. Well that and, we kind of what just casually make our way through the new content at least once without being too worried about getting reamed by an elite mob. We’ll worry about the finer art of gear farming and what not at a later point in time.

On the D3 Auction House Removal

When we initially designed and implemented the auction houses, the driving goal was to provide a convenient and secure system for trades. But as we’ve mentioned on different occasions, it became increasingly clear that despite the benefits of the AH system and the fact that many players around the world use it, it ultimately undermines Diablo’s core game play: kill monsters to get cool loot. With that in mind, we want to let everyone know that we’ve decided to remove the gold and real-money auction house system from Diablo III.

Better late than never I guess? Killing monsters and getting cool loot to use, what a novel concept. I think, the feeling that the entire game (loot system especially) revolved around forcing you to use the AH in order to be viable in the higher difficulties killed Diablo 3 for me. Very interested in seeing how Blizzard plans on remedying the drop system in Loot 2.0, in which I assume will be a pre-patch for the expansion.

Regarding this article and this statement:

…that only a small percentage of players would use it and that the price of items would limit how many were listed and sold.

I do appreciate the admission of fault, no matter how late but, what? How could you not have expected absolutely everyone to use the auction house, especially when everyone has been bitching about it from day 1? Low hanging fruit theory states that players will more likely than not, take the path of least resistance to upgrade gear. In Diablo 3’s case, that is the auction house, as it is the easiest if not the only way (good luck with actual drops) of obtaining high level upgrades.

I mean, this game is so centered around the gearing treadmill that just about everything that you do is influenced by how well equipped you are. D3 almost forces you to use it.

Regarding the Diablo 3 RMAH

At long last, my dreams have come into fruition; I can retire swimming in fruits of my non-labor. Well, not really but the best kind of habit is a self sustaining one. I posted a few a few iLevel 61 and 62 items on the RMAH last night for shits and giggles. Lo-and-behold, when I logged in this morning one had actually sold for $19. I have absolutely no plans on ever spending real cash on virtual items and I still can’t belive that someone paid that much money for a kind of crap-ass item but hey, the RMAH isn’t that bad I suppose…

Can anyone guess what we have been doing lately? During every single non-work moment? I don’t think my third hard drive likes me anymore or something, as the recording framerate seems to drop (in game performance is fine, videos are just choppy). Oh well, whatever. I didn’t find Act I to be particularly challenging, save for a few special mob combinations (screw vortex, molten, arcane enchanted, illusionist groups lol).

Act II on the other hand is such a huge jump in difficulty. I can trudge through it, but it would be quite nice not to get gang banged by every special pack of mobs. The thing that sucks about it is that, I am pretty sure that the gear that I really need, which would be about twice the resistance that I currently have, drops in Act II and Act III inferno. That, or I just have horrid drop luck (also pretty sure that this is true).