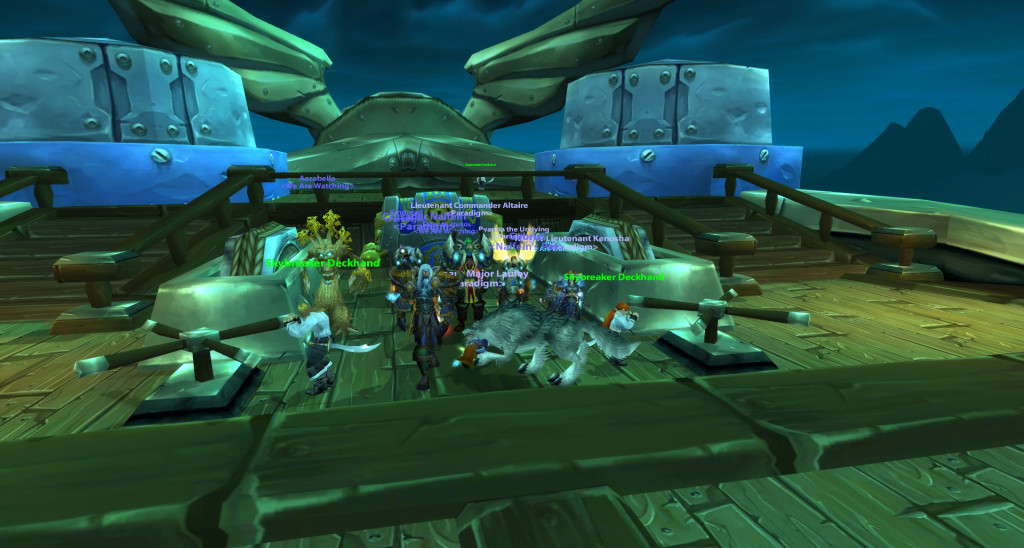 I’m having a lot of fun doing the new content. We got Marrowgar, Lady Deathwhisper and the Airship down last Friday, which was nice after kind of a slow raid the week before. Improvement is nice! Deathbringer might have gone down if my internet hadn’t decided to take a huge dump on me. We are still well within the awkward attendance threshold though in that there is an interest in getting back to into guild only 25-man raids, but not enough people (the semi-PuGs just aren’t the same. Fuck random people).

I keep meaning to run the new 5-mans (hilt hilt hilt hilt) and the daily random more regularly, but a longish commute during rush hour sort of kills a significant portion of my play time. I got a few more tanking upgrades though during last week’s raid and from badges, etc. I really need to work on improving that gear and macro set (awesome guild member posted a bunch of really good ones on the forum a while ago, must find). My raid time is actually pretty evenly split between tanking and DPSing at the moment, with perhaps a slight bias towards DPSing.

Other games that I have been playing: Modern Warfare 2 was fun. I am not really certain has to how much value I received for my $50 given that the single player campaign is short and the multiplayer is gimped to hell. Like the first  game, MW2 retains the same fast pacing and excellent narrative. But at the same time, there are many instances where the game feels distinctly on rails with whack-a-mole-esque gameplay and obviously triggered scenes. Lots of fun either way. I wish there was a co-op option for the entire campaign rather than select missions. More games need co-op.

But anyway, since it is unlikely that I will squeeze out another post before the end of the year: I hope everyone has a Merry Christmas and a Happy New Year.