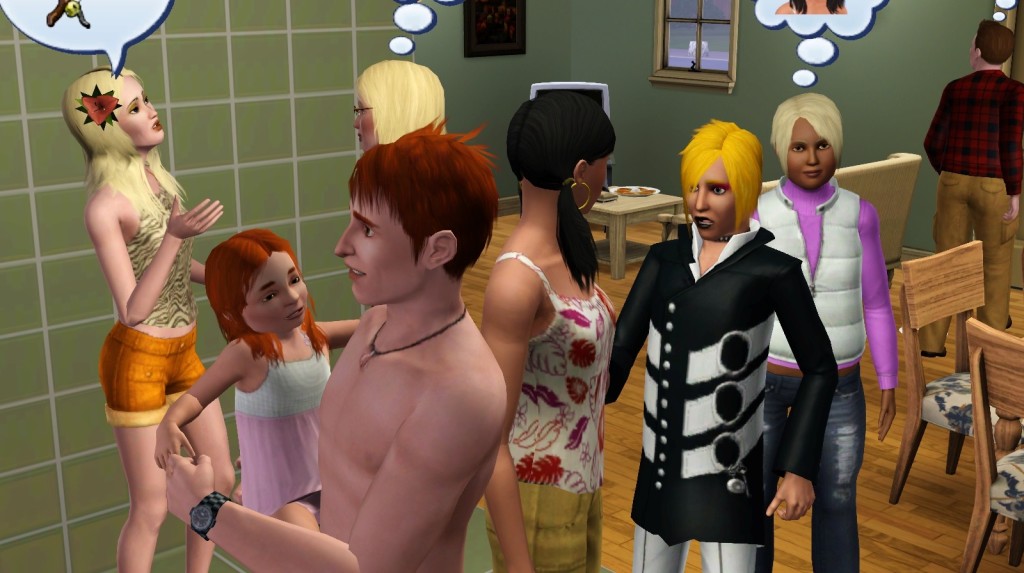 You know, I had these grand plans of actually posting and updating this on a regular basis throughout the month of June; I even typed out a few post drafts. But then The Sims 3 came out (as well as several other things) and I started semi-obsessively playing it. As such, I feel obligated to post about it.

The Sims 3 in a way feels fundamentally different than The Sims 2, though at heart, the same. For one, sims aren’t trapped on their lots anymore. The entire neighborhood is one seamless area, allowing sims to visit neighbors and go into town without having to load areas. Time also progresses universally throughout the neighborhood, so no more going out for a full day, only to return to a lot that hasn’t changed since you left.

You now live in a persistent world. It’s fluid and growing; the new Story Progression feature keeps it as such. Sims outside of your active household will also grow up, fall in love, have children, live their lives and die. Gone is the need to micromanage every single household in order to avoid the awkwardness of being the same age as your great great great uncle (accidental incest is bad).

Story progression though does have strange moments: Computer spawned babies apparently need only one parent. For example, I created a small family consisting of a father and son, moved them into their own house and then left them to their own NPC devices (I wanted interesting neighbors). Several days later, a baby popped out of nowhere. I guess this is the way that the game balances itself, which is alright though someone artificial feeling. 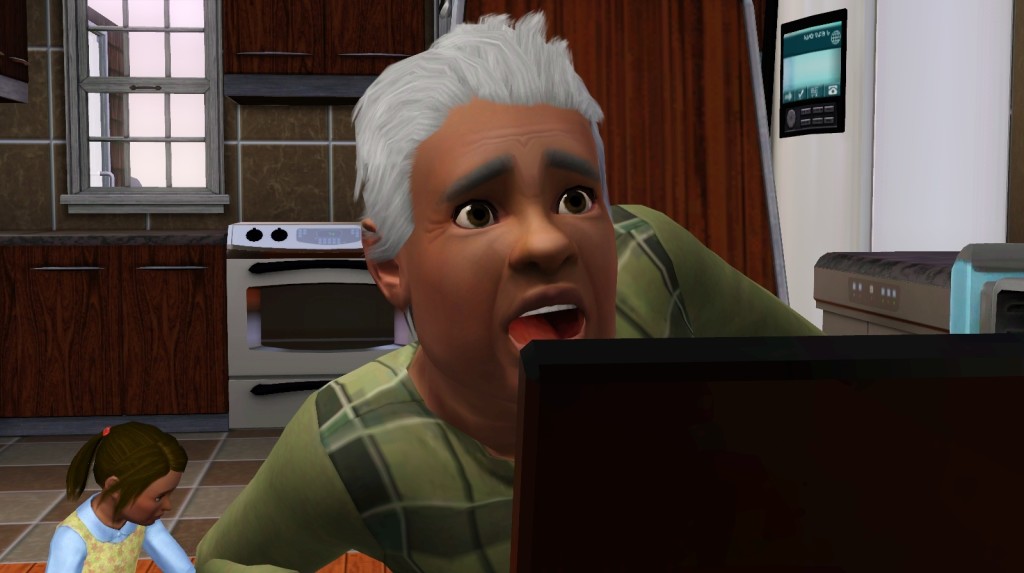 The game feels geared towards a single family play. You can swap households, but doing so feels a bit cumbersome in that it requires quite a few mouse clicks (go to the edit neighborhood screen, click change active household, choose the household, etc). When you swap households, short term wishes are reset and you run the risk of story progression doing something negative to that family unless you toggle it off. If you were one of those Sims 2 players who insisted on having absolute control over every household, this change mightfrustrate you somewhat.

Daily life feels like much less of a grind, much of the sim needs and daily micromanagement has either been streamlined or reduced, leaving more time for storytelling and antics. Yours sims don’t need to pee or shower as often and you are able to throw out trash and put items away yourself, rather than having to wait for your sim to do it.

Your Sim’s current ‘state’ is based off of a new moodlets system. Certain activities and conditions will give a buff or debuff to your mood. Each moodlet lasts for a certain duration; Being in a good mood positively influences work performance and social interactions.

You can also change the color and texture of virtually every surface and clothing item in the game. Even so, there is a distinct feeling that EA is holding back on items for the sake of eitherre-releasing them in an expansion pack or on their online store. Where’s the piano and hot tub? 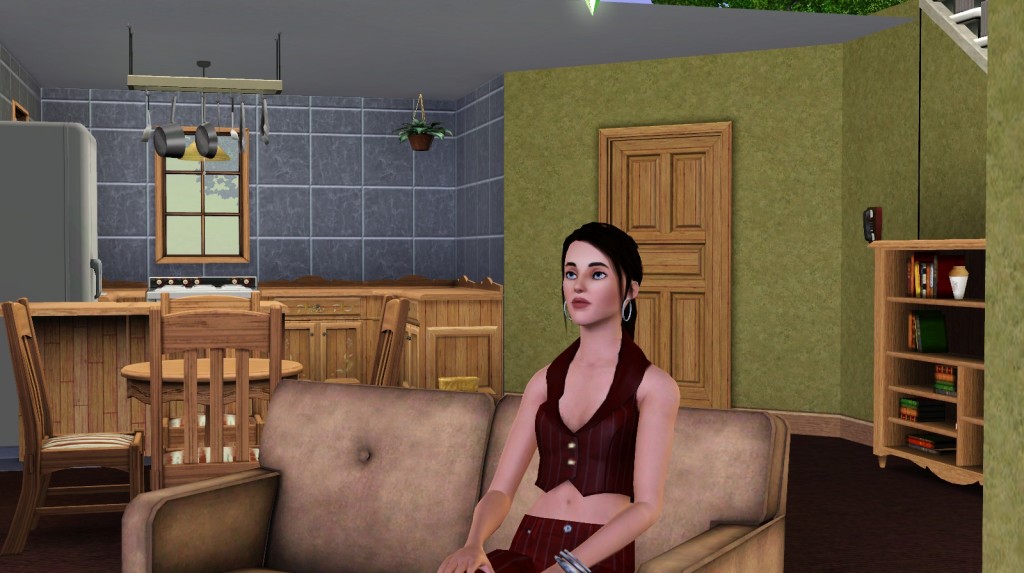 The Sims 3 also runs notably smoother than The Sims 2, even on very large lots with a surplus of items. Keep in mind though, that this is the base game, minus any expansion packs. We will see if this performance improvement holds up in a year or two…

Anyway, there are dozens of fun changes and game mechanics that I skipped over (the traits system, collectibles, body shapes, etc). In short, it’s fun. So fun that it has ate up my urge to do much of anything else during the period of free time that I set aside for gaming and stuff like that. If you enjoyed the other Sims games, you will most definitely enjoy The Sims 3.