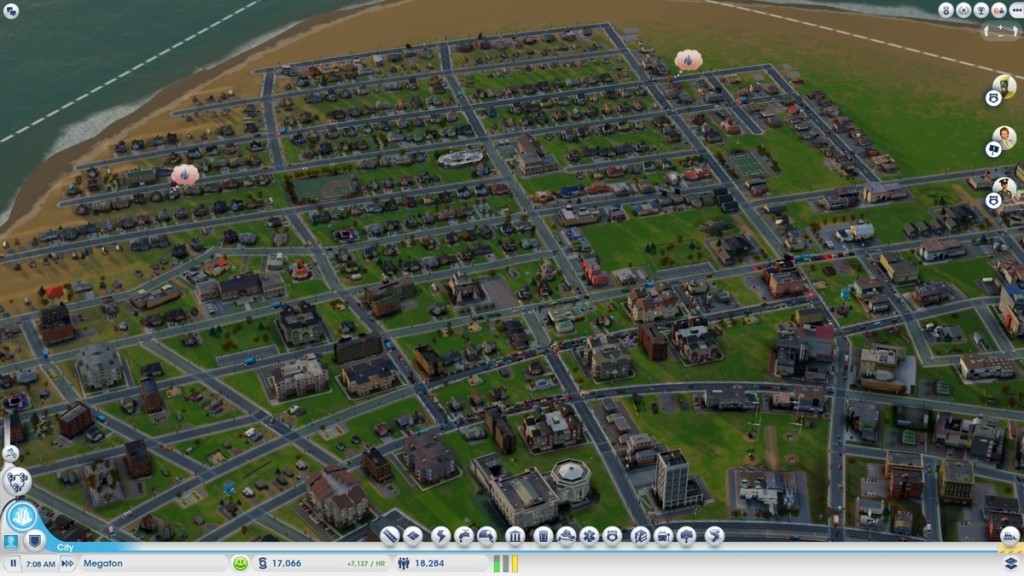 Against my better judgement (always on DRM), I purchased SimCity off of Origin. It is to say the least, kind of sad that I never really expected to be able to play this game on launch because of the expected massive server fail, particularly for a title that is and always has been a single player game as a whole. As a general rule of thumb, I try not to pass judgement on an MMO based off of launch performance but Sim City? Isn’t this supposed to be the game that we play when the Internet is down?

I will try to evaluate this title as a new game or more accurately, a series reboot rather than a true sequel to Sim City 4 because from for everything that I have heard it really is most definitely not a true successor to Sim City 4, and if that is what you are expecting, disappointment will be had. But that said, aside from a fairly slow initial download (“processing large files”), I was able to connect to the west coast US servers without any queuing, play as well as resume my saved games without any problems for the entire evening.

The smaller city sizes do feel fairly restrictive. Within one evening’s worth of play, I was able to build across the entire map. The trick now, will be to grow via optimization in place of map expansion. Despite the DRM hoopla and what not, SimCity is an extremely engrossing and fun game to play.

Edit: Not so much luck tonight! It took us about a half hour to successfully create and then join a game together after many failed attempts at relogging into our Origin accounts, readding each other etc. We were actually able to play for about an hour and a half until we got booted again. Poop. 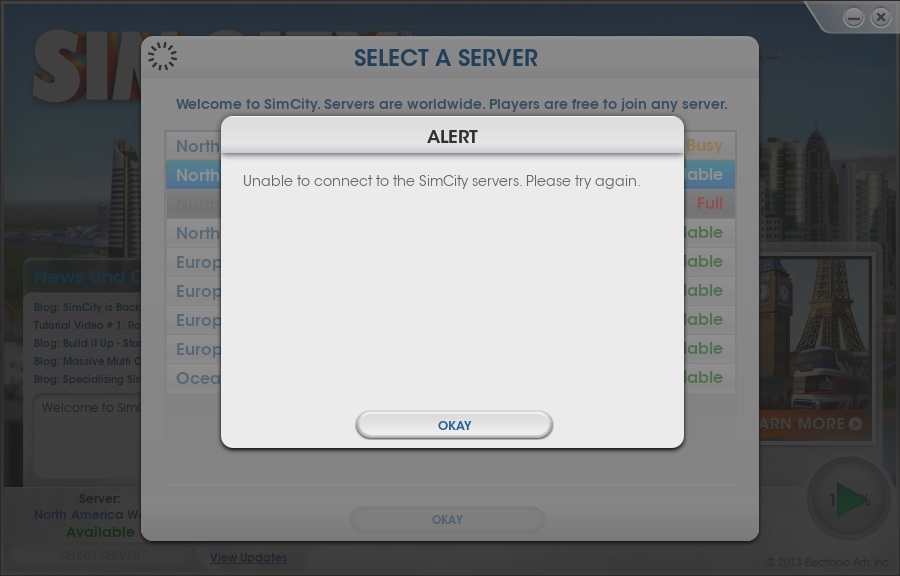 Next ArticleMore on SimCity