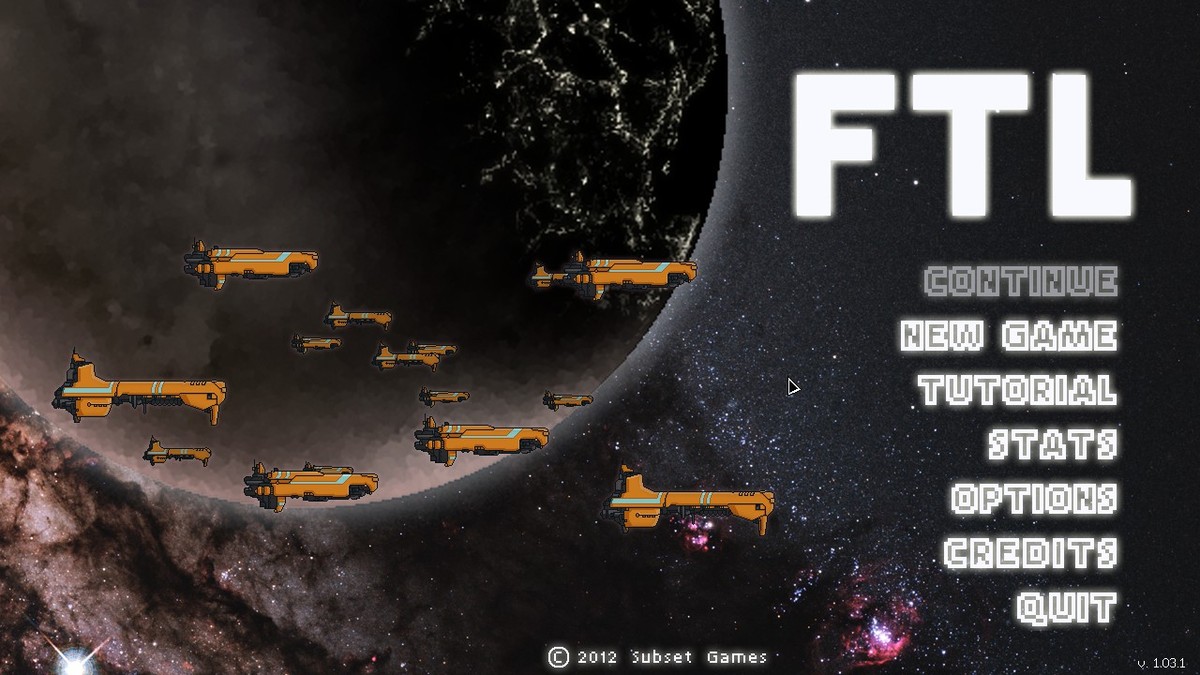 I keep meaning to post about this game. Even though I purchased FTL some time ago and have since set it down for the most part, it’s one of the more fun titles that I have played in recent memory. I’ve actually known about it for quite some time; It was a Kickstarter if I recall correctly. In addition to a huge chunk of my Steam friends constantly playing FTL, I am pretty sure that I read or heard about it on most of the gaming sites, podcasts, and streams that I follow. And yet, I still managed to blow this game off completely until it went on sale a month or two (or three) ago. 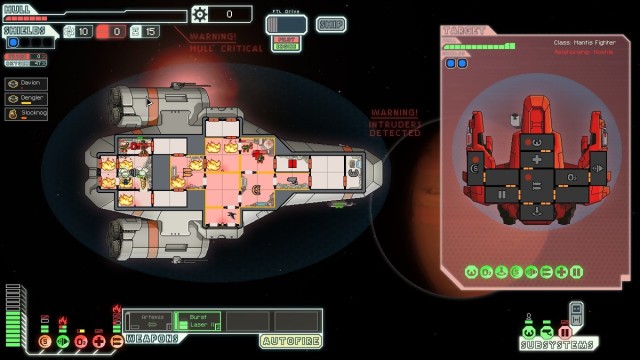 FTL is a rogue-ish resource management strategy game set in space. You are tasked with delivering a critical message to the Federation fleet, which will take you across 8 sectors. Each sector contains a number of star systems to jump to; All the while the nefarious rebels are nipping at your heels. Ignore the fact that graphically, FTL looks like it probably belongs on phone or something, that really is not important. While it isn’t exactly the prettiest plate on the shelf, it’s one of those games that is hard to put down. Game content is largely based on randomization. What each sector contains, what you get from each encounter and what each store has in supply is pretty much up to the RNG.

FTL is hard proof that losing can be fun and it better be because you will lose quite a bit in this title. It’s well worth picking up and probably one of the best deals in terms of play time per dollar.