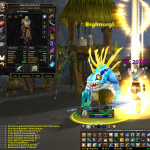 Ding 71!I hope everyone is having fun in Northrend, I know I am! :). I’ll sort through my screenshots from release day and post a couple below a cut, picture blog style after work.

The sever queue was at around 700 as of 6:30pm last night. It took a half hour to log on. Other than that bit, I was honestly impressed: In contrast to what was posted earlier, neither the world nor the instance server crashed at all. Hell, the game wasn’t even laggy at any point during prime time which is just astounding for Proudmoore. So my hats off to you Blizzard: Whatever it is that you did to the servers during the long ass maintenance on Tuesday obviously did good.

The new areas look really nice. WoW is almost exactly four years old and it still looks good, that is quite an achievement. The graphical improvement isn’t a huge jump, it’s more subtle and it’s for the most part, in the new areas. For example: Compare, the textures and shadowing from Valiance Keep to the old world cities like Stormwind; Particularly the difference in the wood and stone detailing at different zoom ranges.

Coriel’s has a great idea, I don’t know why I didn’t think of doing this last night: I am going to turn Instant Quest Text off to force myself to actually read everything. I tried doing that last night but still ended up skimming most everything, it’s really hard to not rush. I want to get to 80 as fast as possible, but I also want to enjoy questing.

Anyway, leveling takes quite a bit longer, naturally. I hit level 71 at 12:30am last night (technically this morning). Dinging 71 was my goal for the evening; I was pretty sure that I wasn’t to make it because it was already late but ummm…chose to stay up a little longer. Just one more quest! Sleeping is overrated.

I should have paid more attention to the new item models instead of disenchanting them immediately without at least an armory preview. I already chanted two pieces of gear using the new recipes. I shouldn’t have done that. Tonight I am going to skill whatever I can off of my Burning Crusade shard stash. Leveling Blacksmithing will have to wait until I get ore from my hunter.

Fresh off the boat :). Well sort of, I think I’m actually running out of the keep. 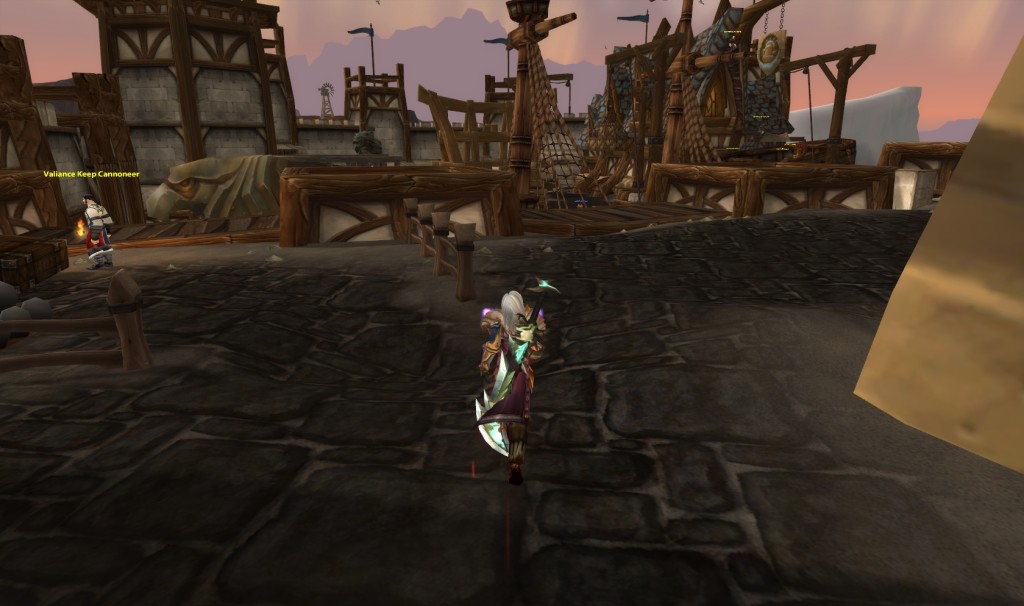 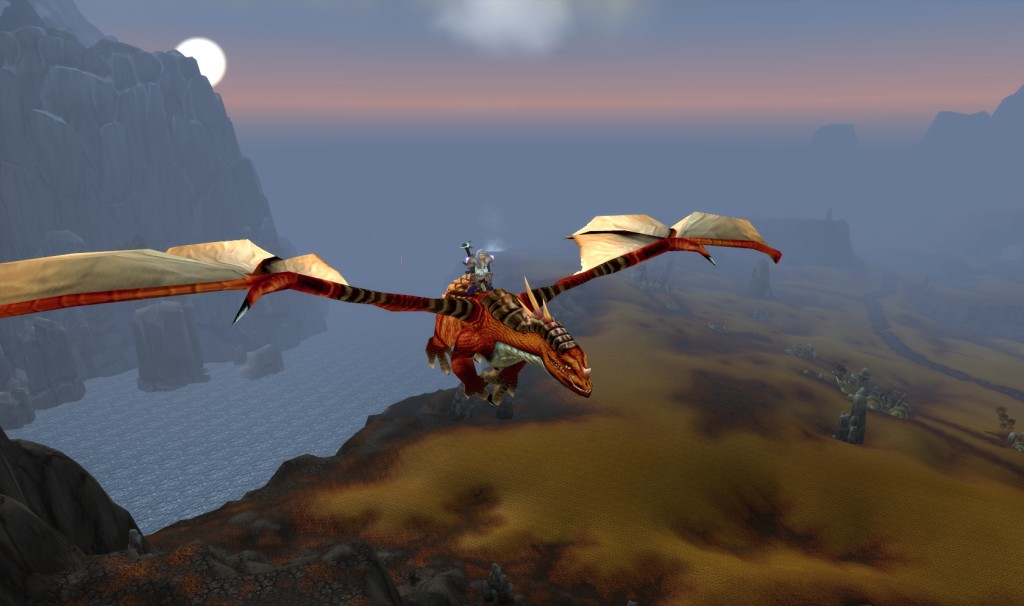 Inside of Talramas, the crashed necropolis dead north in BT 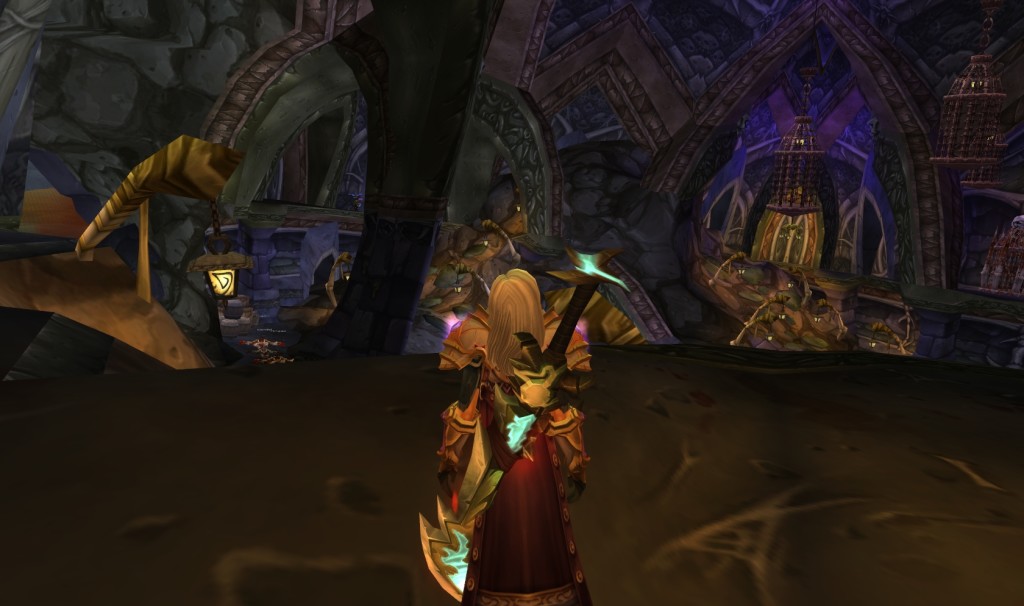 Did an Uthgrade Keep run with guildmates. I should haveÂ  taken a better screenshot. I kind of got a pic of the ass end of the neat looking fire thing. 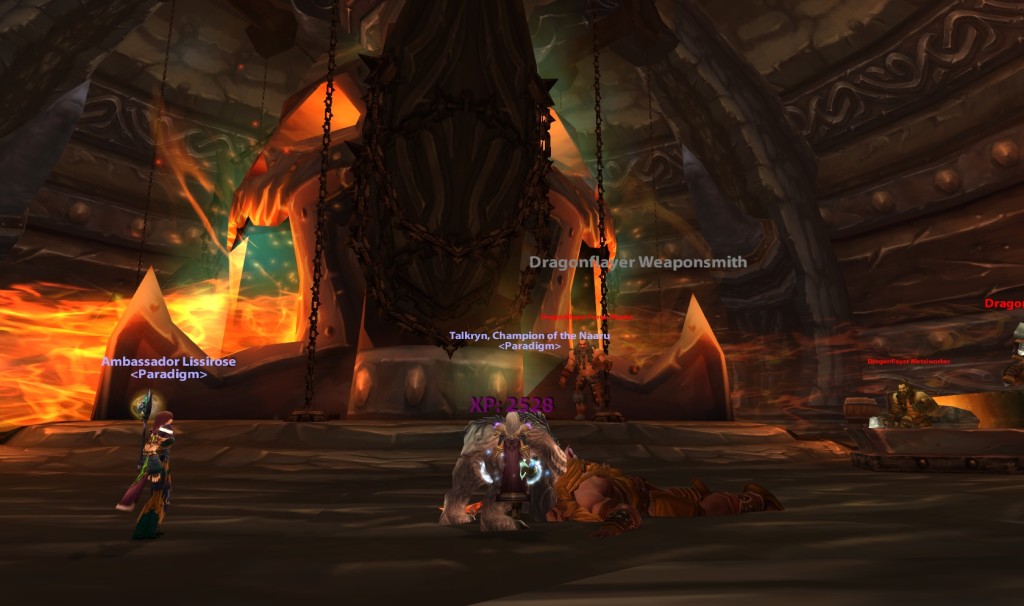 Howling Fjord just outside of the Utgarde Keep entrance. Sad story: I was summoned to UK so I had no clue where hell I was. Rather than finding the turtles I hearthed back to Shatt, ported to SW, then took the boat back to BT because I am a noob. 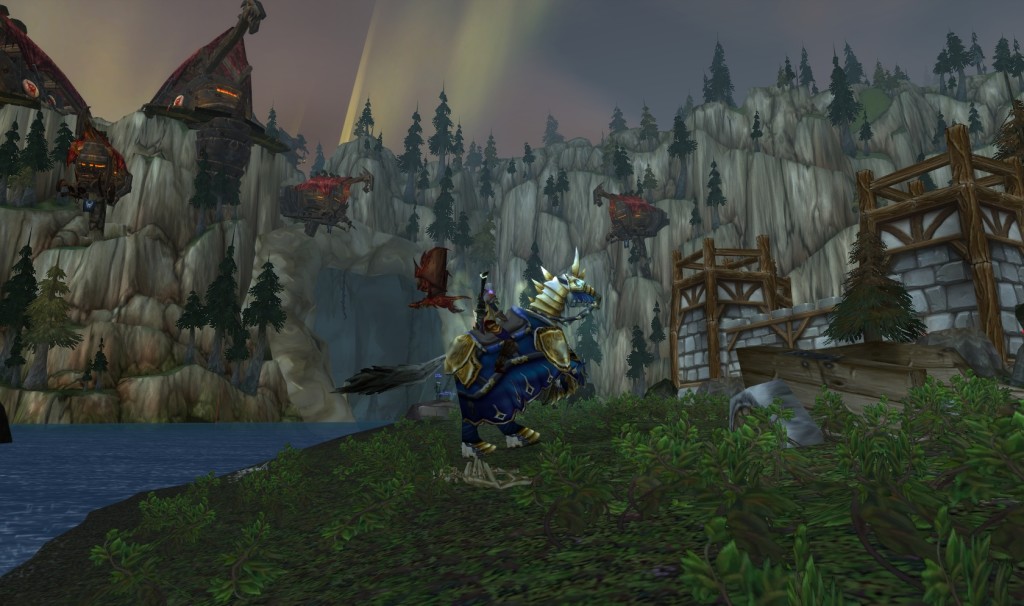 Next ArticleA Weekend in the Bitter Cold