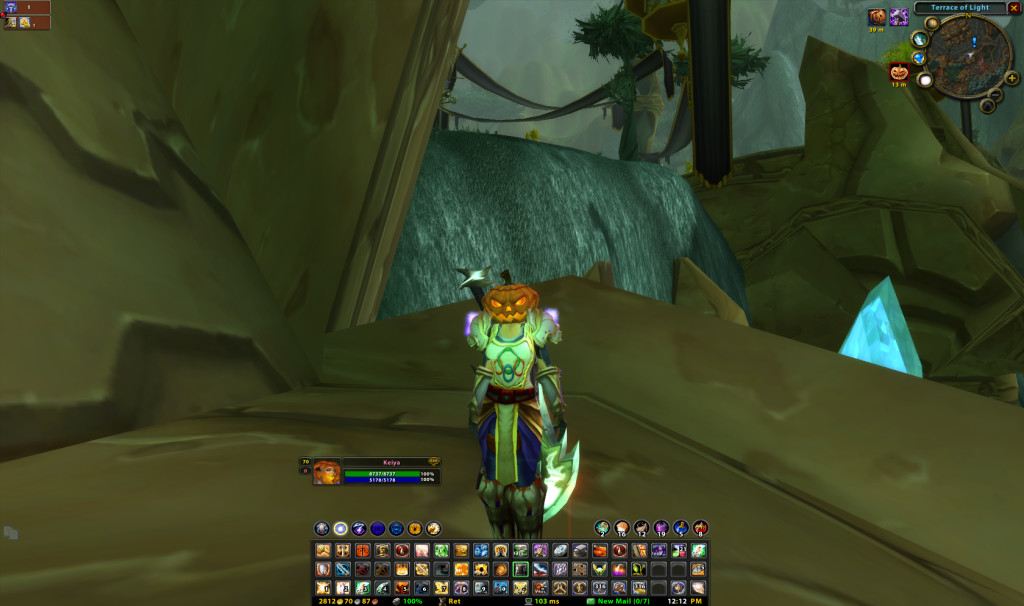 Instead of having FuBar run the entire bottom length of my screen, I shrunk it down to match the width of my buttons. There are actually two FuBars: the other one spans the top and is only visible on mouse over. Any non-essential plugin has been moved up top. 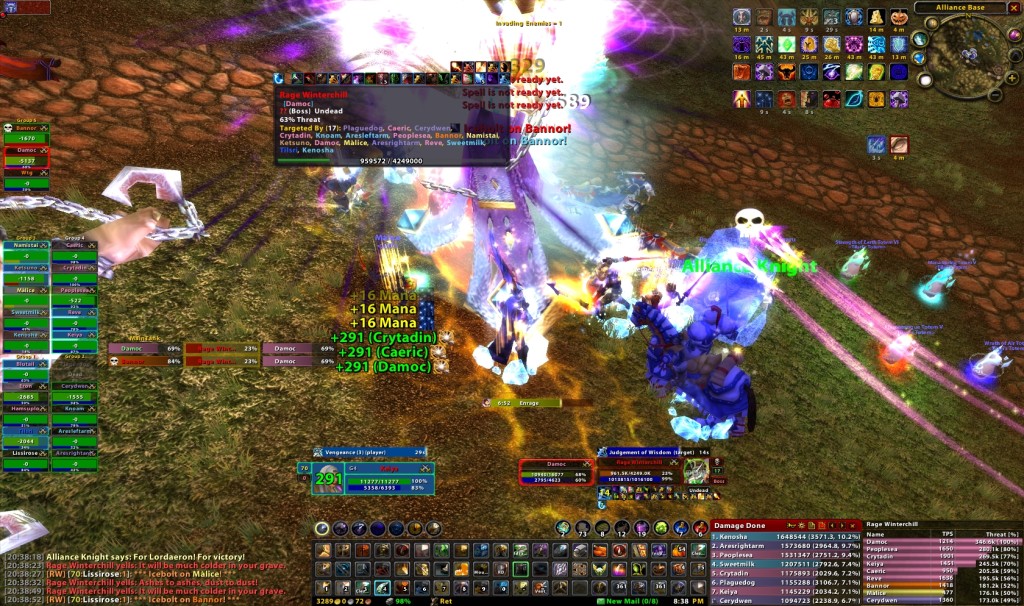 The chat log will automatically fade after 30 seconds of no activity. The combat log is tabbed; I used to have it on the right side of my buttons, but since I have SCT setup to display everything that I would need to stare at in combat, there’s no use having it permanently visible. Instead, Omen and Recount are located on the far right. Recount is hot-keyed and Omen automatically pops-up in combat.

My raid UI is still messy, but what can you do? I’m not willing to sacrifice visibility for minimalism. I need to move the MT target list somewhere else. I am still missing BigBrother, which hasn’t been updated in 3 weeks and Cartographer, which wasn’t functioning well the last time I had checked. Here is a full list:

Next ArticleWoW Update: Echoes of Doom