I’ve Been Playing on BNet Too Much 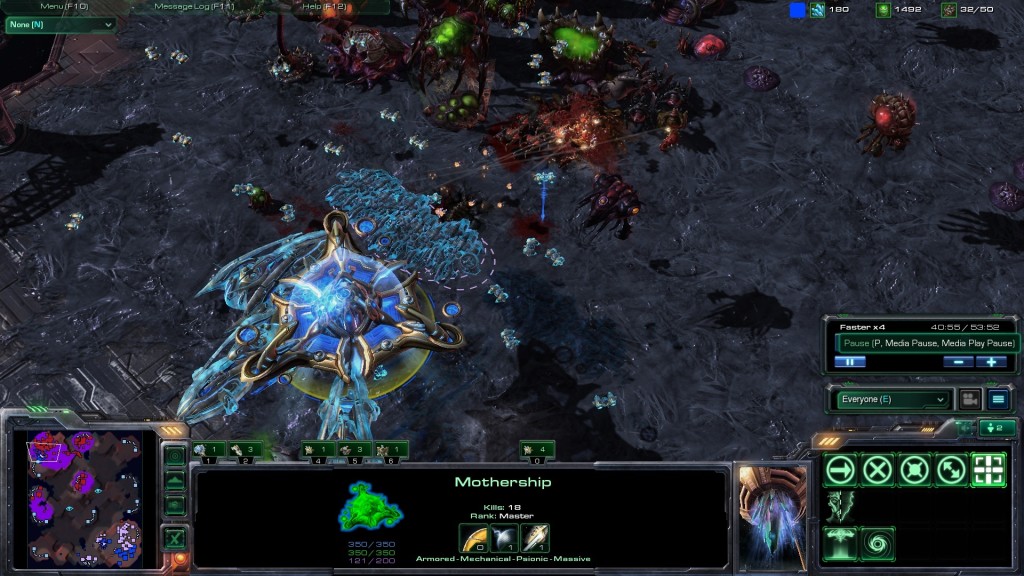 Somewhat related to my previous post, this comic seemed to resonate with me. We were adventurous this weekend and played a 2v2 co-op game against hard AI opponents. We got curb stomped pretty badly during an early AI rush the first time. Subsequent tries on Saturday and Sunday evening versus the hard AI were successful (though my lovely co-op partner had to come to my rescue several times <3). He shits out cannons and what not and I shit out marines and what not. Together we shit things out.

We also managed to beat a 2v1 co-op game against one AI opponent on insane. Though I am not sure that really counted. We may have uuuh cheesed the AI a bit as shown in the screenshot above. For some reason, the AI doesn’t like attacking Protoss Motherships. I mean, I stashed an entire army of banshees underneath it and the computer just let it float around killing everything?

I can consistently beat the AI on medium solo if I defend against the first wave and don’t flub my opening game; Still don’t get how people build so fast, but I officially consider myself graduated from remedial StarCraft school! I guess I should play games against actual Battle.net people now that I officially don’t suck too much. So I guess the secret to getting better at something is to just do it a whole lot. If anyone is interested, a couple of replays are attached below for the hell of it. 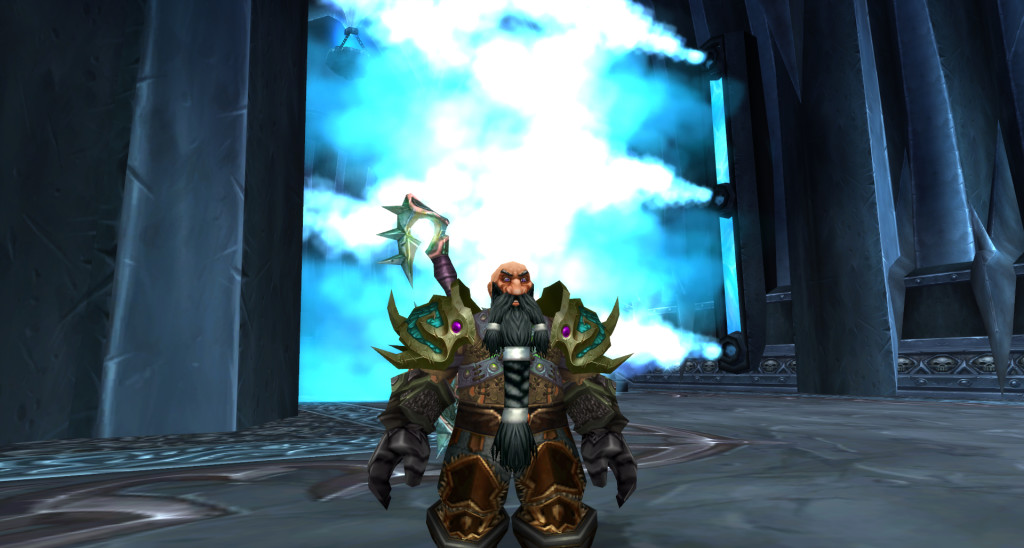 So anyway, guess what I have been playing in lieu of WoW for most of the week :P. The yearly summer wave of attendance attrition in addition to pre-Cataclysm apathy is sort of killing the 25-man raids as of late (doesn’t help that it’s a busy social period for most folk)s. 25-man ICC didn’t pan out on Friday so we made it a guild 10-man run. Oh, and my stupid loot sponge hunter was invited along and boy did he sponge loot. His gear score went up from 3k to 3.6k! At this rate, all of his green and blue items may be replaced before the expansion. Maybe I can sneak him for Lady Deathwhisper next week. I kind of want that bow >_<.

I have been experimenting with Mumble this weekend. It’s an open source voice chat alternative to Team Speak and Ventrilo. There is a video floating around on YouTube comparing the latency between game chat clients: Mumble’s voice quality is fantastic with almost no latency (I have a bad habit of talking over people because of the chat lag). It doesn’t seem to resource intensive either; But then again, I only have and will probably only have two people on the chat server at any time ever. The client is slightly more finicky to setup though and voices still sounds little roboty every once in a while. I am not sure if it is a server side thing or some setting in the client. 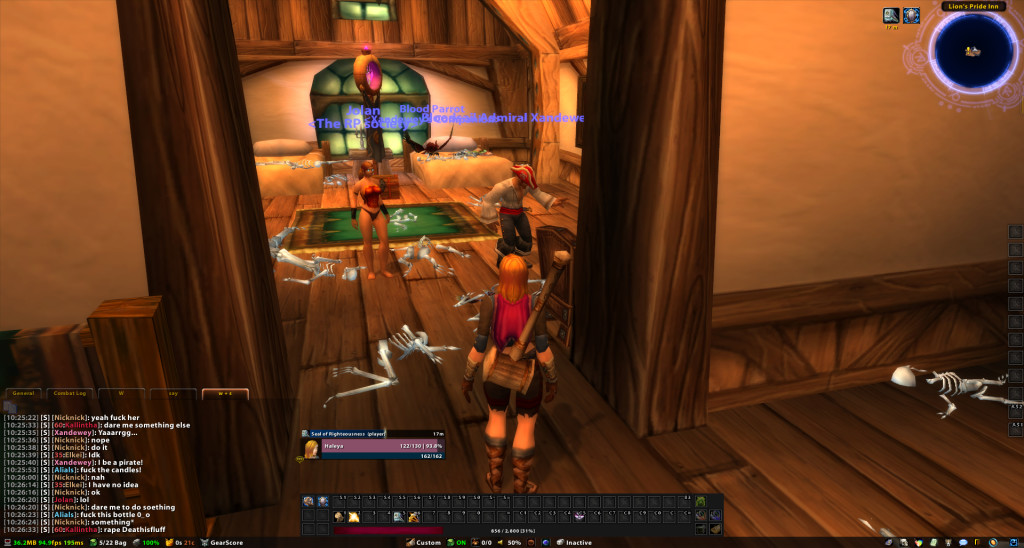 This (screenshot on the right) was the only interesting thing that happened.

Next ArticleScott Pilgrim (The Comic Series)