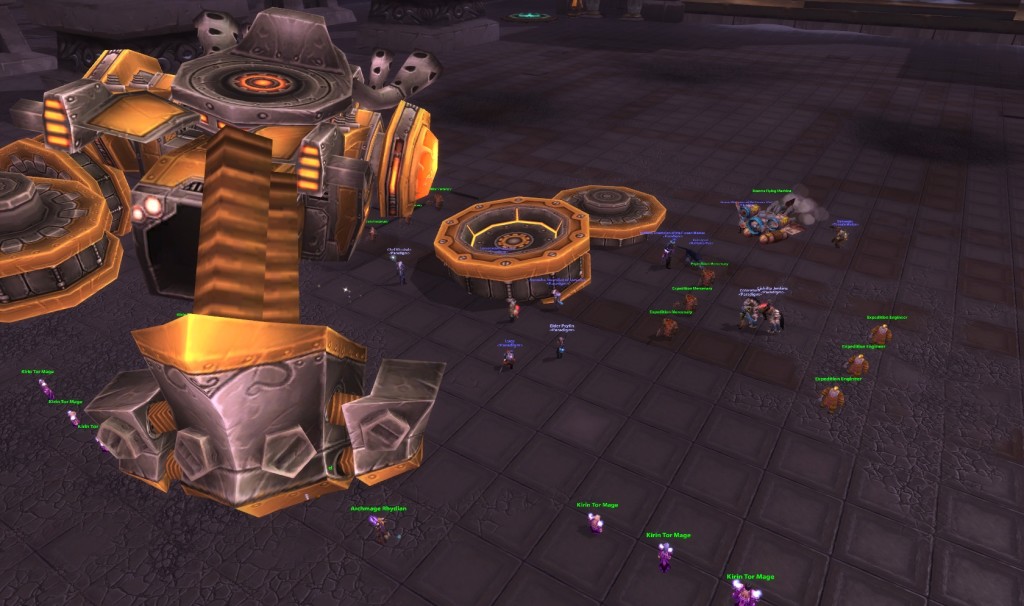 I settled with (0/17/54) for my primary PvE Retribution spec and went PvE protection as my secondary spec (0/53/18), since we have been light on off-tanks lately, despite originally planning to go Holy. I still need to chat, gem and glyph my off-spec set. The in-game talent preview option is nice; Miss-clicking while assigning talent points sucks pretty hard.

Ulduar 10 was fun last night: My guild (and me to some extent) has been on a pre-3.1 raid hiatus for several weeks, so it fun shooting the breeze with everyone again. The Flame Leviathan event was a lot of fun, it reminded me of those old school arcade shooting games.

It’s a vehicle encounter, but unlike Malygos, the vehicles scale according to item level. We assigned two choppers, two siege tanks, and two demolishers, each of the siege tanks and demolishers carrying one passenger and one shotted him that way. We wiped on Ignis’ trash for a while afterwards. It’s been a while since we’ve encountered trash that required any amount of thought:

Molten Colossus: Tank them spread out so that the raid doesn’t get hit with double earthquakes. We had the tanks drag them to opposite sides of the hallway so that they were just within healing range, with the raid in the center. You can also just send a tank and a healer over to some far corner. Either way is fine.

Magma Ragers: The fire tornadoes will target people and chase them for around 15 seconds. They are slow and easily dodgable (but will knock you back quite far if you get hit). Tank them in the corners at the bottom of the ramp, have ranged stand at max range. FYI: The tornadoes form on the Magma Ragers, it’s really really easy to see.

Not so much luck on Ignis, we might try a different boss after Leviathan next time. Oooh: The instance maps now show the location of both you and your raid members; No more wondering where the hell certain people are. I have been wanting that feature for a really really long time.