Well 20+ minutes isn’t too bad; I was expecting it to be at around an hour. On the other hand, it took about 20 minutes for the authentication servers to get to this point. And as I write this, the queue keeps jumping up…boo. At least the WotLK login dragon is gone! As daunting of a character Deathwing is, we are fortunate that he does not roar every couple of seconds or so while you are waiting patiently in queue. I am one of the fortunate or unfortunate people, depending on your opinion, who did not bother taking the day off of work to play. So while you all were having fun playing during the low population times of the day, I was staring longingly at WoW Insider news feeds on my phone. QQ. 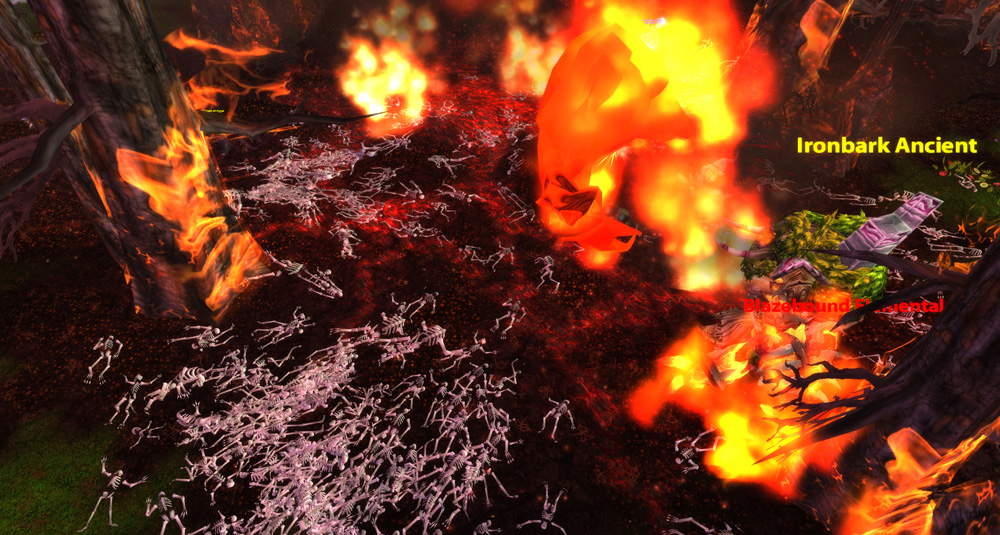 By the way, zone spoilers below. I leveled in Hyjal instead of Vash’jr in favor of trees and greenery over swimming. Also, as someone pointed out, meleeing mobs underwater sucks pretty hard. For me at least because I fail at depth perception or whatever life skill is needed not to suck at that. A few of our old friends from the Molten Core are chillin’ in Hyjal. There is a giant corpse pile next to Barron Geddon. I figured that it was there because people were being retarded and screwing around. Found out later that was not so and added my own body to the pile. We are clearly not as smart as Galrond, the NPC who repeatedly warned people NOT TO STAND IN THE FIRE. 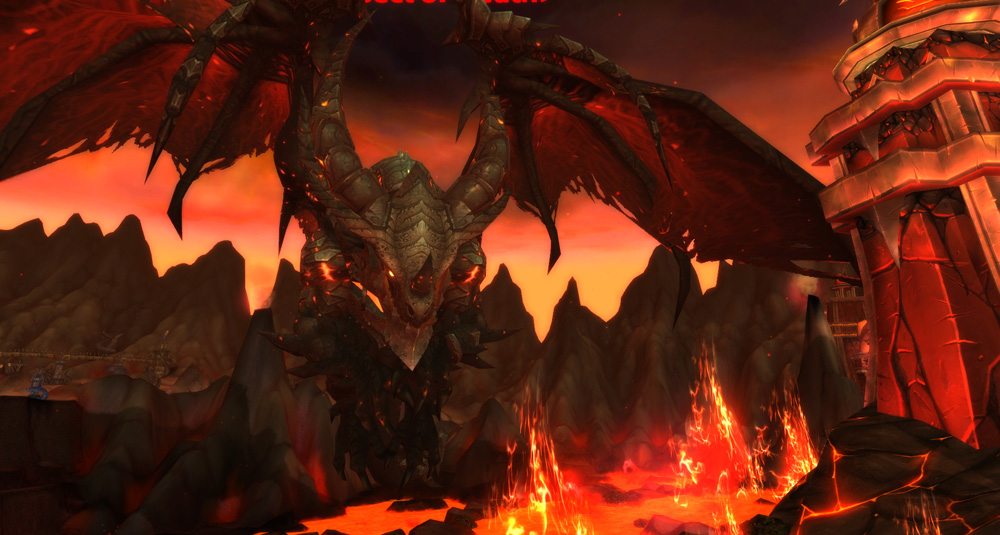 I didn’t do any instancing, just straight up questing. I will try out some of the new dungeons either tomorrow or Thursday. Hopefully tomorrow but, we will see. Boo real life. Is there an inn in Hyjal? I swear that I couldn’t find one. Oh and for the first time ever in six entire years, I bound my hearthstone to Darnassus. I made the mistake of hearthing to Stormwind and having to get back to Hyjal (to fly to STV to pick up my loot card goodie, which was the [item]Sandbox Tiger[/item]). The boats from SW harbor run just about as often as the trains here do, almost never. Man, I have been using the Dalaran and Exodar portals for so long that I have almost forgotten how to get around in the old world. I really really really want to level my Worgen but I really want to hit level 85 first.

Anyway, I am obviously having fun with the expansion pack. So much so that I am just going to cut this post short and publish it so that I can go to bed because it is late. I did though finally make it to level 81 before logging off for the evening. Folks are already at level 85. Jesus. Apologies if this post made little to no sense. It is late and I wanted to post something before I went to bed. 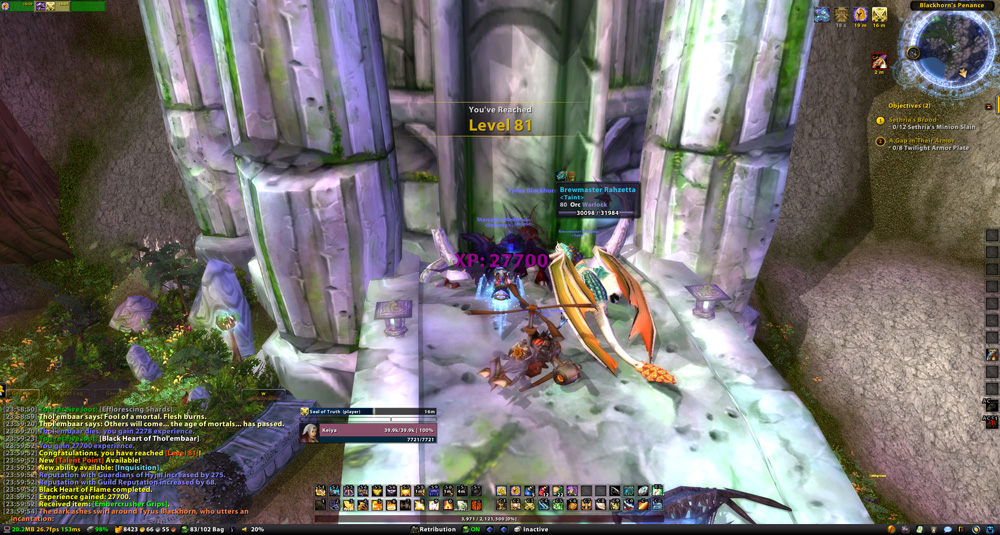