Protip: Now is not a good time to train flying. I am weak against Collector’s Editions. If it weren’t for me wanting to complete my collection of WoW collector’s edition boxes, I would have probably just ordered Cataclysm digitally for the sake of being able to stay up with half of the guild for half of the evening fawning over my new love. I kind of sorta wish that I had taken tomorrow off. I will be sitting in an office all tomorrow longing to play! Oh it’s not fair (/whine), guild members already have their game ready to go and here I am sitting here with my nose pressed against the glass. T_T. 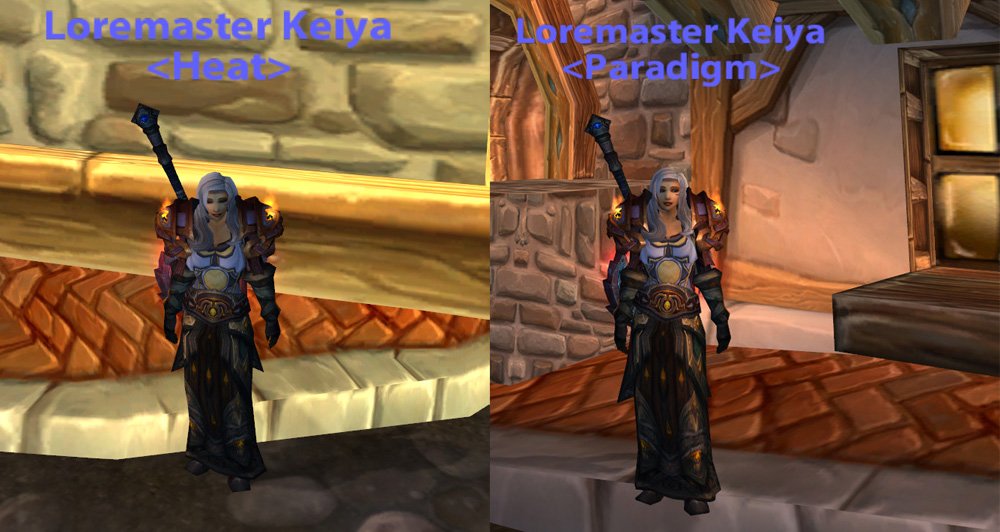 >Anyway, a couple of quick updates since I haven’t bothered posting about WoW in a couple of months. This post probably officially ends my short WoW hiatus. In lieu of the guild leveling system (and the benefits of being in a large active guild) and steady player attrition within Paradigm, most of us have merged into another guild on Proudmoore. Given our number of active players, it would have been very hard to recruit that many people and honestly, I’m not sure I have time to do all that anymore. It is really odd migrating over to another guild after four years, but online home is where your online friends are <3. New faces!

I am probably going to level in Vashj’ir tomorrow. Not really sure, it depends on who is leveling where at what time. Because I have intentionally not kept up with the Cataclysm previews and news, I really don’t know where to go to do anything. It’s more fun figuring everything out (turning off all questing mods). I spec’d my paladin back into Retribution with a *gasp* Holy offspec. I really want to roll my Worgen druid right away, but I really do not enjoy spawn competing with a thousand other players. In theory the starting zones should calm down a bit after hitting level 85.

…I also promised a couple of coworkers that I would eventually roll a Goblin something on their server. I really want to play through the horde quests at some point.