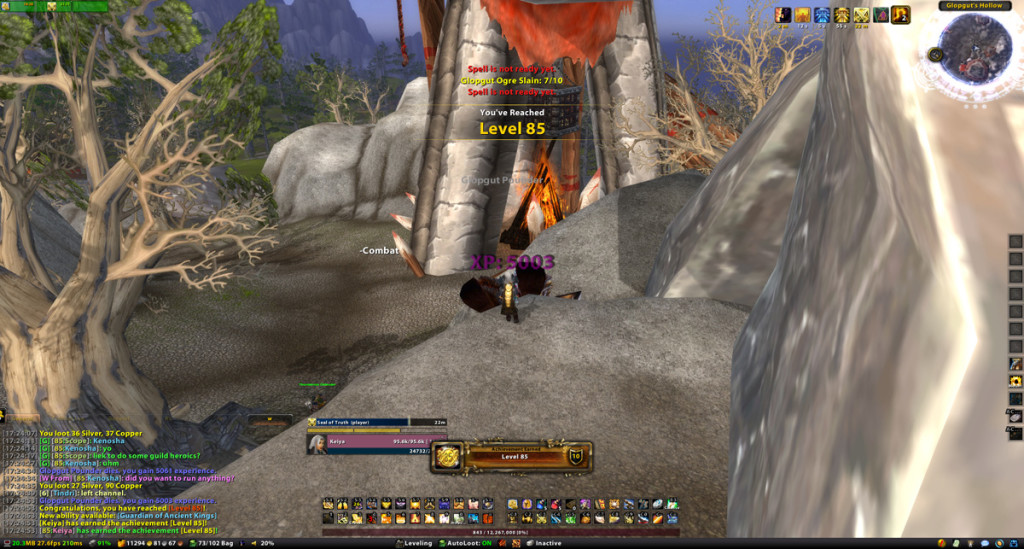 Oh wow I sure didn’t bother blogging much this time around. Oh well, too busy playing. Anyway, ding. I hit level 85 on Keiya Sunday afternoon. I could have taken more time leveling, but it was fun going into full on obsession mode for a bit, especially after effectively not playing for more than an hour a week for the last month or so. Besides, everyone was already at level 85 and having fun doing level 85 things without me!

I will go over more zone sin detail if I get around to it and as I complete more of them. I did: Half of hyjal, half of Vashj’ir, all of Deepholm and most of Twilight Highlands before hitting level 85. I am currently working on finishing up Twilight Highlands. I’ll probably move over to Uldum next before finishing up the zones that I half completed. 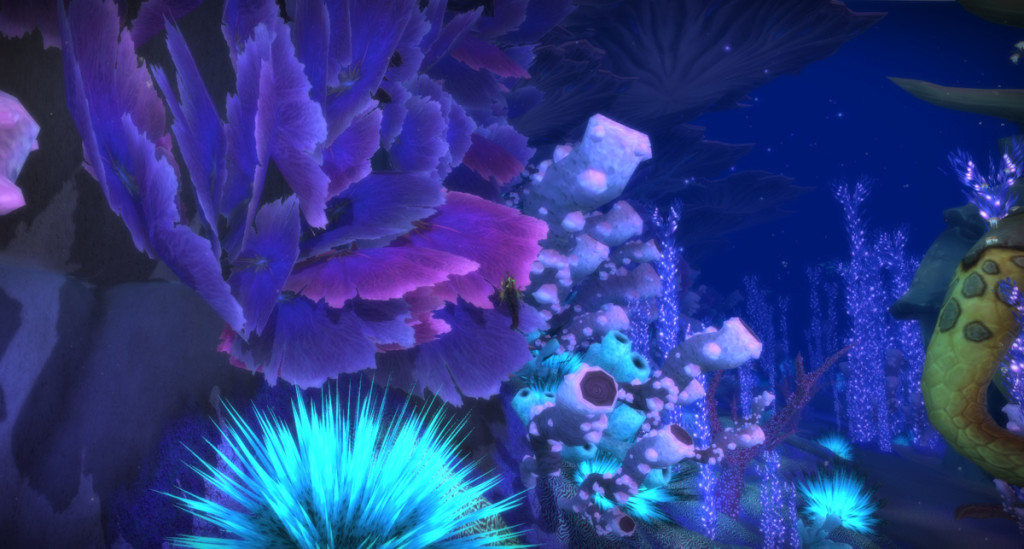 Of the two starting zones, I am going to go with Vashj’ir over Hyjal. Hyjal is a very well done zone, I love the quests and storyline but Vashj’ir is absolutely gorgeous. The environment and everything is so rich. Also, the swimming mechanic isn’t really as annoying as I had originally anticipated. I do run into depth issues because I like to play with my camera way zoomed out, but it’s not really that bad.

Deepholm was nice but it is effectively a giant cave. A giant grindly cave. I wanted to make sure that I played that zone to completion so that I could unlock the Therazune daily quests and maximize the easy quest reputation for the shoulder enchants and rewards (Keiya is a good raid farmer!). Speaking of which, guess who forgot to do her dailies today? Task. 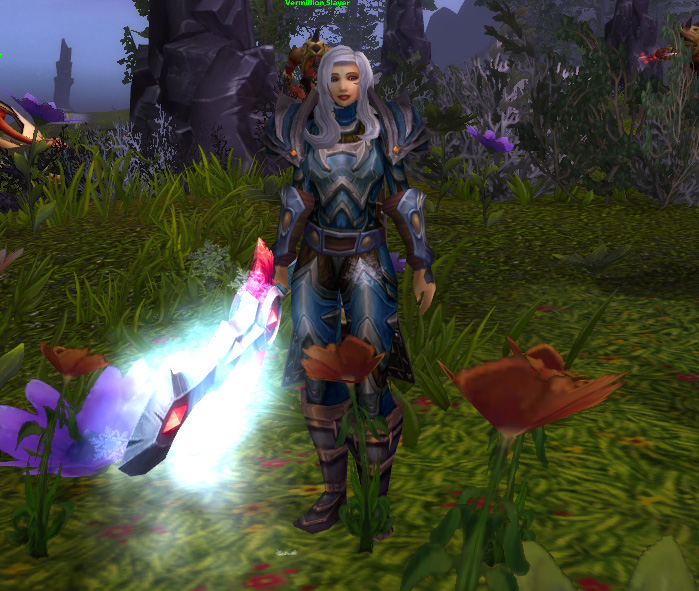 The dungeons that I have ran are well designed and the bosses fun. We wanted to start queuing up for heroics, but folks were about 1 gear average point shy of the 329 iLevel threshold (a tank wasn’t available, had to use the dungeon finder). So we ran Halls of Origination, spend some justice points, swapped a few crap pieces out and ran about half of Heroic Deadmines before running out of time.

The heroics are hard again by the way. See, that’s one thing that I missed when WotLK hit. We started farming entry level heroic instances as fresh level 80s with little to no preparation. I recall trying that in Heroic Coilfang after hitting level 70 in the Burning Crusade and getting curb stomped by a giant spore thingy. Having to rethink encounters and approach mobs with more caution, versus just AoEing down everything is a welcome challenge.