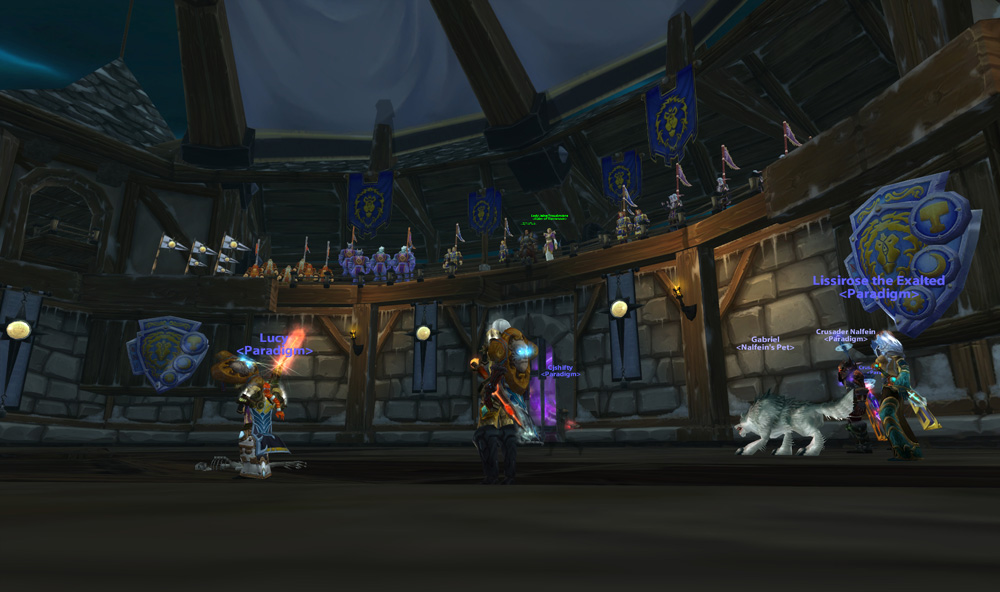 Time for another monthly general WoW update! I went with 5/11/55 for my new 3.2 Retribution build (more or less copypasta’d off of Elitist Jerks). Essentially the same core talents as the old build except for the five additional points in Seals of the Pure to boost Seal of Vengeance’s damage output. Slight different extra point distribution as well.

I had a chance to run the new raid instance this week. It’s a coliseum event similar to Ring of Blood or any of those from the Outlands and Northrend party quests. It’s fun and different than any of the other raid instances. Got the first part of encounter one down (Gormok), not so much luck on the Two Jormungar.  It was kind of fun doing the encounters without minimal external strategies and no boss timers.

WTB more heroic badge farming. I did some heroics with guild members the other night for the first time in ages. I like the changes, it’s nice that heroics are once again “useful” to characters other than my gimpy alts. oh and you know…I kind of miss having aninsta-cast Exorcism.

Got a new headset because my other one finally broke: Razer Carcharias. I’ll post a small review after I return from weekend activities.