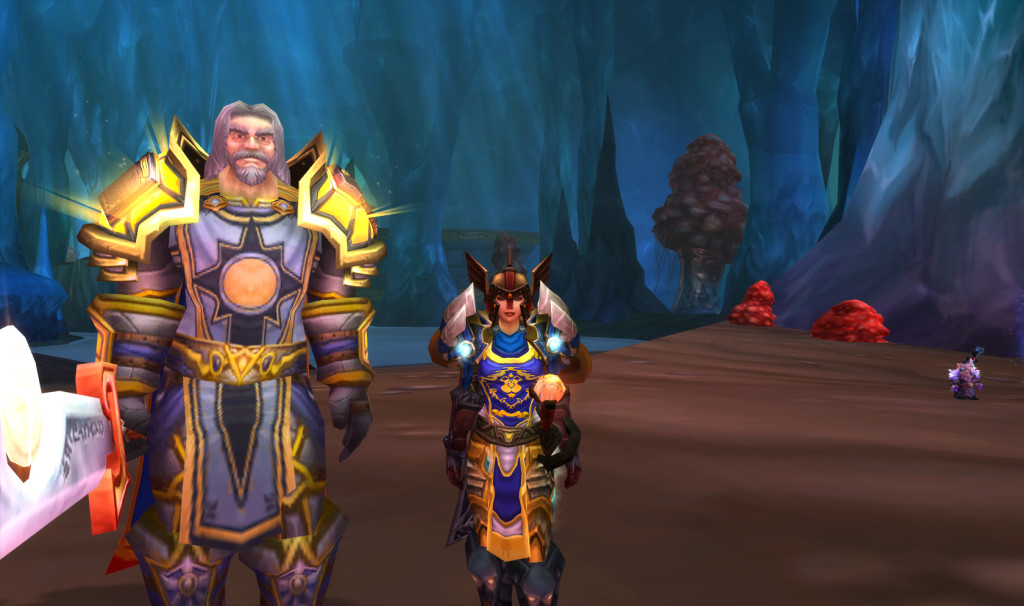 I really feel like updating this site at the moment, but for the life of me cannot think of anything interesting to write about. There’s absolutely nothing to review since I’m not currently playing or planning on playing anything new until some of the games on my Fall 09 want list are spotted in the wild.

I am actually pretty tempted to get Aion for the sake of indulging in the MMO flavor of the month for once. I don’t really feel like spending $50 for a game that I only plan on playing through the 1-month free trial. Though in retrospect, I’ve easily payed that amount or more for games that offered much less game time. I don’t know; it might be fun doing comparative blog posts? I am almost certain that topic has been already done to death though. We’ll see.

After a huge summer raiding lull, we’re finally back into actual raid progression. We cleared Trial of the Crusader and are currently onYogg-Saron in Ulduar 10. Aside from the pain in the ass Faction Champions encounter, most of normal ToC wasn’t that difficult, particularly the last two bosses. We are still too short on people to do any of the 25-man flavored instances, but now that I’m not too incredibly “busy” I suppose I should be more active about recruiting new folks and seeking alliances with other guilds on the server. Note to self: Update the guild page with a news post now that it isn’t broken.

Keiya is now at 566/700 Kalimdor towards the Loremaster achievement. I spent a not insignificant portion of the past week and a half madly questing while marathon viewing House (my new favorite television show by the way). I know exactly which zones I need to focus on and where any missing quests are but I think that I am going to take an achievement break for a little while. Too much running back and forth is making my head explode. Noseriously, how many times do I need to go between Shimmering Flats and Booty Bay? FFFFUUUUU.

You know what makes me kind of sad? I am missing most of my pre-Burning Crusade WoW screenshots. I found a couple of raiding screenshots from the Molten Core, Blackwing Lair and any that I have posted on my site, but I can’t find any others from when I was leveling to 60. I am pretty sure that I backed them up off of my old decrepit computer, but that might have been to the backup drive that later failed. I did find this screenshot though from the upper level of Vael’s room. There was another paladin, but she fell off of the ledge.

Next ArticleHorde Raids and Silly Hats