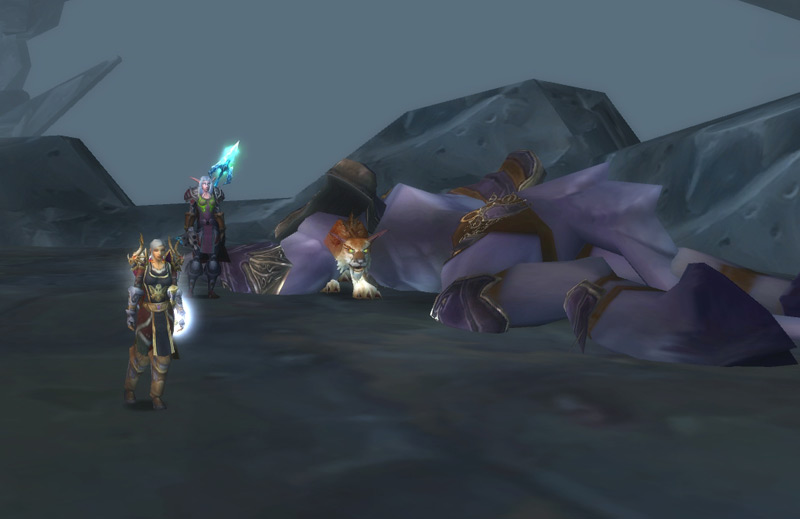 Let’s see, it was a fairly interesting/busy weekend both in terms of WoW and real-life. I was going to only login for around an hour Monday to check my mail and farm, but raided a little bit instead. We wanted to get another crack at Prince before the Tuesday reset. We’re weekend raiders and thus never do Mondays, this was actually a first.

It’s a good thing that we did! First guild Prince Malchezaar kill last night on our first try of the evening. He was at 1% health, 9 people down with a single hunter up. Hunter solos prince! Nearly every single boss in Karazhan dropped some sort of healing gear this week. I think the actual loot percentage is at around 70% healing gear, maybe more. I swear that can’t be a coincidence lol.

Picked up the Breastplate of the Lightbinder to semi-replace the Earthblood Chestguard. The shaman chest has a lot more stamina though, and almost identical healing stats. Also picked up Formula: Enchant Weapon – Major Spellpower last night while questing in Blade’s Edge Mountains. It was off of the second kill too, I was expecting to have to farm for days to get that pattern.

I swear that I am just about to give up on The Sun Eater and settle for the King’s defender, whenever it drops from the Chess Event. The minute that I get and bother chanting another weapon, I bet it will drop. It taunts me…

One of my favorite WoW podcasts, World of Warcast just finished a two part segment on guild management that I thought was well done. It’s definitely worth a listen, especially to those considering starting a casual and/or raiding guild.

On a similar note, I have a fair bit of guild experience myself, having been the guild peon who didn’t know where the entrance to the Molten Core was (in my glorious shitty greens), an inherited guild master (oh God long drama story), a founding guild master, disbander of a guild, witness to guild merger, alliances, implosion(s), casual to raiding transition, etc.

I thought that it might be interesting to share some guild/raid management tips as well as some of the things that I have learned along the way as guild master, since it doesn’t seem to be discussed a whole lot (either that, or I don’t read around enough).

It’s actually a topic that I have been meaning to write about for a month or so, just haven’t gotten around to doing it yet, in between all of the other nonsense that I type. It’s such a large topic, especially in regards to raiding…