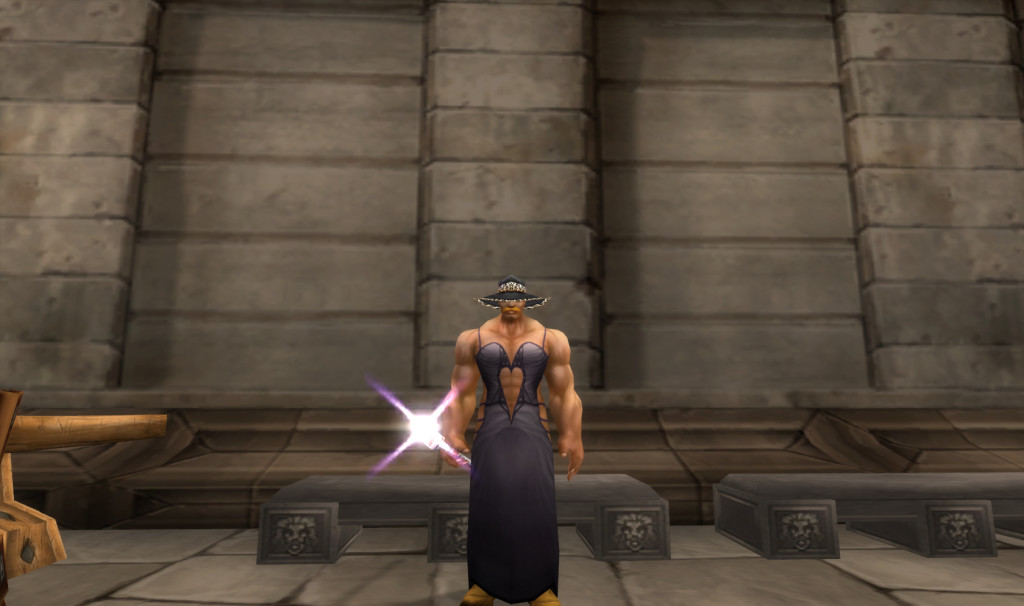 Before I babble: I’m not sure if the contact forms on this site or any of my domain emails are functioning properly, I switched them over Google apps and haven’t really tested them. Sooo if anyone’s email has bounced back within the last week, whoops sorry. Also, yay I tweaked the theme so that it’s a little prettier.

I’m majorly slacking on the WoW posts lately. Kind of behind on everything related to patch 3.2. In fact, I haven’t even read all of the patch notes or class changes as I am busyish attending to other things. WoW lull period! I am also sadly slacking off on all of the Argent Tournament dailies. I have a total of 50 at the moment QQ, not enough to buy the new mount when 3.2 goes live. I could have totally had a ginormous stack if I had bothered spending a half hour doing them every day. Shame on me!

Our raid was called off last night because half of our guild was unable to login for most of the evening. It turns out that the authentication problems were only affecting people who have not yet converted their account over to battle.net. So if anyone is still having issues, it might be time to do so. I have a feeling that at some point in the future, folks will probably be forced to convert their accounts anways.

I feel compelled to post something useful and have been meaning to update my macro list. So, here is a small list of macros that I use frequently on my paladin. You know, I’m certain that one or two of these were copypasta’d and modified from WoWWiki or something, so apologies…

Fish and Cleanse
/Shrug. I have fishing cast and cleanse both bound to a single macro on my middle click button. If a fishing pole is equipped it will attempt to cast it, otherwise it will cleanse.
#showtooltip

Crusader Strike + Trinkets
When I was protection, I manually enabled trinkets so that I can time them according to healing and incoming damage. As retribution, there’s really no need to do that. This macro will use any trinkets if the cooldowns are up.

Mouseover Cleanse
No need to manually click on raid frames and lose your current target: Mouseover the person you want to cleanse and press this macro. Very handy as ret since it allows you to continue DPSing while cleansing if the other classes need help.
/cast

Hmm, I have hunter macros somewhere. The umm screenshot in this post isn’t related to anything, I just thought that the front page looked kind of plain since I haven’t posted any images in a while.