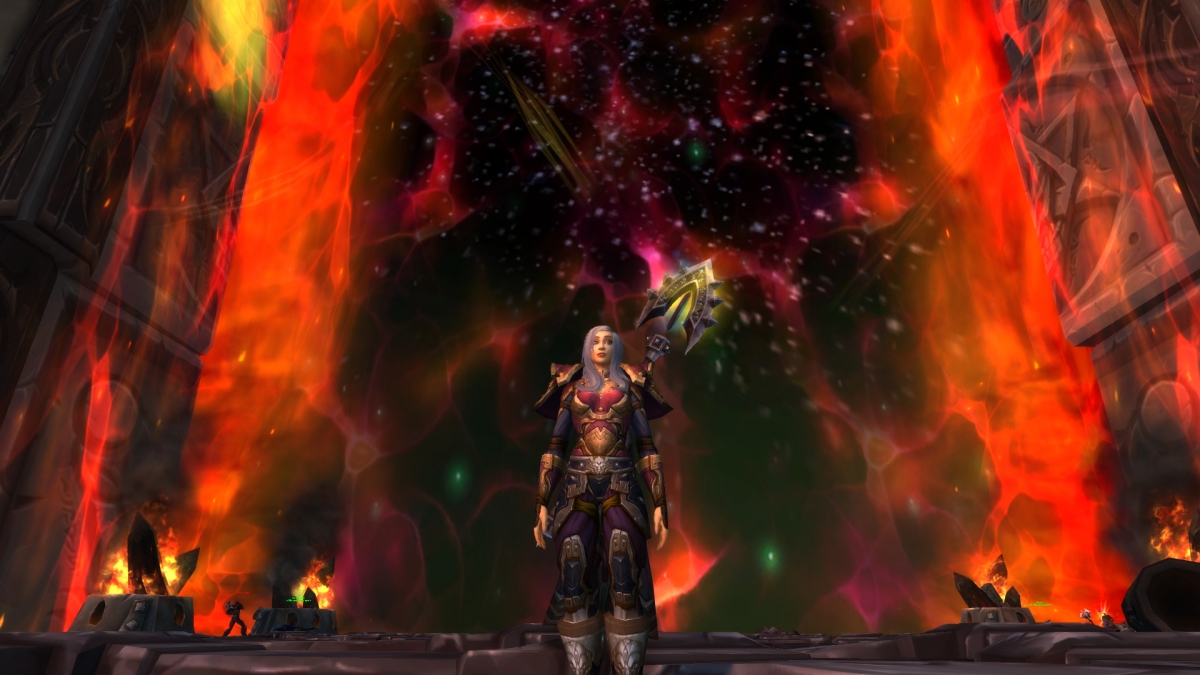 Warlords of Draenor marks the first expansion pack in which I did not order the physical copy of the Collector’s Edition to add to our shelf. Part of me feels mildly sad that we won’t be adding to the Blizzard shelf, but the majority of me knows that it’s probably not worth paying $20 more for a couple of toys that I will likely never use. I purchased WoD and logged in yesterday morning. Everything was awesome and near empty until I had caught up with virtually everyone else on the server (after completing the introductory quest line and hopping on the boat), at which point the game started to go slow as balls.

Proudmoore definitely wasn’t empty last night, to say the least. I happened to get home from work and also happened to sign on just as the server was starting back up from a crash so, no queue time for me! My husband on the other hand literally had to wait almost the entire evening to sign on. I don’t recall the previous two WoW expansion pack launches having a queue over several thousand (or much of a queue at all) and I don’t recall having that much of a lag problem. Several people have suspected that not having a secondary starting zone or a new race/class to split the player base may be part of the issue. Then again, I don’t recall the previous two expansion packs being DDOS’d on launch either.

Aide from queueing and server issues: Ding, level 91. Enjoying the garrison thing so far even though it’s obviously the WoW version of one of those mobile apps.

Next ArticleWarlords of Draenor: Day 3