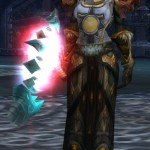 Sorry, totally not related to anything but, some dude is totally recreating a Sims 3 version of Vice City (as in the city from GTA) using the Create a World tool and that is just pure awesome in my books. Said world needs to include the strip joints somehow.

Speaking of the Create a World tool, I keep meaning to play with it a little more for the sake of creating a custom neighborhood so that my little people have somewhere fun and original to run around. Actually, I kind of want a custom neighborhood to start yet another legacy challenge. If you look hard enough, a couple of really bad half-assed legacy blogs are still buried in the bowels of this site.

The tool itself really isn’t all that difficult to use. I am fairly surprised at that given my experience with world editing tools. They are usually just so…obtuse when it comes to the interface and what not. But then again, I’ve never been willing to soak in enough time to properly learn how to use any of them. I can’t think of anything cool to model a neighborhood after. Maybe I will just create an island with a giant mountain in the center or something? Wait no: I will create “Pen Island” except that, it won’t be shaped like a pen at all and only a small portion, the tip of the peninsula, will be visible on the in game town map (so that it doesn’t get banned off of the exchange :P). The base of the island will contain a massive forrest.

FYI: I have a Twitter feed, if anyone cares about that sort of thing. It pretty much mirrors anything posted on my Facebook wall +/- a few things. Okay well, it’s little more than a well of boredom as well as a dump for random iPhone pictures.

Next ArticleThe Voice of Deconstructor