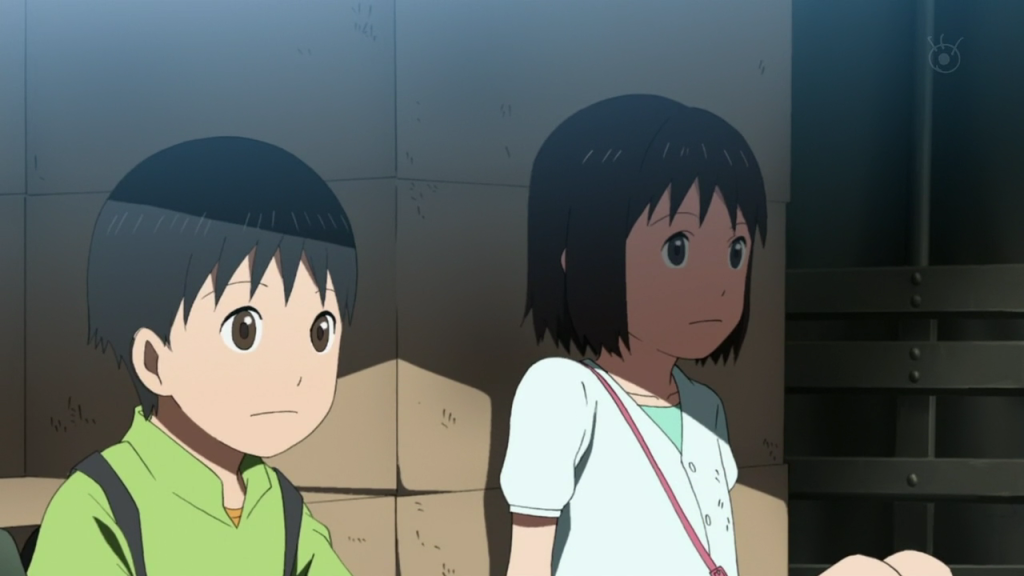 Since there’s absoutely nothing on normal television to watch and no new games that I’m interested in playing, I’ve been on an anime bender lately. So bear with me while I make an entry or two about several things that I liked.

Tokyo Magnitude 8.0 is a disaster themed 11 episode drama by BONES, the same studio that has produced the Cowboy Bebop movie, Fullmetal Alchemist, Soul Eater, etc. It’s airing in the noitaminA block on Fuji Television (Higashi no Eden, Honey and Clover; I guess it’s a drama time slot?).  I ended up marathoning most of this series earlier this week. It’s one of my favorite series of the season, if that means anything considering how little anime I’ve picked up recently…

The premise of the story is revolves around the prediction that there is a 70% chance that a magnitude 7.0 or greater earthquake will hit the Tokyo are within the next 30 years. Tokyo Magnitude depicts a series of events and consequences that might occur if a magnitude 8.0 quake hit a large metropolitan area. Much of the story itself is supposedly based on interviews, data and research from actual earthquakes.

The story is centered around Mirai, a middle school freshman just about to start summer vacation. While taking her little brother Yuuki, a cheerful third grader to visit a robotics convention in Odaiba (a man made island in Tokyo’s bay), the quake hits. Somewhere along the way the meet Mari, a motorcycle deliver woman who lives with her mother and young daughter. Together they must get home to their families.

There is a lot that Mirai should be thankful for: a loving family, the privilege of being able to attend a very prestigious school and a stable social life, but she’s not and spends the entire first episodepissmoaning about every little thing whenever she doesn’t get her way. But, that’s pretty much the point I guess. Mirai’s characters leaves a lot of room for personal growth and realization. Take note of the relationship between Mirai and Yuuki throughout the series.

Take the disclaimer at the beginning of each episode with a grain of salt. Tokyo Magnitude is best viewed as a fictional representation of a large natural disaster with a high degree of realism, rather than a documentary or simulation. If you want to nitpick, the story takes a dive in believability during certain segments of the show (particularly during the second half). But the focus of the series isn’t in the authenticity of every single small detail, but rather the in how the characters develop react with each other and the environment (it is a character dramaafter all).

Tokyo Magnitude is a fairly short series at 11 episodes, but it doesn’t feel short because it is very well paced. There’s not really any filler and nothing drags on too long. Some of the drama is a bit drawn out at times, but overall it’s interesting, consistently well animated and a very good series.