The Witcher 2: Assassins of Kings

The Witcher series feels a bit like an unpolished jewel. There is just so much that I like about it; The setting, the mythology, the story, the characters, the atmosphere, the art direction – but at the same time, there is so much that can be improved in terms of gameplay and design.  For what it is worth, you don’t really have to play the first game in order to enjoy the Witcher 2 (per se), though I would definitely recommend doing so. The prologue does a fair job at introducing the characters and overall setting, but not being familiar with the world and its players will put you at a disadvantage, especially since your saved data from The Witcher can be imported.

Even so, my only real complaint about The Witcher 2’s overall story is that, I get the distinct feeling that I am missing out on something by not having read and really, not being at all familiar with the book series (sadly, not all of them have been translated into English *extreme sad face*). There are more than a couple of name drops and “who is that” moments that I am pretty sure were explained in the novels. It’s such a shame because from what I understand, the books are exceptional and describe a richly detailed world.

[SPOILER BEGIN] By the way, this is just my speculation. Yennefer is a good example main example: She was strongly alluded to but never explained in the first game. In the second game, she is an important character that was never introduced and inadequately explained. It’s like, who the hell is Yennefer? Ooooh she’s only one of the most important figures from Geralt’s past life. That would have been good to know. She adds an entirely new perspective to Geralt and Geralt’s sexual relationships: The implied sexual tension between Triss and Geralt’s past lover. [SPOILER END] 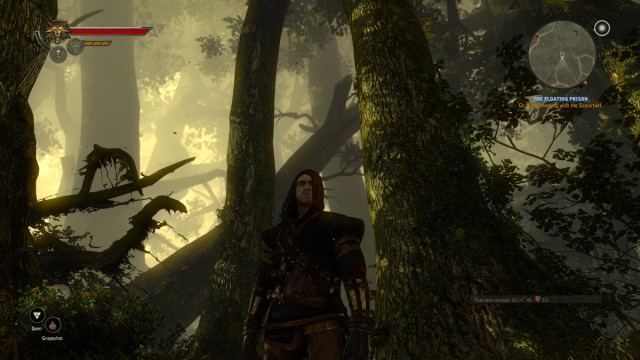 Knowing and not knowing Geralt’s past creates almost creates two different games. On one hand, for people who have read the books, much if the story seems to play on the contrast between what the audience knows and what Gerald does not. On the other, for people like me, it’s about both the audience and the main character discovering who he is as the game progresses. I suppose the latter is more conducive to player immersion, but I still feel as if I am missing out on a significant amount of depth by not having already been familiar with the world as a whole; and apparently I am.

Like The Witcher, major game decisions are completely up to you. This time, they are all on a short timer of about 10 seconds, forcing you to choose on the stop (otherwise the game will choose for you). Nothing destroys immersion quite like being able to tab out and read the wiki page in the middle of a turning point in the plot. It adds a healthy level of tension to plot decisions, especially since like its predecessor, the consequences of your actions are not immediately apparent. In fact, your choices impact the game to the point where the story will completely diverge after the first chapter. I mean, even Geralt’s personal goals are up to you. Is this a story about personal vengeance? Is it about loyalty? Is it a story about self discovery? That choice is yours. Geralt is a well-defined character that is crafted by the player. It’s a balance seldom found in any game. 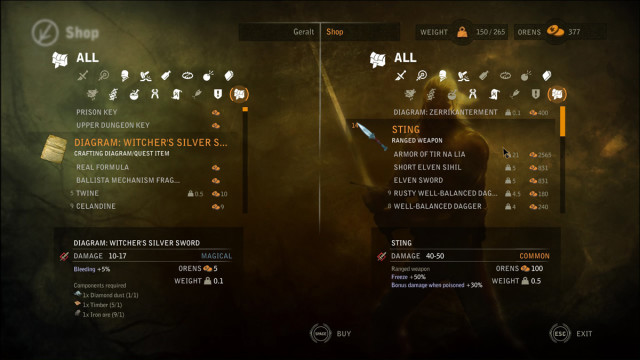 The voice acting has significantly improved in The Witcher 2 and the dialogue is well-delivered and well-articulated as a whole. The English translation is solid, though as a couple of people have pointed out, still retains a flavor of awkwardness and unnaturalness found in virtually every single translated piece. I mean, it’s not bad in any sense it’s just hard to place my finger on. The dialogue doesn’t feel butchered in any way (like I swear, 80% of all JRPGs), but it does feel like it was translated.

Also just a a fair warning, the dialogue at times is vulgar to an eye-rolling degree. I do not know exactly how many “whoresons” were “ploughed” during the course of Geralt’s adventures, but I am sure that the number hovers around many. For what its worth, The sex has been toned down. If you want to be a perv, you have to work at it a bit and the scenes are more rewarding than the silly YAR YAR HUMP HUMP *card flash* bit from the first game.

The Witcher 2’s combat system is fun once you get used to it. The gameplay tutorial in the prologue is to be honest crap-ass and insufficient, especially given that not too many of The Witcher’s game mechanics carry over; the combat system is fairly different. I recommend actually reading the manual or at least skimming a basic FAQ outlining combat and the interface to get started. It just seems like adding a couple of more tooltips and popup notifications would trivially make the tutorial adequate. But, oh well. So here you all go: A game that refuses to coddle and handhold its players (if you are from that camp of gamers). On the other hand, I am of the opinion that a good “hardcore” game should be difficult to master but not difficult to get into. Including a fairly non-standard combat system and then doing dick to introduce it is kind of lame. 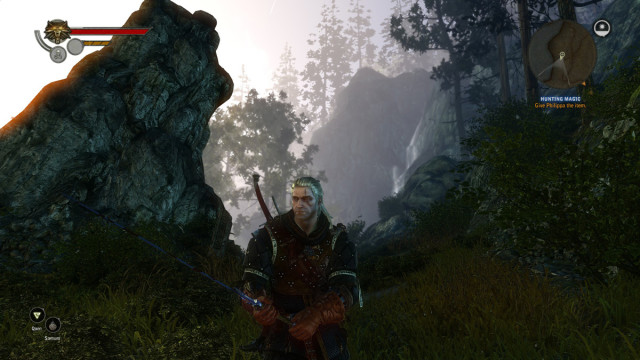 That rant aside: Just remember that though Geralt can easily take anyone in a 1v1 fight, he is squishy against multiple opponents, which will be the bulk of your fighting experience. His greatest strength in this game seems to be speed rather than strength. Take advantage of that and learn to dodge, parry etc. You will be doing that a lot. Witchers are clever fighters with many resources to pull from; bombs, traps, spells, potions, etc. Use everything at your disposal to distract enemies and separate pulls. Saving items is fairly pointless since consumables aren’t that expensive to make and are designed to be used. Once you learn how to utilize all that Geralt has at hand, it is not an incredibly difficult game on normal, it just has a steep self-inflicted learning curve. The control responses though are unacceptably slow to respond without making a couple of tweaks. You will also find yourself waiting for relatively long dodge and attack animations to complete. Frustrating.

Loading times have drastically improved as has the level of tedium. There is still quite a bit of running about between interest points, but effectively not having any loading screens makes questing much much much much more of an enjoyable experience. The interface visually looks a lot nicer, but it is still clunky and somewhat inadequate in respect to being able to manage your inventory. I can honestly say that inventory management is notably bad. Also, it would have been nice to be able to view and change keybindings within the game client. In fact, the ability to change the keybindings was only JUST added in patch 1.2. Before that, you had to edit the .ini file. You do however, at least have the option to toggle irritating quick time events on and off. Gee I wish all QTE games had this option. 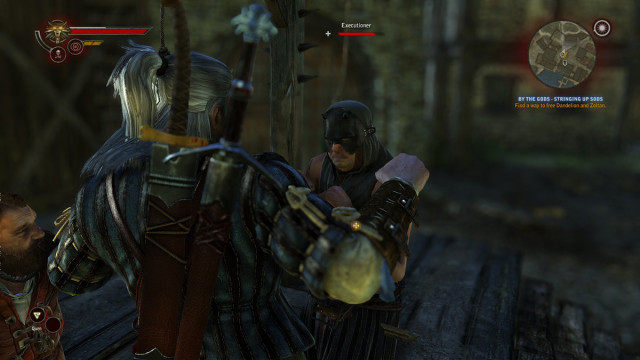 I liked The Witcher 1’s alchemy and potion system a lot better. I really wish that the toxicity side effects and combat drinking were included in TW2. Alchemy feels dumbed down and because I could only drink while meditating, I ended up almost never drinking any potions at all. The only thing that toxicity does is limit the number of potions that you are allowed to consume. Potion duration also vanishes upon meditation. So effectively, you can only have about 3 or 4 potions active at any one time and cannot drink again until you meditate toxicity off. Which is fine I guess, but it doesn’t feel nearly as useful. Besides, I liked running around mid-fight chugging potions and weighing dying at the blade of my foe or by potion poisoning.

Oh also: This game is damn nice looking both in terms of graphics and level design. So pretty. Such a nice presentation. I hope that you all have decent computers lol. As was the case with the first game, the soundtrack is awesome. Some will enjoy this game and some won’t. General internet opinions seem to be rather polar. If the drawbacks don’t annoy you too much, The Witcher 2 is worth picking up.