I was fiddling with my computer about a month or go for the sake of installing a VGA slot fan which I think to be honest, does jack shit but whatever; I don’t feel like removing it (I think I’m done with single slot VGA fans by the way. Noisy ass fans). My current card, which is finally starting to show its age, is an EVGA 512MB 8800gt. It really wasn’t all that bad of a value considering that I have had it for almost 3 years. It will still run most things at a reasonable frame rate at high and very high settings, but the temperature and noise rise greatly as a result.

The room in which my computer resides is warm but not warm enough to warrant running the air conditioner unless it is unbearably hot outside. Consequently, my video card has been running at range of 80 to 84 degrees Celsius on the hotter days this summer (idling at 55 to 60 degrees Celcius); Which is within the card’s normal upper temperature range (it runs hot), but makes the fan speed ramp up to 100%. BZZZZZZZZZZZZZ. If it bothers me that much I can add an aftermarket cooler, but that is a pointless expenditure on a 3 year old video card. 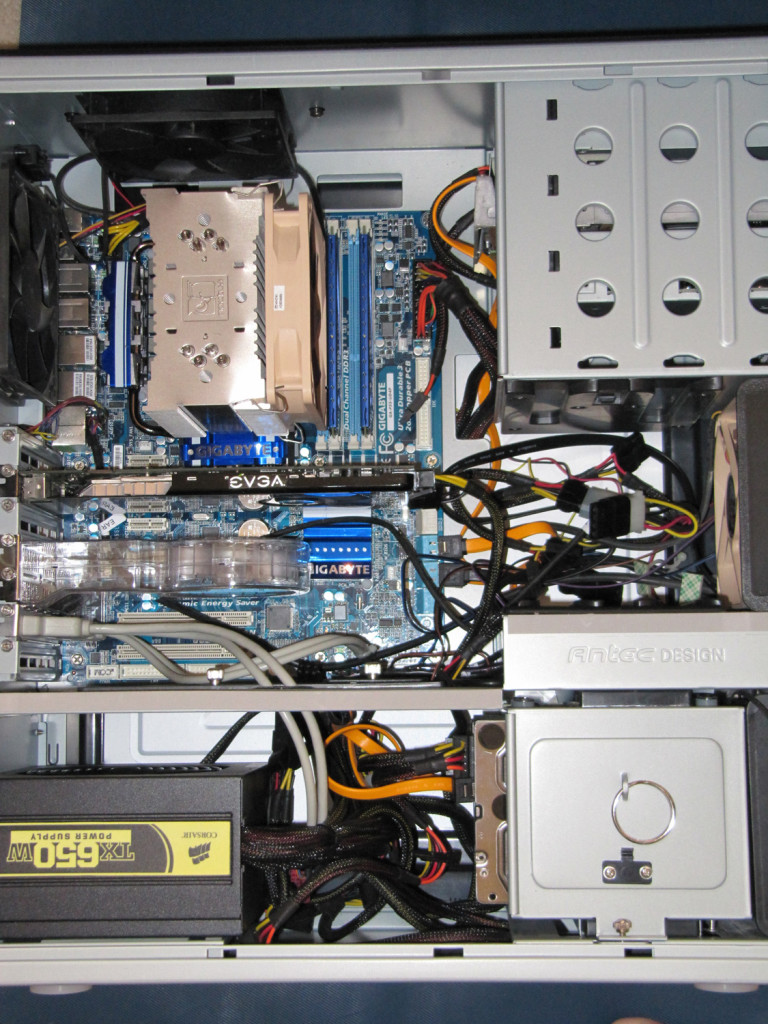 But anyway, long story short: My original intention was to buy a new card when I built this machine (but Newegg as well as every other vendor was out of the card that I had wanted). Now that NVIDIA has released their new line of reasonably priced mid-range cards, I am thinking of getting one soonish. Maybe in September or October (but definitely before Cataclysm releases), depending on what else is available. I don’t want to spend more than $200 to $250; I am going for the best value per performance.

This is the card that I am considering: The Gigabyte 1GB 460 GTX. I am also thinking of just maxing out the last two RAM slots on my motherboard since it will only cost about $100 more. I regret not doing so when I built this machine. Because of my stupid huge ass CPU cooler, I will either have to remove and re-seat it or figure out a way of prying off of the fan clips without breaking them in order to fill up the last two slots. I wasn’t actually sure if there would be enough overhead clearance for another two sticks + the RAM heatsinks but I checked on that when I installed the slot cooler. There should be enough clearance.

Next Article...Then Along Came a Nuke