Preparing for the Expansion 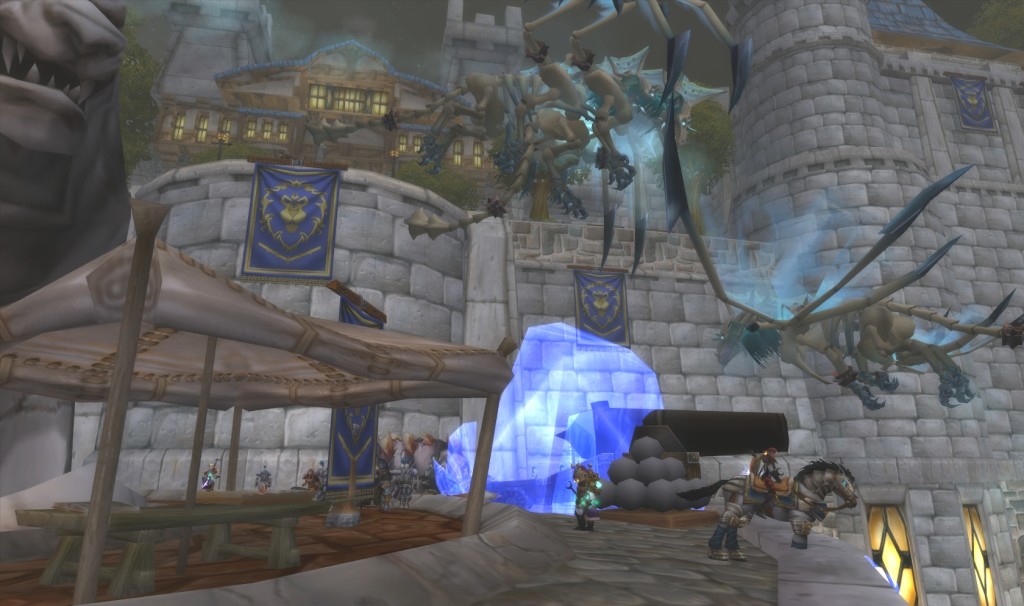 Yay, happy birthday to me :D. Two days to go until Wrath of the Lich King arrives, so excited! I need to re-enable the experience bar on my UI and redownload questing mods. I spent so much time focusing on the grouping and raiding aspect of my interface that I completely forgot that I would be leveling to 80.

The incremental world events leading up to the expansion release date are fun. I logged on after work yesterday and there were a crap ton of people waiting next to the King in Stormwind Harbor. The scourge invasion began sometime during my raid; I did manage to catch it later in the evening while I was putzing around on my banker and on my lowbie horde alt. 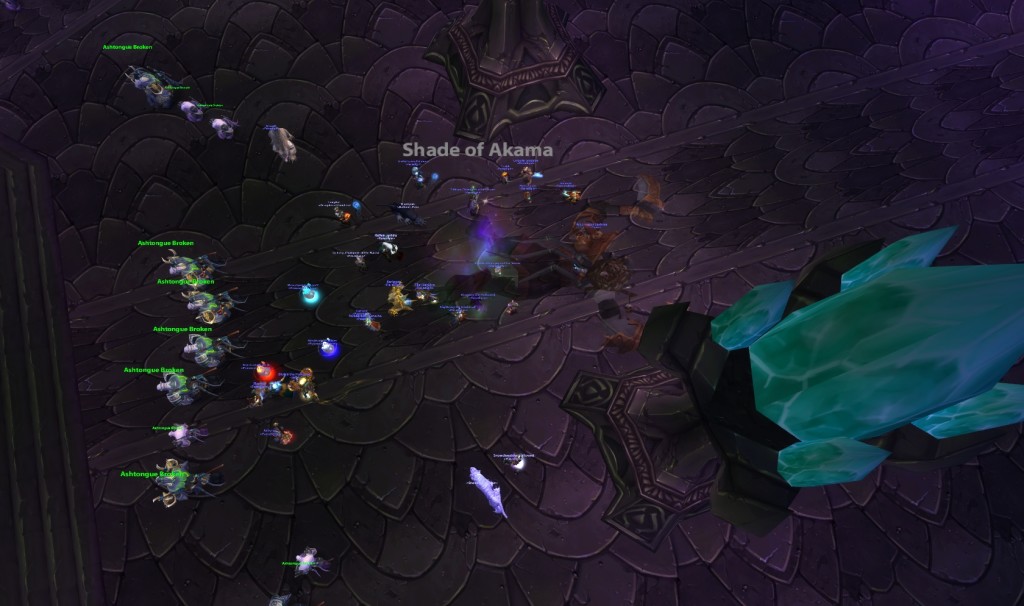 Oh hey you know what? I haven’t actually logged on my poor hunter Doombeard in several weeks. I haven’t even finished up the last inch of mining, researched a new talent spec, fixed his user interface or anything. I guess I should do that this weekend (after I beat Fallout 3). I really do intend on leveling him to 80 sooner than two months before the third WoW expansion pack hits…

We did the Black Temple for our last Burning Crusade guild raid. There was sufficient tankage so I stayed Retribution (I don’t plan on specing back to prot until 80. Being melee apparently means that you die a lot lol. Four bosses down that event, fun! 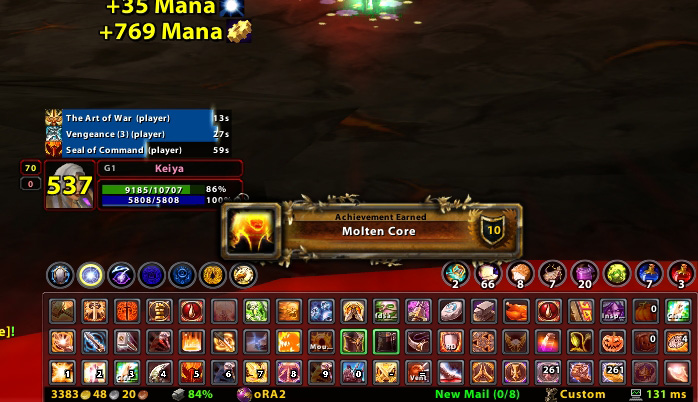 Also did a Molten Core achievement run last night. Seeing Ragnaros for the very first time way back in the vanilla WoW days will always be one of my favorite WoW memories. I mean he’s huge…and he’s on fire. It was still early so we ran over to AQ40 and zerged it up to Twin Emperors. If there’s interest tonight, we’ll do BWL.

Next ArticleStatus: Out For Delivery