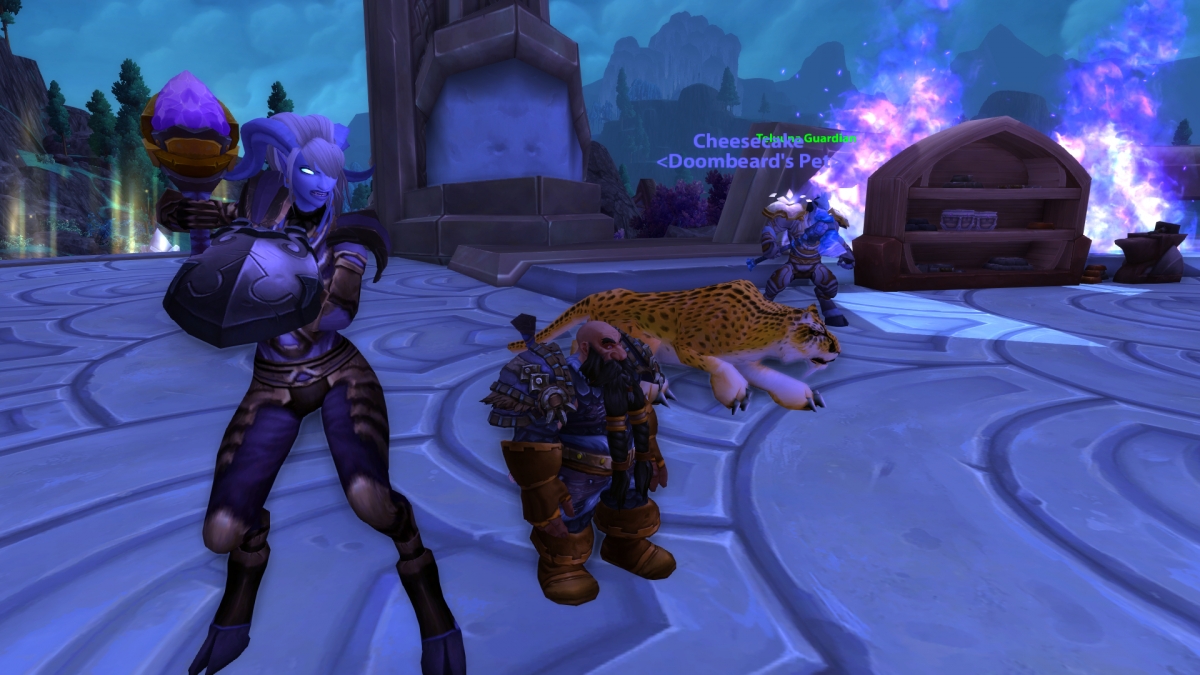 I had kind of a whiny post prepared whinging about Blizzard reverting the LFG personal loot system back to need and greed, but it appears that it was reverted back the next day the next to so all is well I guess. I am a bit surprised that they reverted it as soon as they did; Typical Blizzard turnaround time is Soon™ not soon.

The final boss for each dungeon is apparently, now guaranteed to drop a piece of loot to everyone in the group, which I think is fantastic and should hopefully mitigate the problem of group members leaving after completing whatever boss it is they are farming. I really have a severe dislike for the time wasted by PuG loot roll drama and the personal loot system seems to alleviate that problem.

WoW’s 10th anniversary goodies are out. We tried queueing for the Molten Core last night, but the wait was too long for how late it was in the evening so we were forced to drop out. I am assuming that a full run is going to take at least 2 hours for a random LFR group. I am pretty sure that I swore to never set another foot into the Molten Core ever again after completing literally at least a hundred if not more guild runs back in the day. But that mount is pretty spiffy so you know…

I used my free level 90 boost on Doombeard, my hunter. I know it’s probably wasted on him given that he was boosted a whole 7 levels, but I really did not feel like playing any other character other than my hunter or my paladin and I really wasn’t digging finishing the Cataclysm content and then trudging through Mists of Pandaria before I can finally setup a second garrison. Also, ore farming. It’s been about 4 years since I had last done anything with my hunter other than use him as a glorified mule. I don’t remember how to play him and my action bars are in a state of disarray