On Choice Based Gameplay and WoW Updates 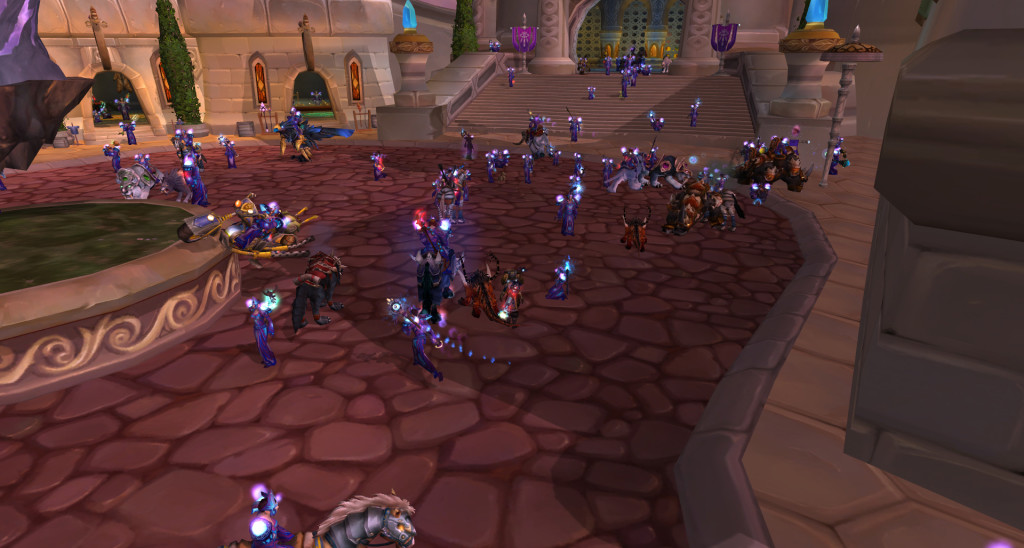 Ah sorry, real life and uuuh not so real life cuts into my precious WoW time. Twitch. In between games at time moment. So I finished both Dragon Age and Mass Effect 2, which is a great game by the way. Not perfect, but among games that offer decision tree based dialogue, BioWare does a pretty decent job especially compared to say, BioShock for example and how your decisions influenced the game (I’ll be good and not spoil it despite the fact that it’s pretty old by now…).

I mean, ultimately there are only a handful of ways that any decision based game can end no matter what you choose but everyone’s Mass Effect play through is a different experience depending on what dialogue options they picked and who they partied with. It’s fun seeing what path other people chose. This sort of gameplay is closer to what PC based role-playing should be, to me at least. I wonder if Blizzard would ever add anything similar to WoW at some point in the future. Actually, I am not really sure how that would even work in a massively multiplayer environment…

So long story short, I and am more-or-less putzing around until Final Fantasy XIII comes out in early March. I think I’ll hold off on buying anything new and finish something from my stack of old unfinished games. Probably going to actually cyle back into a period of heavier WoW playing if the servers manage to let me in. Proudmoore has been awful since patch 3.3.2.

We have tanking alternatives now so I have been gleefully DPSing as of late. Consequently, my Protection set has atrophied a little bit to the point where it is marginally acceptable for the new content. But here’s the problem: I don’t really have time anymore to farm for multiple sets of gear and since I’m not tanking primary spec (and don’t tank much anymore), I don’t typically roll on tanking pieces unless they get greeded out.

Being hit by a mild case of altism again. I would love to work on my hunter again if I have time (barely have enough time to work on my paladin. Long commute FTL). Or, I could just leave him as a glorified transmute/smelt/mining bot and finish off the Loremaster achievement on my paladin before the expansion hits. So close but so little motivation to quest more!

Oh, I got a new gaming mouse a few weeks ago. I’ll make a hardware post about it at some point. It has more buttons. More buttons mean that I can bind even more random macros. Oh, I am open to post suggestions by the way. I have been in the mood to update more but have hit a post idea dry spell.