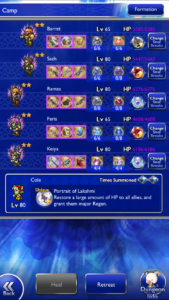 Record Keeper was put on the back burner a bit in light of Pokemon Go and our return to WoW. I still need to clear the FFV U+ fight as well as Ifrit. The Support Nightmare fight wasn’t that hard once I had the timing down, but it did take a few tries and party configurations. The general idea is: 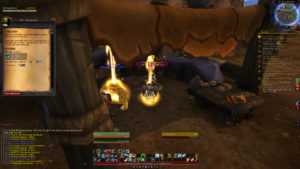 Hopped straight on the gear treadmill despite Legion looming off into the not-so-far distance. My retribution set is sufficient enough to do okay damage in LFR HFC raids. Working on my healing set. I may actually start healing again; If for nothing else, so that we don’t have to sit in the LFR/LFG queue for 30 to 40 minutes. There were literally two healing buttons the last time I had bothered healing back in Vanilla so we will see how that goes…

My hunter has a near full set of 630+ gear tokens from the Tanaan dailies, garrison missions, etc. I can’t however, seem to bother to quest out the last 60% of a level to 100 so that he can use it. I’m bad at alting. I am not sure which character I am going to burn my insta-100 boost on. I am thinking that it will most likely be either a my lowbie druid or lowbie shaman.

Fallout Shelter
I was surprised to hear that a significant amount of content had been added to this game so I redownloaded it on my phone and have been poking at it on-and-off over the past week. The missions are pretty fun though I can tell that my interest in the title is starting to wane.