Games I Enjoyed This Year: Dishonored

2012 wasn’t a huge gaming year for me. Unless I am forgetting titles, which I probably am, I don’t think I even bought too many AAA PC titles. Interestingly enough, most of the games that I have been really enjoying lately are either indie titles or iPhone games. Of the AAA titles that I did purchase, Dishonored comes out on top or close to being on top. I really really enjoy playing stealth games, particularly first-person stealth games to the point where I would easily consider that genre to be my favorite (such a shame that they are so rare). Needless to say, I purchased Dishonored off of Steam shortly after it came out back in early October and had enjoyed not quite a bit. Furthermore, not only is Dishonored a FPS stealth game but also brand new IP, which seems even rarer nowadays. 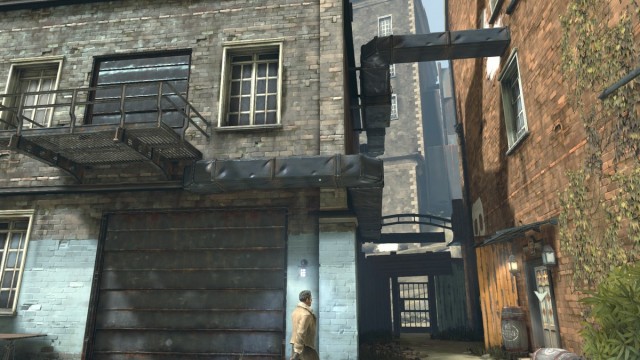 The gameplay is where Dishonored really shines. It has a good rhythm: Blink to a ledge, sneak around a corner, pause to avoid a patrol, look down, drop assassinate a guard, slow time, blink behind guard number two, kill, end slow time, summon rats to ‘hide’ the corpses, blink away. The spells are fun and I feel that blinking is a good solution to the age old FPS platforming problem. I also enjoy having the option to complete a game with a completely non-lethal playthrough. Though it is easy enough to kill everyone in the entire level, the lethal options are particularly fun. I found Dishonored’s binary moraility system (ala Bioshock) to be a bit odd: Even though the lethal options are often the most fun (lol rats), using them will pretty much guarantee that you do not get the ‘good’ endings whether you are detected or not. This mechanic feels oddly contradictory but doesn’t detract from the game a whole lot I suppose. 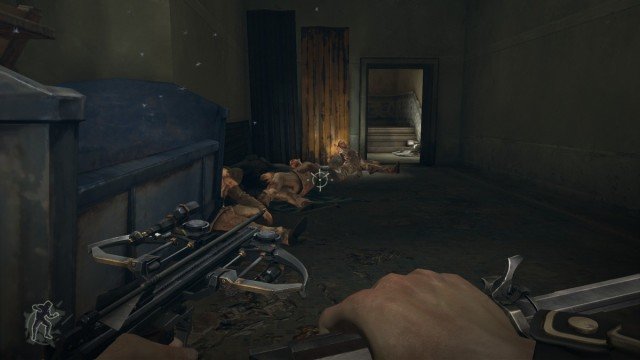 The levels are designed to perfectly compliment Dishonored’s gameplay and as such are very well done. The levels are open and contain multiple objective paths without feeling too linear and forced (eg the conspicuous Deus Ex Human Revolution human-sized vents). If there is a building with a roof, it’s likely that you can climb on it. Most buildings also have an open window or perhaps a grate to climb through. Otherwise, there may be a way to obtain a key, etcetera. Along similar lines, the setting and art style are fantastic: A richly detailed, cell-shaded, dilapidated, Victorian flavored city interlaced with steel. If Dunwall looks vaguely familiar it is probably because the art direction and visual design direction were done by Viktor Antonov and Sebastien Mitton respectively (of HL2 fame). It feels a lot like a steampunk City 17. Overall the characters and story were fairly average. Plotwise, I wouldn’t say that anything too remarkable happened for good or for bad.

Overall, Dishonored was an extremely elegant and polished experience (also may still be on sale on Steam now).