[FFRK] Sins of the Father (Ultimate) 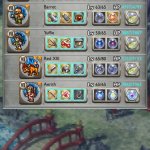 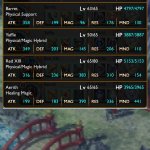 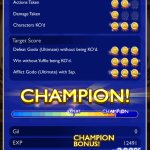 Ultimate Godo was probably the easiest Ultimate to date aside from Advantaliate cheesing Yunalesca. It is worth noting however that FFVII is by far the realm that I have the strongest synergy with. He was basically brute forced down.

Godo was beaten but not mastered on the first attempt because I ate a string of bad AoEs at the very end of the fight which killed Barret. I did master it using the same party configuration during another attempt. With the recent introduction of the orb exchange and shatter mechanics, it was very easy to hone Shadowsteel to R3. It was also a good thing that I did so because Sap only proc’d on the very last charge on all boss attempts. It is a shame that it did not proc sooner because sap does around 4k a tick. Party used:

Sentinal’s Grimoire was cast at the beginning of the fight and then half way through the fight. I also recast Shellga at approximately the half point as well. Drain Strike and Dismissal can be replaced with whatever you feel is more suitable as both are filler abilities. Overall, the real MVPs of this fight are: Realm synergy, orb exchanging, and Lifesiphon + SSB spam.