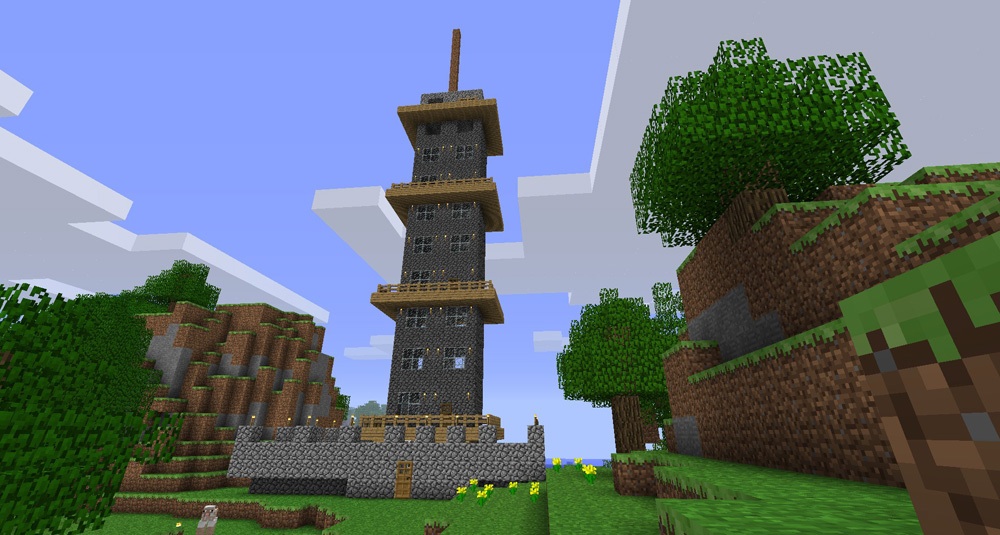 We have shit everywhere. There is one or two chests at the waterfall station near our original spawn point. There’s one chest off to the side of the staircase on the way down from the waterfall station (I built a small supply depot). There are about 3 more chests at a subterranean directly below the mountain base (just South of Home). There are about 10 chests at Home and now 3 chests at The Obligatory Tower, east of Home. Each chest contains a variety of unorganized shit, save for the chests at Home. Those are actually fairly organized.

We  badly need some sort of centralized transportation system allowing for both player travel and supply travel back to Home. I am torn between finding another more centralized location to build a ginormous train station + storage facility or utilizing the existing home base and expanding outwards a bit. Said train station is going to occupy a fuckton of space, because I want it all to be switch operated.

I want an automated cart booster with a pressure sensitive plate to detect players. The transportation hub would also have a master control panel, allowing players to choose a destination. For example, flip a switch to choose your destination, a torch lights up indicating your choice, activates redstone circuitry which in turns changes the track destination to A. The system would also need to be fairly modular should I choose to expand it to accommodate other destinations or features. Some of my destinations are rather far, I may have to implement a satellite switching system: From the hub, go to A, from A you may choose to go to either B or C and so forth.

I was experimenting with automated delivery systems the other weekend (fuck booster carts by the way. Take up way too much space). Halting all progress on the Minecart station since powered rails are supposedly coming tomorrow in 1.5 Which also means that progress on the server will grind to a complete halt in honor of Portal 2. Alas, cruel fate releases two great things in one day…