When I had attempted to load my legacy save this morning, I was unable to do so because it would crash to the desktop after spitting out the error pictured above. I was able to fix that corrupted save, but my crash symptoms were very specific so the fix provided in the steps listed below many not apply to other saved game crashes:

I had tried moving my “The Sims 4” out of C:\Users\<username>\My Documents\Electronic Arts and only the desktop, loading the game to create a freshly generated “The Sims 4” folder and then manually copying over the corrupted save, but that also resulted in the same crash. Repairing The Sims 4 from origin did not help. The crash would by the way, literally only happen to that specific family so I suspect that the corruption was either with a specific sim, an item on that lot, or with the family itself. This is what I had to do:

The odd thing is that after performing the fix, I had tried loading the corrupted save again for the sake of taking a screenshot for this article but was actually unable to get the game to crash again. The only way I was able to recreate the crash was to use the old “The Sims 4” folder that I had backed up to the desktop before attempting to fix the corruption.

Thanks to circling the Timeless Isle hunting out treasure chests and what not as well as the fact that the Valor Quartermaster goodies are now available for purchase with gold, my gear is officially out of the green shit-tier status. I even managed to replace my blue 450 weapon with that one polearm available for 20k tokens from the Timeless Isle loot vendor. I still need to gem and enchant everything and in theory, I should probably also work on my tanking set, but since my gear is out of the red zone, if I really wanted I could probably join some of the lower tier MoP raids in LFR.

This activity of gearing my character up is probably pretty moot given that the expansion pack is being released pretty soon and given that it’s not like I am planning on doing any serious raiding other than occasionally hopping on LFR, but whatever. One interesting thing is that, despite not having played for almost two years (I think?) I still remember exactly where all of my retribution combat abilities are on my hotkey bar as well as what my old rotation was purely by muscle memory from hitting the same buttons repeatedly for years. A couple of things obviously were missing from the recent patch, but I am not entirely sure if I miss them?

Look What I Finally Did 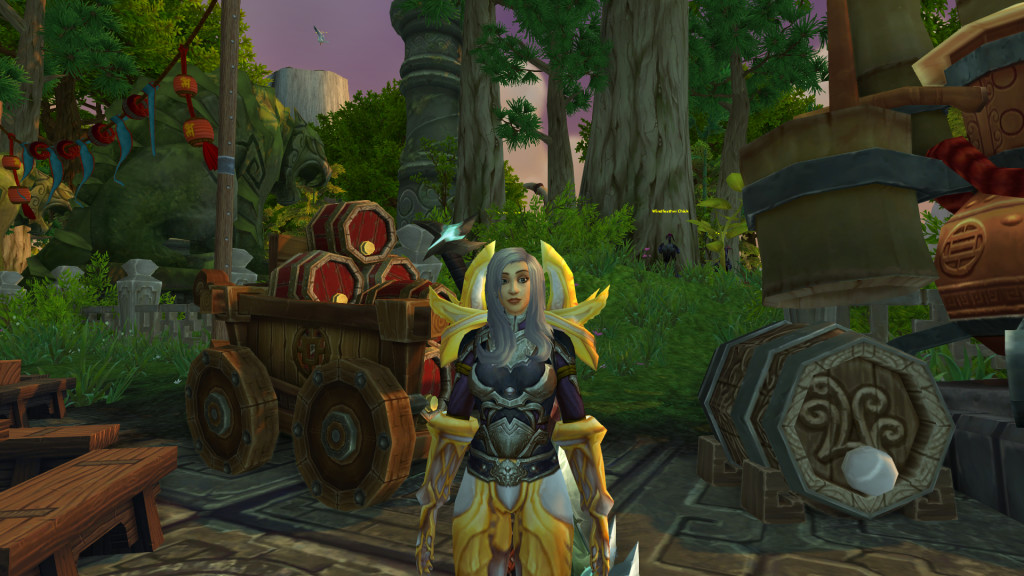 More than a couple of people that I know in-game and in real-life, aside from my husband, are playing World of Warcraft again or at least constantly talking about it. So after about a year and a half to two years of not playing, I actually resubscribed to WoW. Ugh though, it’s frustrating going from knowing virtually everything about the game to not knowing jack shit because it’s either something that’s new or something that I had forgotten.

My UI was surprisingly intact. Because of some of the new interface changes, I was able to drop quite a few things such has ArkInventory (BAG SORTING FINALLY) and my map mod. I haven’t really bothered respeccing my paladin or looking into what the new optimal rotation is for my gear level. Surprisingly enough, I was able to remember virtually all combat abilities based purely off of muscle memory from hitting the same key over and over for keys on my gamepad. I did end up forgetting a couple of important things like say, Redemption and a couple of other utility spells.

For what it’s worth, my character now looks really weird and vastly different from pre-patch 6.0.2 Keiya with the new models. Also, WoW looks pretty and smooth on ultra with my new video card. 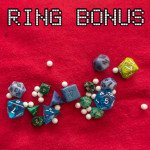 Tonight on Ring Bonus, we discuss The Legend of Korra: Book 1, which we greatly enjoyed watching this past week. If you haven’t watched it yet, we do discuss spoilers on the show, but an audible warning is given before hand. We also discuss house hunting, a recent movie shoot that we were a part of as well as all of the airsoft antics that we have been up to lately.

As always, thank you for listening and please feel free to subscribe to the Ring Bonus via the RSS feed as well as via iTunes. We also have a forum and would love to hear topic suggestions and what not.

My Pending WoW Return and What Not

Just a quick post since since I have not done one in a while. The one and only game, other than anything that I play on my phone has been The Sims 4. I think I had originally stated that I would do a follow up, state-of-the-game review post of The Sims 4 about a month or so after it had been released. The answer to that, given that this game is all that I have felt compelled to play for a while is: Yeah, it’s pretty fun. It’s also pretty spiffy that ghosts, pools, etc are being added in at no additional cost. So, good on you EA.

The Sims 4 will likely take a back seat pretty soon though, possibly this weekend. Word on the street is that the new WoW patch is out and that I should resubscribe because enough people that we know on the server are playing now to group together and instance. Neat. I wonder how broken my user interface is going to be? Also, I’ve heard that Blizzard has finally added in bag sorting among other things into the game. I can probably just dump half of the addons in my user interface folder.

Other things: We have been super lazy about the podcast lately but will be recording an episode and releasing it this weekend. We haven’t been home on the weekends lately, which is our preferred recording time. Legend of Korra is pretty good. Dave and I just finished book one. In all honestly, I had forgotten that Korra was on my to watch list until the Book 4 previews were linked on Reddit. We’ll probably end up discussing it on the show. Better late than never, right?