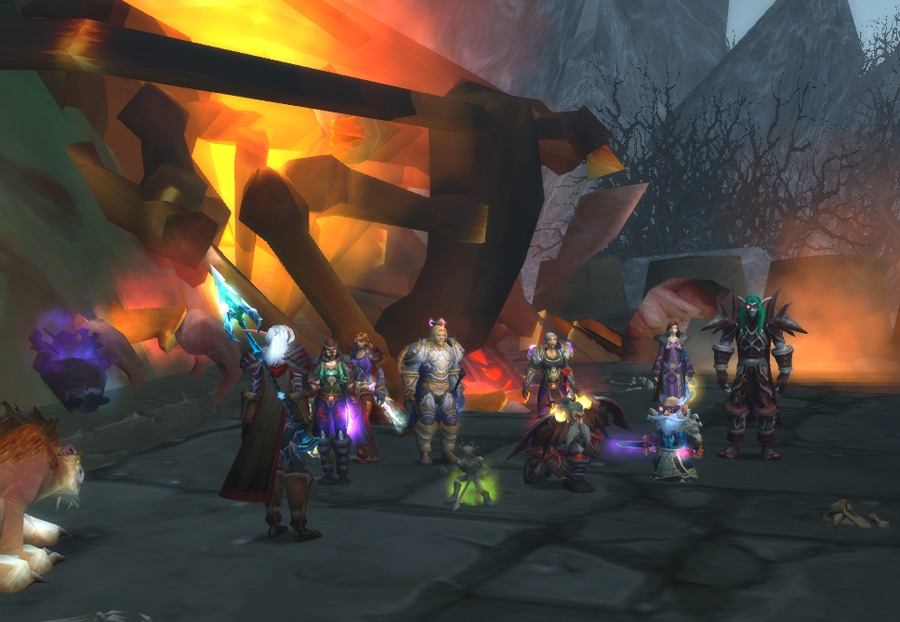 I’ve made revered with the Consortium, Ogri’la and the Sha’tari Skyguard, my current reputation projects. Working on the Consortium for the monthly gem bags and because it’s stupid easy, working on the other two because I want my ray mount and the daily quest gold. There are a total of 6 really easy quests that can all be completed in around an hour for 11g 99s each. The extra gold means that I can stock to the teeth with potions and flasks during raids.

Forgot to post: Took Nightbane down for the first time last weekend. It’s a fairly long and healing intensive fight. Other than that, it’s not all that super complex or difficult. I do though, usually end up popping around 3 or 4 Super Mana Potions. Having a paladin AoE tanking the skeletons makes the Air Phase pretty trivial. Picked up a nice shield for my spell damage set (which sits at around 650 spell damage at the moment).

This weekend: The Gods of loot smiled upon us and dropped tanking gear, including the elusive Moroes dodge trinket, breaking the 2 or so month long guild curse. Actually, a good mix of items dropped, including a chant. Picked up the [item]Justicar Faceguard[/item] and the [item]Iron Gauntlets of the Maiden[/item]. Also accidentally master loot nina’d the [item]Boots of Elusion[/item]. Bah…I guess it had to happen at one point or another, I’m the only officer that hasn’t mis-ML’d an epic (though there’s a confirmation check now, I need to pay more attention) :<

Also ran some quests with guildmates, farmed a bit, and had my baby mage twink ran through Gnomer. If I have a spare chunk of expendable gold, I am so going to buy a [item]Staff of Jordan[/item] and chant it with either +40 spell damage, +30 int, or if I am really rolling in the dough (highly doubtful): [item]Formula: Enchant Weapon – Soulfrost[/item] (dropped off of Illhoof this weekend). Uber PvP twink!

Other than WoW: Played some more Oblivion and what not. I really want to start running at least a couple of miles on the weekends again, and lifting for at least a half hour 2 or 3 times a week (that shouldn’t impact my schedule much at all). Since starting a regular job, I have fallen out of a regular gym routine.

Next ArticleHow To: AoE Prot Farming