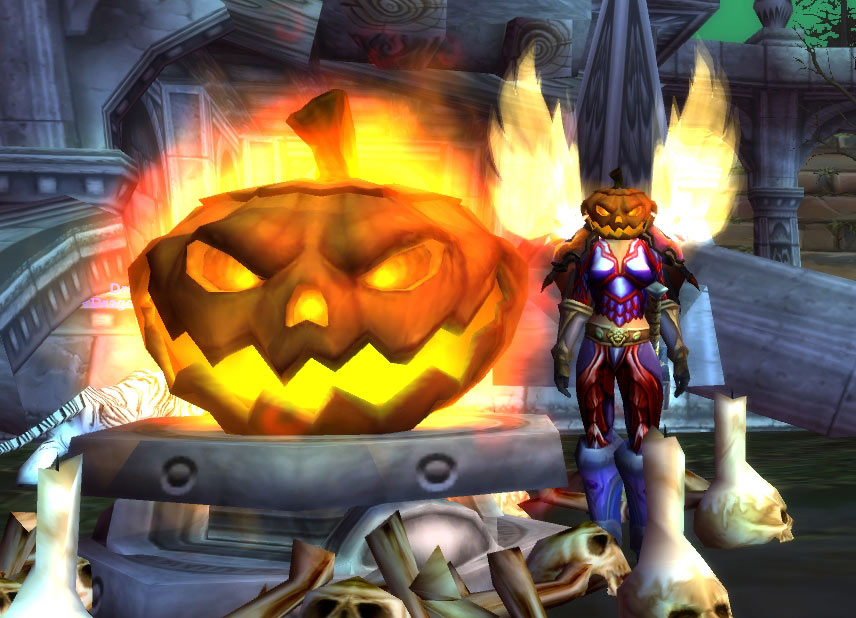 I’ll get to responding to people and what not within the next day or two, after I tend to guild administrative stuff, which I am also behind in lol. Last week was hectic: I had to evacuate my residence on Monday and Tuesday of last week because of the wildfire situation in Southern California. Everyone and everything is okay thankfully, but ugh…

I’ve been putting off the Halloween events and finally had a chance to do the Headless Horseman event (by do I mean farm) last night in Scarlet Monastery. Picked up a spell damage ring, a healing ring, and a neat looking pumpkin hat (will post screenshot later, I don’t have them at my work machine). Fashion > All.

My WoW playtime has been somewhat reduced as of late because Fall marks the start of game season. Game season means that I am distracted by the multitude of triple-A releases between October and Christmas. As a consequence, my 2.3 badge farming endeavor is going rather slowly. I want my legs and I want them the very second 2.3 goes live (whenever that is)!

So the Crysis demo: I had an eyegasm. You won’t find a more visually stunning game anywhere, it’s beautiful. Hell, it even looks great set at medium on a low ass resolution (WTB new video card). Everything is interactive including the trees and buildings and the AI is reasonably smart. I wasn’t really blown away by the storyline or the gameplay, but that’s an unfair evaluation given that it’s just a short demo.

Beyond the graphics and amusing myself with the physics engine, I am very interested in seeing how the plot, pacing, and gameplay size up to some of my old standbys (ultimately, I like well rounded games). Depending on how well executed those elements are, I smell a possible new contender for 2007 game of the year. I think I am going to need a new video card in order to enjoy the game properly.