One of my awesome friends gave me one of her Wildstar guest passes, which has been allowing me play without having to drop $60. I am a human exile medic, soldier path. To be honest, I really don’t know what any of these character choice mean or imply in terms of leveling or end-game, but I figured that I would just roll with whatever and then reap the consequences of my decision later, assuming that I even choose to purchase the full game. 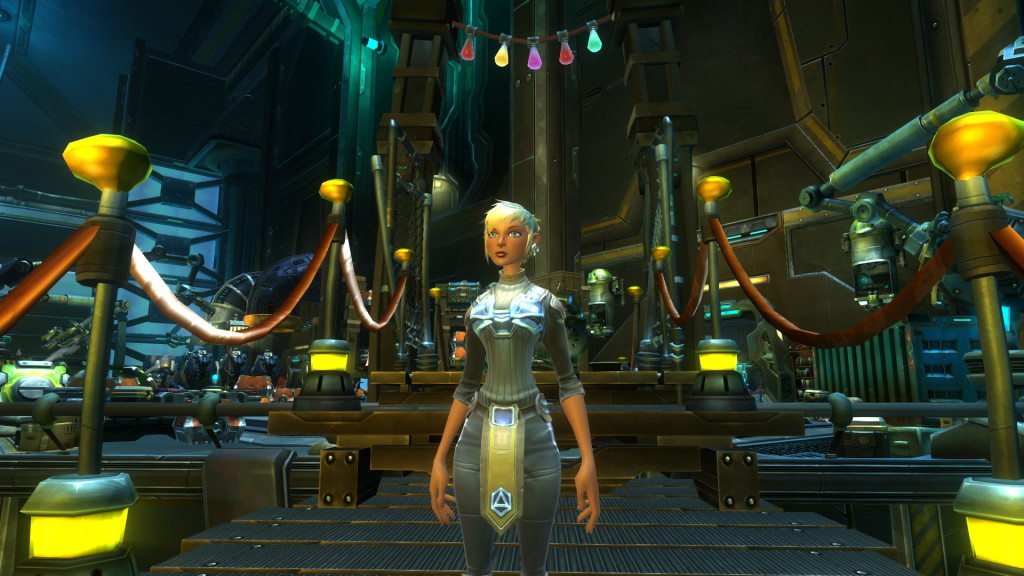 The character designs are a little too much on the cartoony side for my tastes, but that it a personal nitpick at best especially given my WoW background. That said, the game as a whole especially the outdoor environments look very well polished; Everything is vibrant and smooth with lots of detail to the point where many of my screenshots look like they were taken straight out of a concept art book. Pretty awesome. 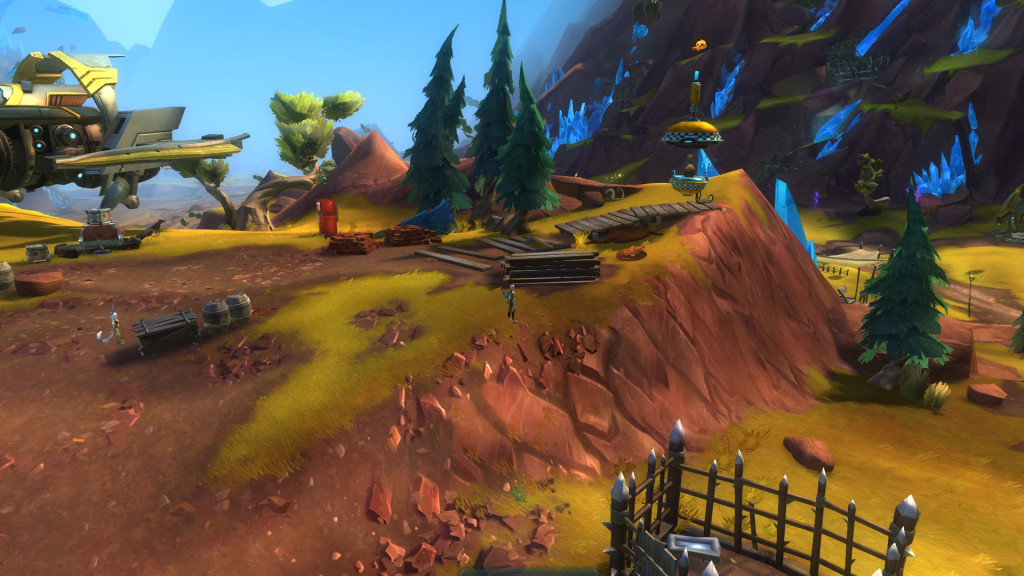 Questing so far seems pretty typical to what one would expect from a modern MMO; I am unsure if there is much else to say about questing other than I am not sure that it is a good thing that quest trackers are pretty much a default feature in all new RPGs. Is this really what questing has come down to? Following the arrow? …but that’s more of a criticism of the genre as a whole than of the game itself.

The combat system has an action RPG element that is pretty fun. Most abilities are “free-form” in the sense that you don’t have to click and select a target to attack. Instead, most attacks are AoE spells using something called the telegraph system. When you cast a spell, the area of effect will be layed out on the battlefield in the form of a colored shape, which will also indicate casting time, channeling, spell type, etc. The unique thing is that, when targets attack you can see their telegraphs as well, allowing you to move out of the way.

All-in-all there seems to be a much greater focus on action (light platforming, no auto attack, sprinting, etc). I look forward to exploring this system further. From what I hear, status effects will actual effect the way you play the game in the sense that when you are blinded your area of visibility is greatly reduced and so forth (versus being a statistic on the screen). 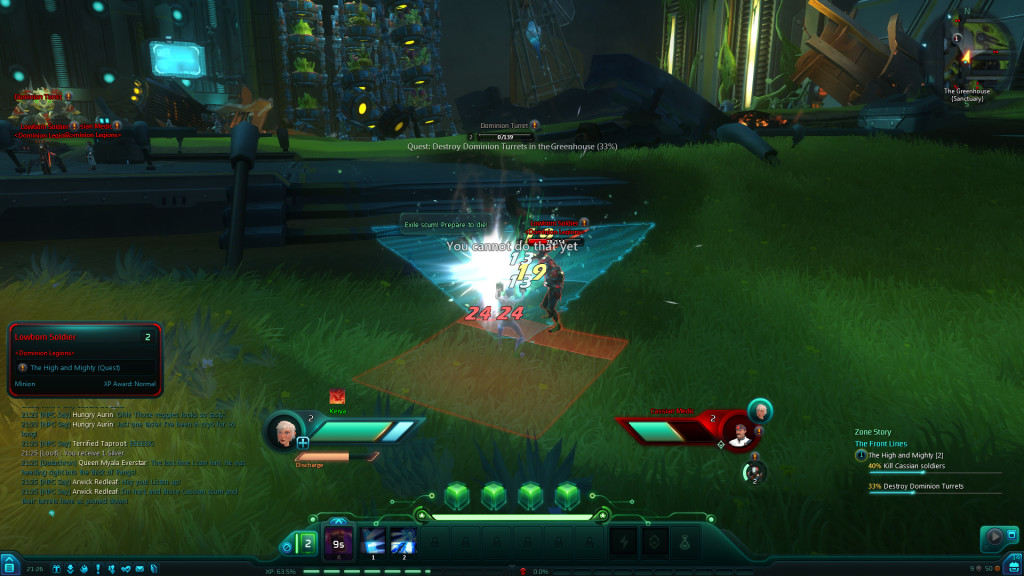 Next ArticleOdds and Ends: June 7th 2014