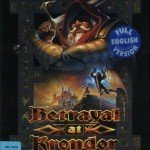 Betrayal at Krondor is a longstanding PC favorite of mine. It’s an older (1993) DOS based PC roleplaying-game, developed by Dynamix and published by Sierra On-Line. The game events occur in the rich and detailed fantasy world of Midkemia, the setting for Raymond E. Feist’s Riftwar Cycle. I actually wasn’t aware that Betrayal at Krondor was based off of a book series when I had originally played it. If anyone is curious, it takes place approximately halfway between A Darkness at Sethanon and Prince of the Blood (decade after the riftwar).

The game is designed to unfold like an interactive book. It’s divided into nine chapters, each beginning and ending with a cut scene consisting of text narration and pseudo-live action animation (fair warning: This game was created in the early 90’s, the height of live actor cut scene cheese). Most importantly, Betrayal at Krondor feels like a book: The narration is compelling and well written. Most RPGs present you with a generic selection of character archetypes to play. Not so much here, the characters are well fleshed out, each with a distinct personality, past and history. 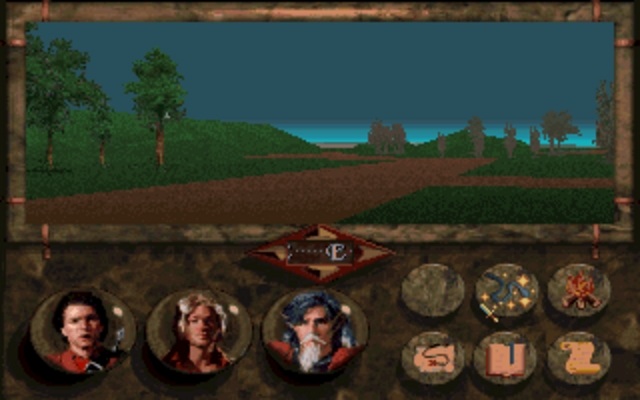 Betrayal at Krondor, if I am not mistaken is one of the earliest examples of a not strictly linear game. Each chapter allows you to freely explore large portions of the map, which are filled with small towns, loot and side quests to complete. It’s a good balance: Open enough not to feel like you are on rails but not so open that you are distracted from completing the main plot. I highly recommend taking the time to explore. The side quests are fun and supplement the main storyline.

Keep in mind that the graphics haven’t aged well to say the least. All of the game travel occurs in the first person. Though the concept was way ahead of its time, it looks pretty dated now. Combat occurs in the third person, image map graphics with hot spots for inns, shops and whatever are used for large cities and certain locations. The game’s charm though, lies within the writing and plot. Stunning new age graphics were never a main draw, to me at least. The soundtrack on the other hand, is great. 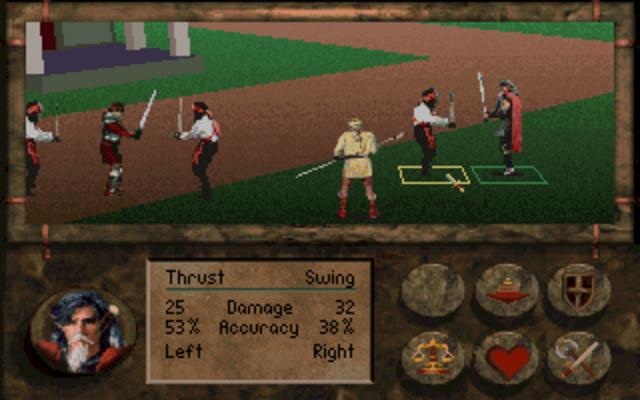 The gameplay has a turn based grid combat system which occurs in the third person, kind of similar(ish) to Final Fantasy tactics. Skill gain is based around usage, there’s no leveling. For example, the more you use a sword, the more accurate you will become. It’s a well balanced system. One of my favorite parts of the game are the Moredhel chests. The treasure chests are locked with a letter dial combination lock. You are given a riddle and it’s your job to figure out the answer.

Anyway, Sierra released Betrayal at Krondor as freeware, available at Abandonia or wherever people go to download old games. There’s also a sequel, Return to Krondor, also a fun game. Unless your computer is ass-old, you will probably need DOSBox to play it. Highly recommended, well worth a download.