My new personal project for April and onward is to consistently run and/or lift at least 5 days a week instead of sporadically jumping on the treadmill once or twice a week. I am considering moving the HTPC into the spare room so that I can watch Hulu/Netflix on a screen larger than the iPad/my phone while I run. Still no Overwatch beta invite though at this point it is not that far from release I guess.

FFRK: RNGesus be Praised
I went into SSBfest and the FFT challenge event expecting bupkis and came out of it with everything that I and really wanted and then some. In any case, I am almost certain that I have permanently exhausted my luck reservoir but now that I have both SG and Shout, I think I am okay with that. First World Problem: Since most of my Roaming Warriors were either Sentinel’s Grimoire or Stone Skin II, I now need to redo my entire list. What a pain in the ass.

Stardew Valley
This game is such a time sink; I don’t in any sense mean that in a negative manner. I am currently at the end of Fall during my first year. The farm, though rather small is mostly automated; Growth seems to be dictated by how many sprinklers I am able to craft. Alex, my chosen marriage candidate has recently accepted my bouquet. I actually haven’t picked Stardew Valley up in a few weeks. I feel as if it is one of those games that I will cycle in and out of as personal interest dictates. 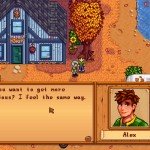 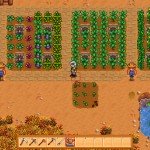 My Plants
I am very pleased to see that the small sad looking lithop leaf double spawned. It was shriveled for quite some time, so I was pretty sure that it was going to die. I guess it just took longer to split for whatever reason. Unfortunately, I haven’t done a very good job of taking my plants in from the rain so I suspect that a few of them have gotten a bit too much water. The soil that they are in does seem to drain and dry out pretty fast so they should be okay.