No Eggs, No Cake

I have a mild cake obsession; I can resist or just not care about a lot of things, but if free cake is offered I have to get a slice. Most people that I communicate with regularly have realized and this fact by now. To my personal delight, Cake was added into Minecraft beta 1.2. It seems to function a lot like Lightwell in World of Warcraft: It is a multiple hit healing item. You place it on the ground and it is good for 1.5 hearts x6. Most importantly though, it is a fucking cake and naturally, the first thing (well, maybe no the first) that I wanted to do once establishing myself on the new SMP server was to bake a cake.

Cooking one of these delicious treats requires: 3 buckets of milk, 2 sugar, 3 wheat and 1 egg. The milk isn’t a big deal, any one cow yields an unlimited supply; Neither is the sugar and wheat (yay indoor farming). Eggs however, I have no eggs and have not seen any all week. So thus began my egg quest. Sadly, it took a good portion of Sunday morning (and two cups of coffee) to gather all of one egg. After about an hour of wandering around the known world, searching the ground for eggs, it had occurred to me that trapping a chicken and waiting a couple of minutes was probably a more efficient gathering method.

However, one egg isn’t good enough. Nothing short of an elaborate egg farming mechanism was good enough for the sake of future cake baking. So that started the next project: An egg farm. The plan is to load the eggs into a switch operated dispenser that would shoot them into a glassed off pool. Chickens would pop out of some of those eggs and lay more eggs. The water currents within the glassed off area would carry the eggs to a safe gathering point. Today I learned two things about constructing dispensers. Both should have been obvious, but I haven’t delved into Minecraft in a while. If I recall correctly, pre-Beta was when I set the game aside to fixate on Cataclysm. 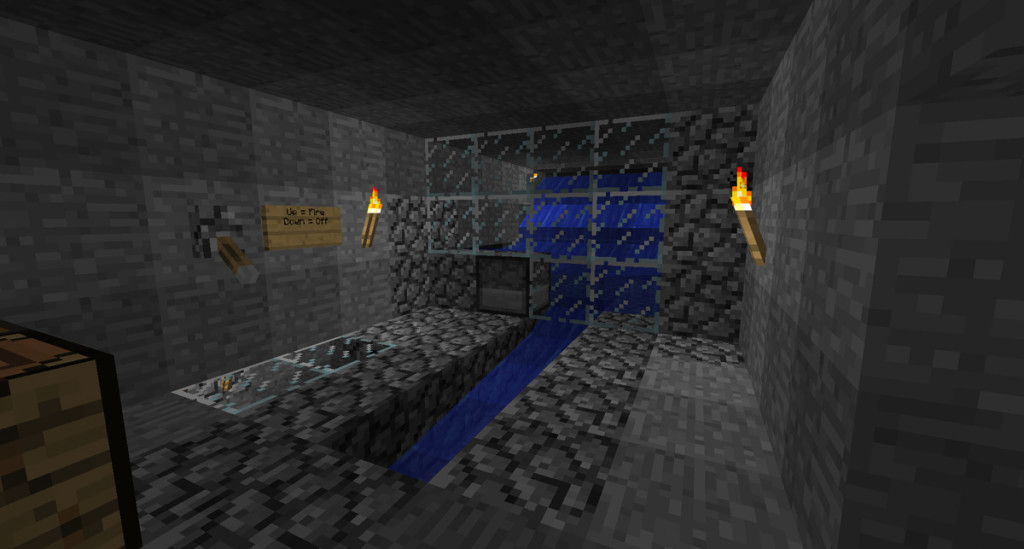 This is a screenshot of us, enjoying floor cake together. 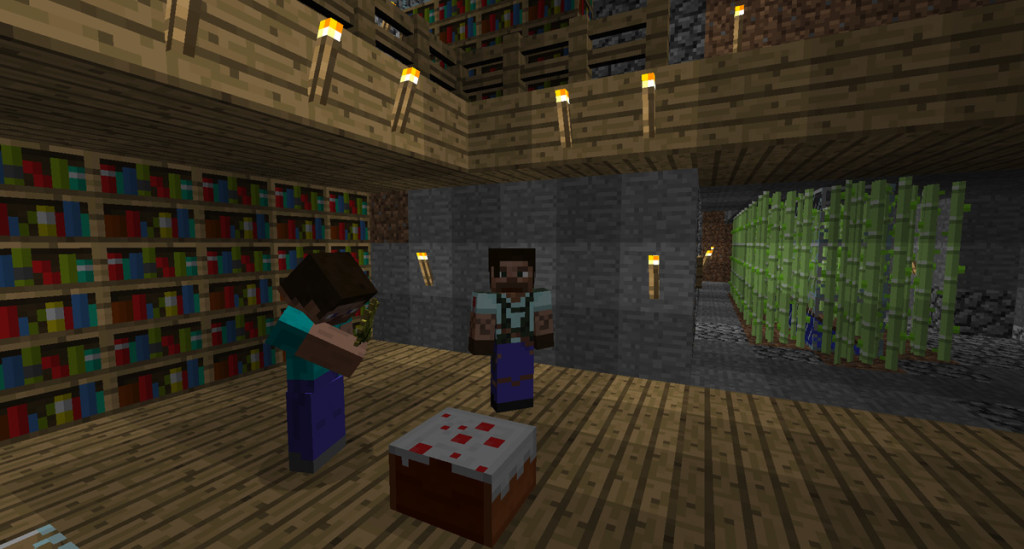 Here’s a nice map of the server thus far. Tertiary Base is coming along nicely, despite minor creeper setbacks. I’ll post about it once the library and tree farm are complete.

Next ArticleVideo Games and Storytelling