I had purchased Frozen Synapse off of Steam quite some time ago during the Summer Camp Sale. Sadly, I still haven’t “had a chance” to play it for more than 5 minutes because I have been very busy. Very busy playing Minecraft that is. Alas, we are back on the Minecraft server and working on our next project after a 2 to 3 month period of inactivity. The castle by the way, is being built at the expense of nearly every single game that I regularly play. Though, to be honest, there’s not a whole lot out now in terms of AAA titles that I am interested in playing anyway.

The castle is being built completely legit; No console spawning save for a couple of items that I felt were unjustly lost due to server glitches, lag and what not. Seeing as how no large flat areas exist within reasonable distance of the primary server spawn point, we have to demolish entire hillsides in order to make room for any large-scale building project (by we I mean my lovely play partner <3). A separate project, making use of the massive amount of dirt that was unearthed is in progress.

The structure itself is just about done, we just need to work on applying some decorative flair and finish the interior design. As far as functional things, we have two farming modules: 1 with an automated wheat farm system and another with an in-progress farm for sugar cane, flowers and whatever else. We really need a cobblestone generator as well as a tree farm for the sake of not having to strip down even more of the trees from the surrounding area. Also, a minecart station is probably needed at some point.

After months of not being able to find one, there just happens to be three mob spawners within a very close distance of the castle (kind of cheated and loaded the server map into MCEdit): A spider spawner, a skeleton spawner and a zombie spawner (which was accidentally destroyed by a rogue creeper). The skeleton and spider spawners have both been setup with item grinders. It’s nice having a near infinite arrow supply. Oh and, spider farming isn’t the most efficient way of obtaining wool by the way. Though I suppose it is if you just go AFK and leave Minecraft running in the background.

A visual tour of what we have so far is included in the full article. I’ll upload a FRAPS video later.{C}{C} View from the front. I want to add a piston powered portcullis at some point, but I need to see if there’s even room for the redstone. We have rooms that are pretty close to the surface. Also want to add a stone walkway, a moat and maybe a small town/farms at some point. 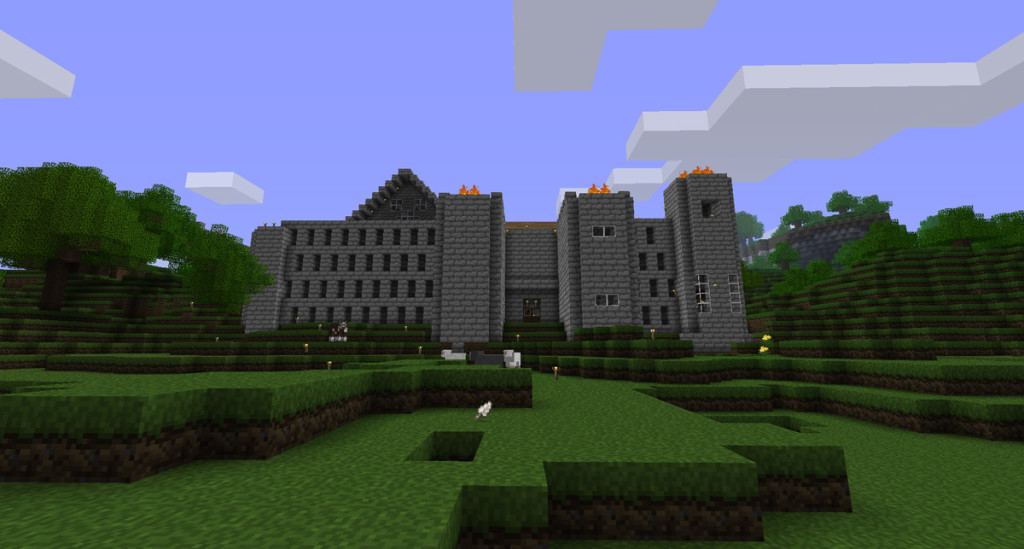 Garden. The hole in the ground leads down to a fairly extensive mining operation. 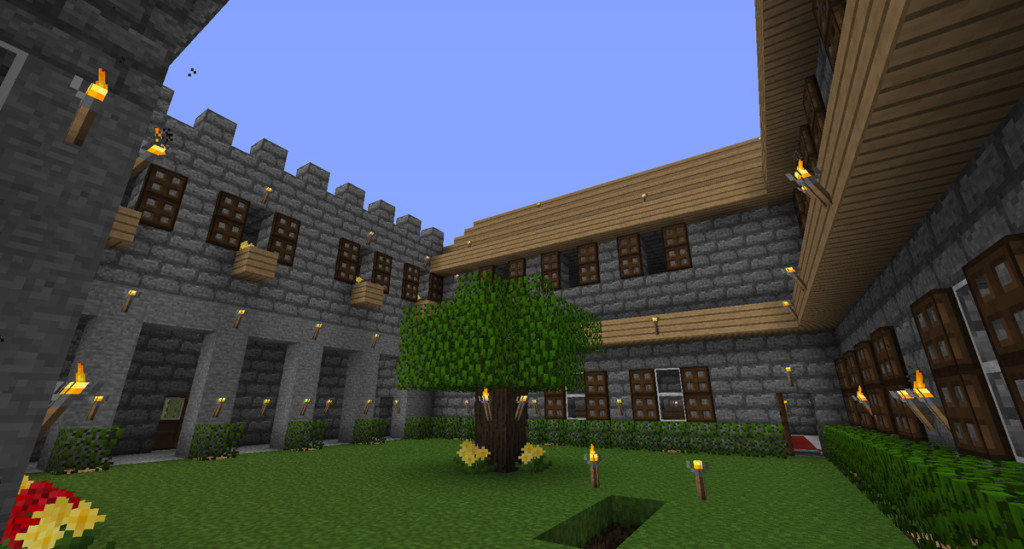 Courtyard. The building on the right is not complete. 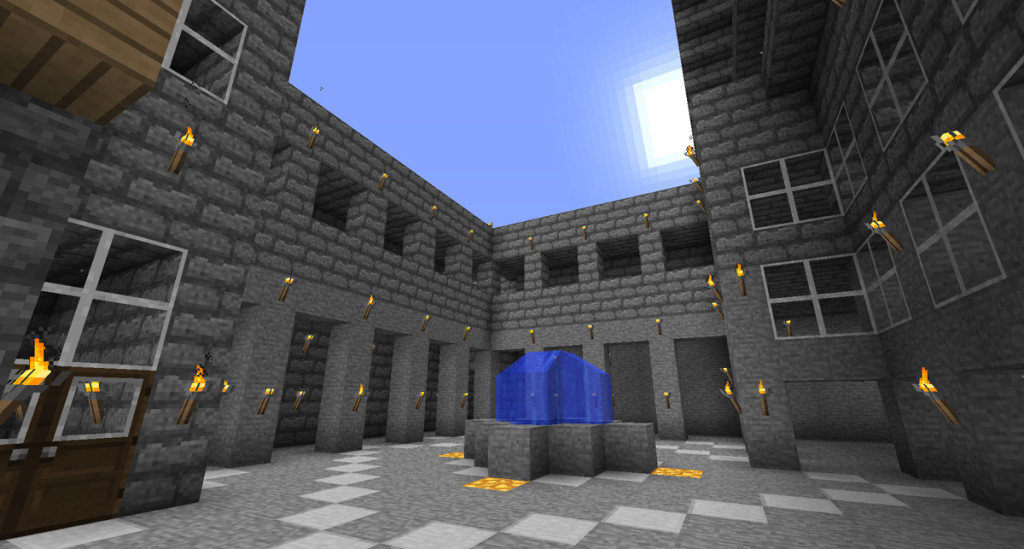 Dining hall (in-progress). The table is too tall… 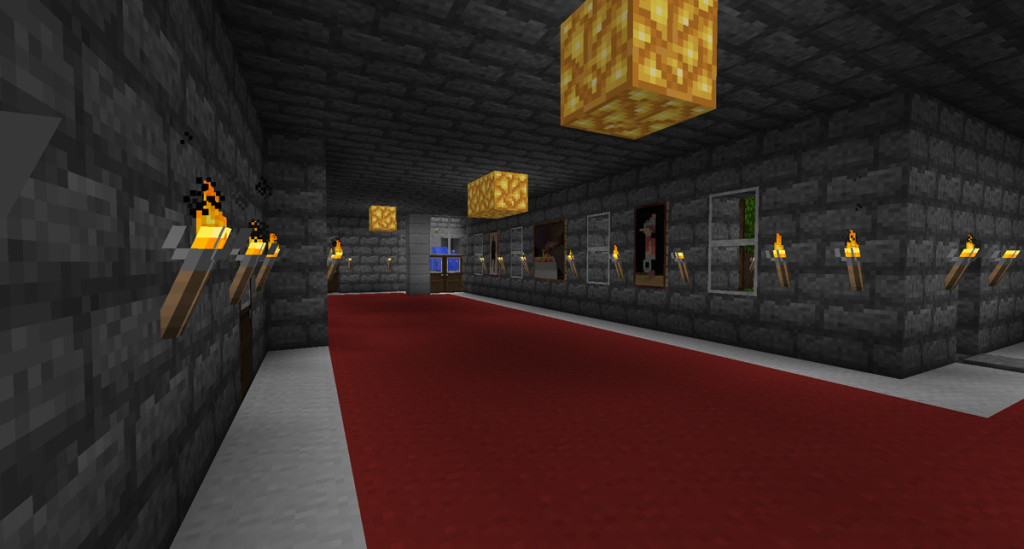 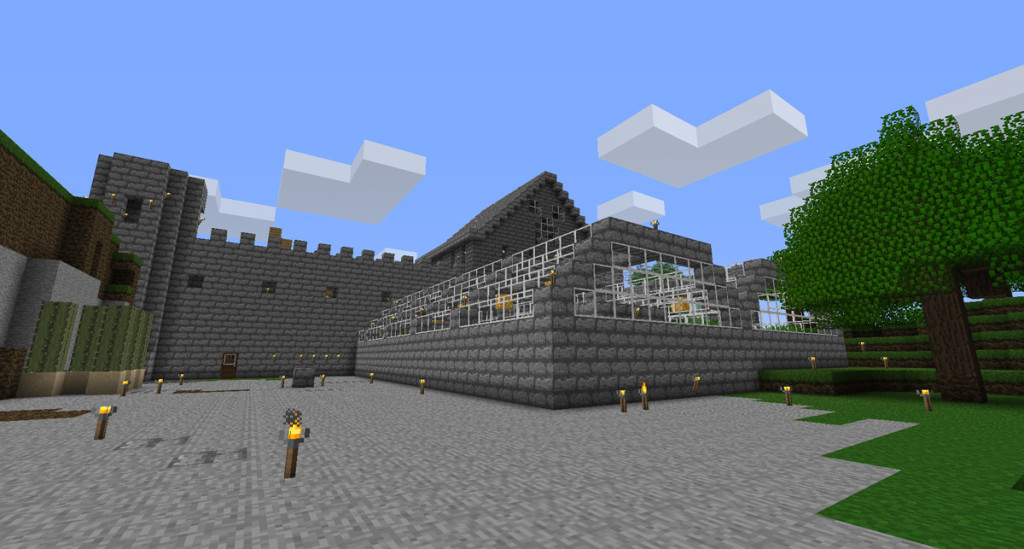 Back entrance. The structures on the right are farming units. The block between the back door and the farm marks a ladder down to a spider spawner. 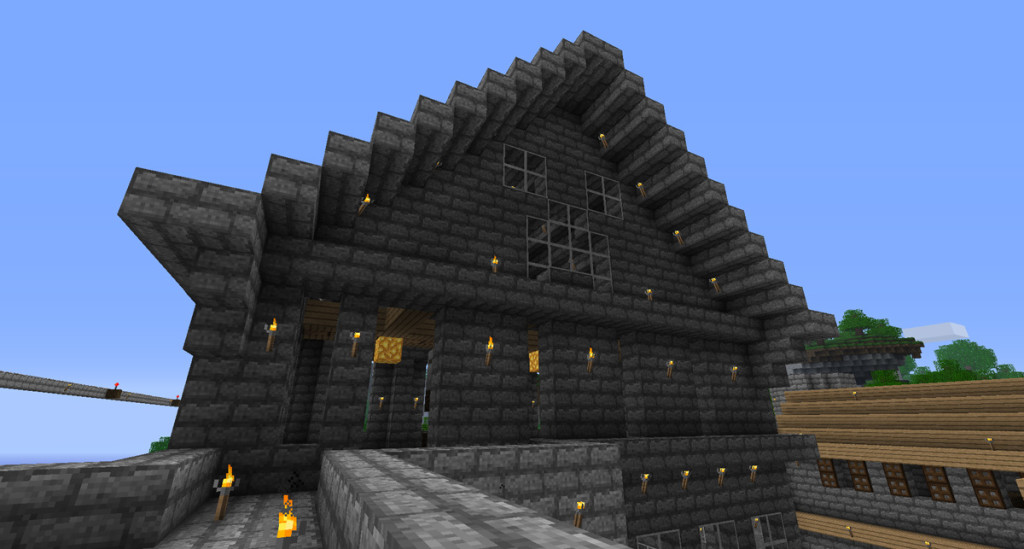 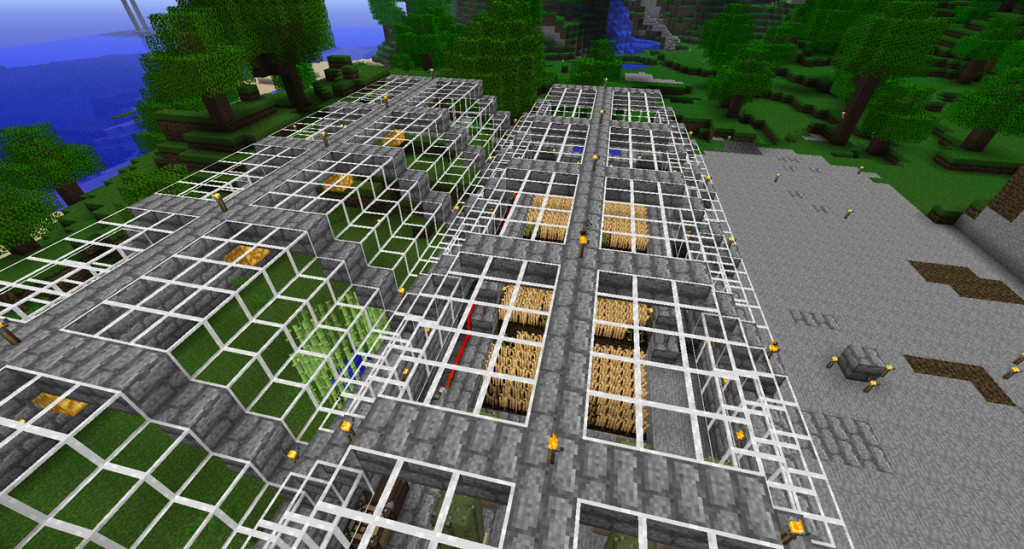 Farming units. Right unit is an automated piston powered wheat farm. Pull a lever, water flows carrying seeds and wheat down to a collection area. Saves quite a bit of time. We eat a lot of bread…

The vault. Located two floors below the kitchen. 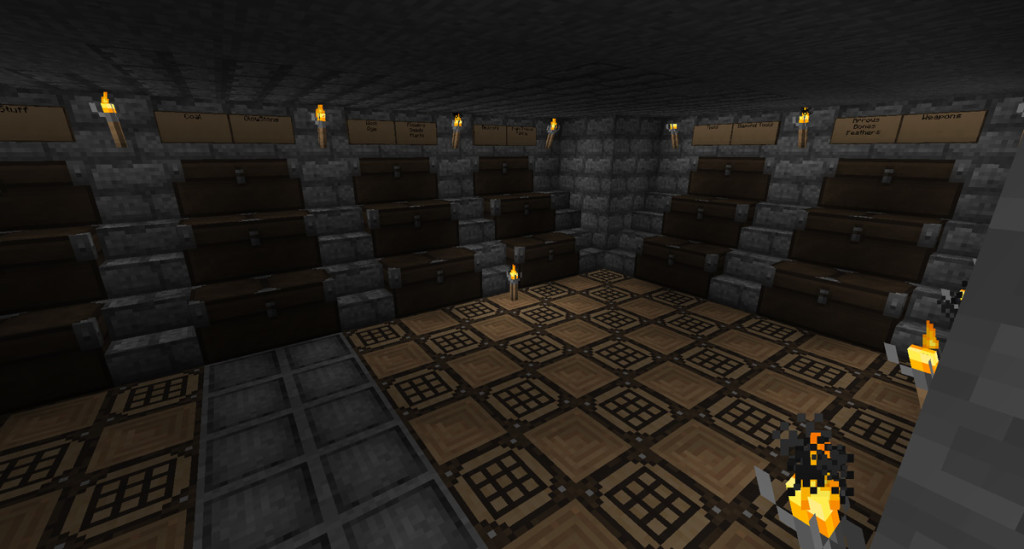 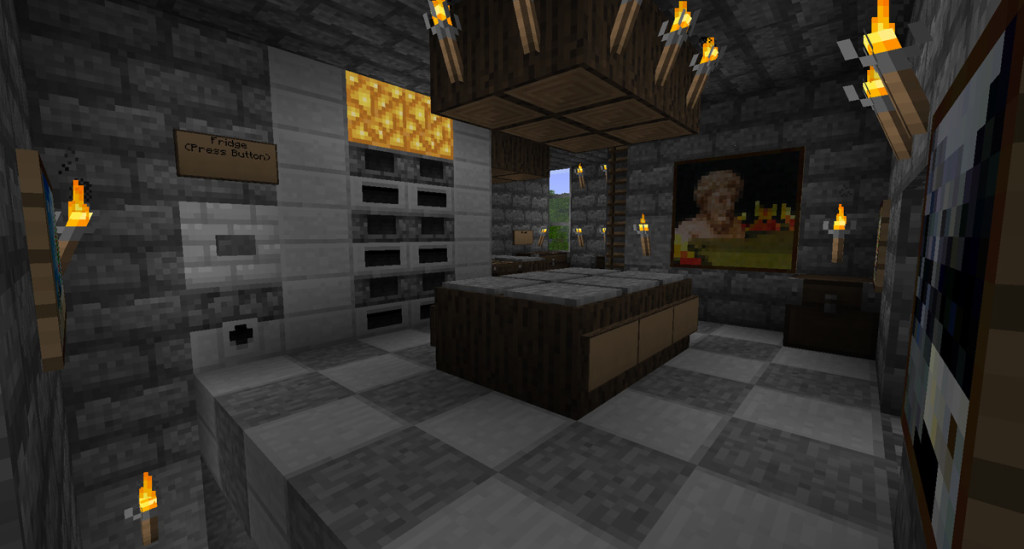 Next ArticlePost Response: On Forced Multiplayer