I have been using the Logitech G13 for roughly 4 years or so and considering it an invaluable WoW tool for my paladin. I have about a thousand keys to bind and the problem is that since I don’t have gigantic hands, I can only comfortable reach numbers 1 through 5 without having to move my left hand to the other side of the keyboard. The Logitech G13 allows me to literally access every single spell, ability, and interface option in the game while being able to move at the same time. This is the way that I have it setup:

Movement
Forward, back, strafe left, and strafe right around bound to the thumbstick on the G13. I hold down the right mouse button to look and have jump/autorun bound to the side buttons on my gaming mouse.

Action Bars
All spells and abilities in game (for the most part) are bound to buttons 1 through =. Different action bar sets can be accessed through the CTRL and SHIFT button modifiers. Generally, I have spells broken up into two rows. The bottom row 1 through 6 and the top row 7 through =.

M-States
One of the main advantages of the G13 is the sheer amount of stuff that you can bind to it. There are 3 buttons just below the LCD screen: M1, M2, and M3. Pressing these keys will shift the G13 into a different state allowing you to bind different items to the keys. So for example, to access a key on the M2 state from M1, you would need to press M2, press the key in question, then press M1 to shift back to the state you were in. That takes way too long. 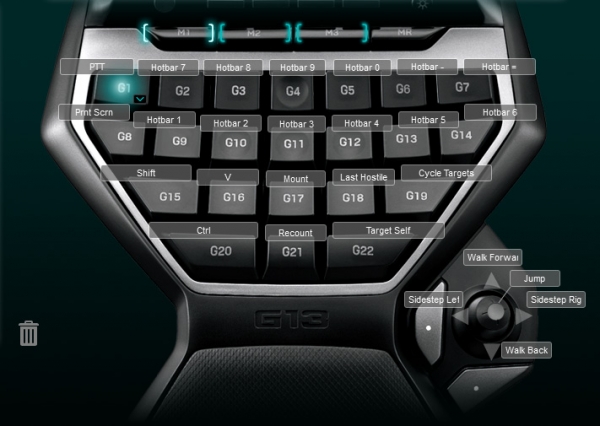 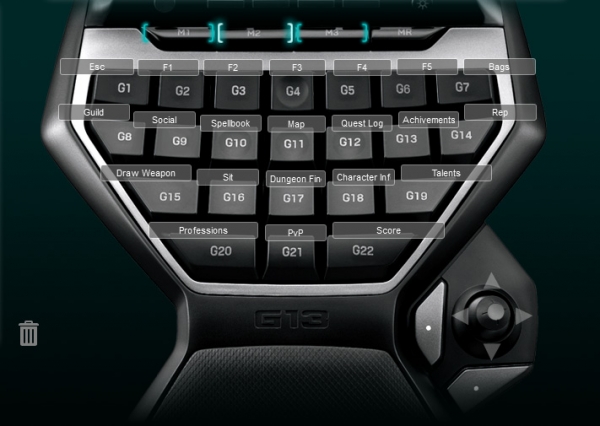 M3 (Blue State): Mostly the party target icons for marking things and whatever else couldn’t be fit in to M2. The ‘Aura’ buttons are a holdover from several expansion packs ago. 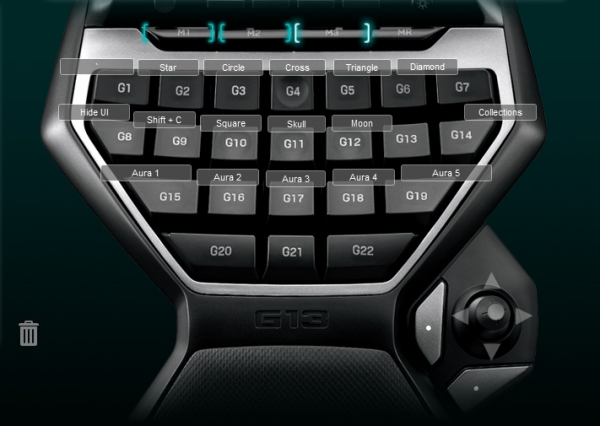 An XML file containing my WoW G13 file can be downloaded below (while viewing the full post). To import it, open the Logitech Gaming Software and hit the import/export button below the profile search bar. Word of warning. This only really works with my WoW keybindings, which aren’t necessarily default.