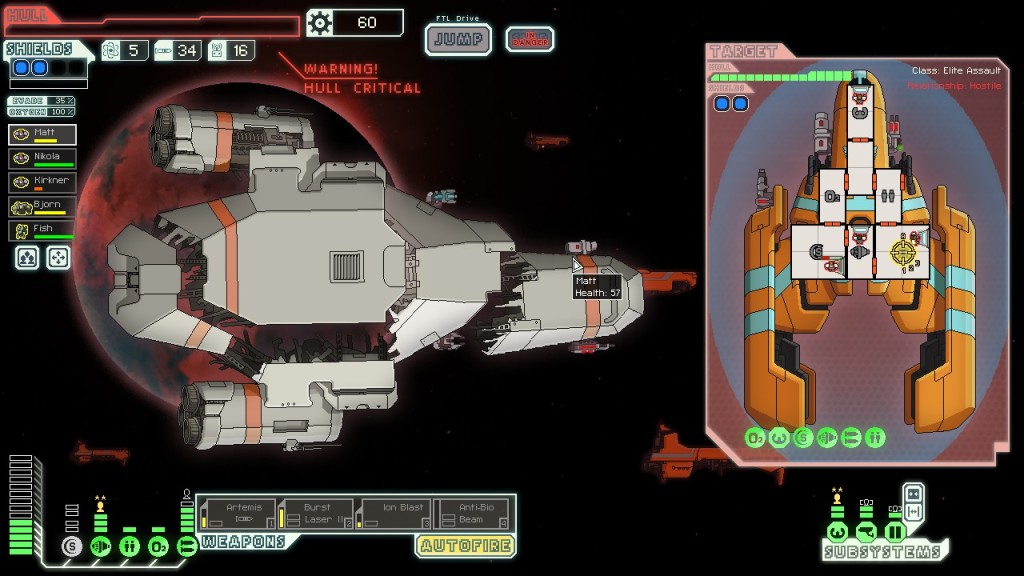 So FTL: Advanced Edition is pretty great and I am pretty sure that it has semi-offically replaced Diablo III: RoS as this week’s gaming fix (possibly in part to the servers being kind of messed up the other day). But anyway, it’s a pretty beefy update adding in new systems, a new race, new events, new weapons, UI improvements amongst other things. The new systems and new race and a decent level of strategy and depth to the existing game (yay clone bay + reconstructive teleporter combo). If for whatever reason you want to disable the new additions, you can go vanilla with an option on the new game screen.

So if you are like me and had forgotten that this game existed, it is definitely worth picking up again, especially given that Advanced Edition not only adds an expansion pack level of content to the game, but does so at no additional cost. If you don’t own it, FTL only costs around 10 dollars if that. It is also now available on the iPad but not iPhone T_T. Overall, new additions or not FTL is probably one of the most fun that I have had getting blatantly and repeatedly screwed over in a game.

Next ArticleOdds, Ends & Good Causes: May the 4th