At some point I was thinking of purchasing Final Fantasy XIV and playing it for a month or two until Cataclysm approached its actual release date (in which case I would continue obsessively playing WoW :P). I don’t feel like I really gave Final Fantasy XI a fair chance and would have loved to at least experience a taste of why people find that game so attractive. But as mentioned before, I don’t really want to do the $60 temporary MMO thing again, ala Aion, so that leaves the open beta.

All other criticisms and issues aside, I will be frank: The interface and controls are horrible if not borderline unacceptable. My goal is to play the open beta past the introductory curve for the sake of getting into the real meat of the game but the problem is that, it feels like such a chore to do anything in FFXIV at this point. I mean, I was never fan of the nested menus, but they aren’t too different than any menu found in any of the console Final Fantasy games which weren’t too bad. the real problem is that there is a palpable delay between literally everything that you do. It is cludgy and feels like a bad port.

The interface lag makes it feel like I am playing the game through a remote terminal connection, which to my understanding is a correct assessment given that literally everything, including mouse control is being handled server side, or at least feels like it. Speaking of which, why is there no hardware mouse support? Supposedly Square Enix is ‘considering’ adding it into the game at some point, but that is such a basic feature. It is like selling a car and then adding the wheels on at a later date.

I think it’s pretty clear that Square Enix has absolutely no idea how to make a game that is not console based. There is a solid standard for PC MMO interfaces that hearkens back to the days of Everquest. Over the past decade or so, one game or another has build upon it but it is effectively, the same damn layout, it just works and there is little reason to deviate from it. But, I am playing a beta so hopefully within the next few weeks at least a few of the interface issues will have been polished out.

Also, the omega hares of death have been replaced by the dodos of impending doom. 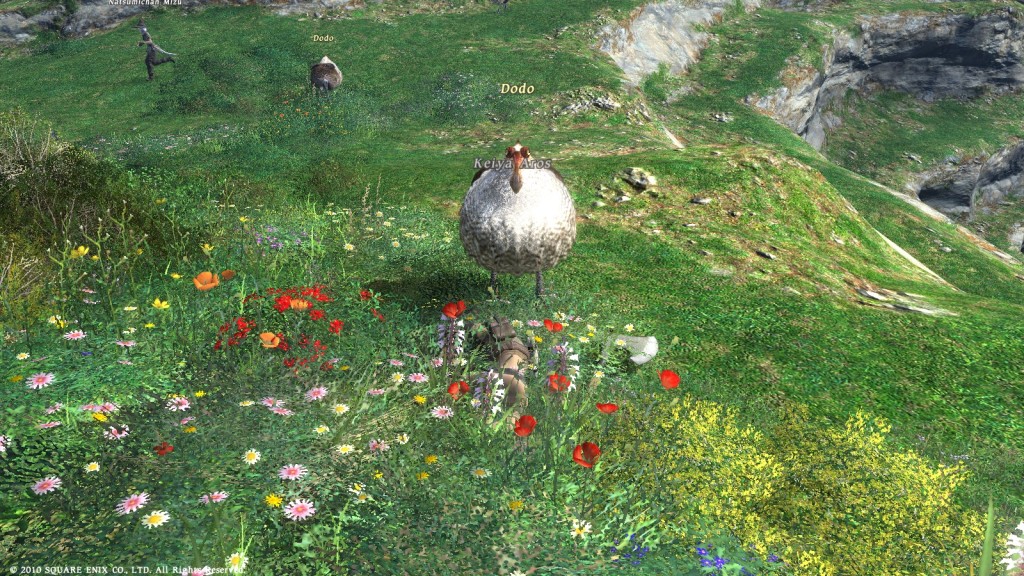