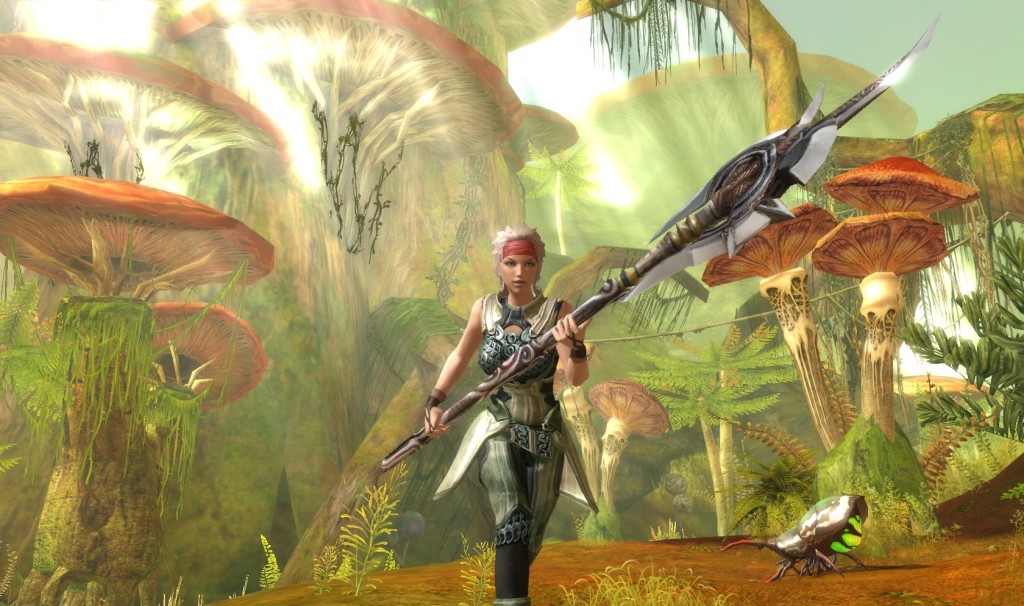 Ignore the frequent theme changes. I’m playing again and am too lazy at the moment to use the dev site.

I better post this entry before I get busy again. Delayed is better than never! I compulsively bought Aion off of Steam a few weeks after it was released to scratch a PC game itch that had been festering all summer. It was my downtime project for a bit, the idea being to reach mid-game so that I could do a review after experiencing some of the meatier content in the Abyss. Sadly though, I only made it to the mid-teens before I set it down permanently (real life business happened).

It’s hard to discuss MMO’s fairly without soaking a significant amount of time into them. You see, they are like people: some are pretty and sweet things on the first date, but transform into an overbearing bitch a few months into the relationship. Some on teh other hand are diamonds in the rough; They just need some time. Okay okay, that was a really bad metaphor (it’s late). TL;DR: Take this post with a grain of salt, I is noob.

Aion is a visually stunning game. The zones are beautifully designed, spell animations are shiny and fluid, the textures and water look very very nice and the character models are detailed nicely. I know that everything looks good when it’s new, but I really do like the way Aion looks; it is pretty. This game by the way, despite having only two playable races, is the holy grain of character customization. No seriously: There are not only a ludicrous amount of facial modifiers and hairstyles, but there are also sliders and options for body type in height. I think I spent an hour playing with this…

If you have played WoW or any other PC based MMO, you should be able to jump into Aion without any problems, since it more-or-less follows control and mechanics standards to a letter (a good thing). The newbie tutorials are also somewhat better than what WoW has to offer (until 3.3 at least). It’s a very polished MMO, though nothing that I would really consider ‘new’. It is however, different enough from WoW to be a fun side project but not innovative enough to make me want to play it past the free trial. Initially at least. As mentioned above, I don’t know what the end game content is like because none of that is introduced until you hit level 25.

The problem is that until you hit that point, the game is a fetch and kill quest grind. Quest progression in general is very linear. From what I’ve seen, there doesn’t seem to be even the option of being able to level grind in another zone. Being linear is not necessarily bad; The zones and quests flow together smoothly into a clear progression path. And yes, it is a grind whether it is disguised as a quest or not. I was a bit disappointed by the quests themselves. Though well written, there aren’t enough of them to level to the cap (I can’t find the link, but someone actually bothered to add up the total experience from every quest in the game compared to how much experience you need). The quests themselves are unimaginative and rarely diverge from fetching, killing X of Y or running across the zone to click on something.

The questing interface is rock solid and dare I say, a bit better than WoW. Actually, the interface in general is extremely polished. I am trying to think of a gripe, but I honestly do not think that I have one. I really like the in-game database. The quest text contains hyperlinks that when clicked, will open a pop-up window containing a description and a generally location of the NPC or item.

So the big thing in the game as well, advertised on the box and everything is the ability to fly. You actually obtain this ability fairly early on in the game at level 10, but it’s restricted to only a few small areas. I know that it plays an important part in later game elements, but so far it seems pretty gimmicky given that I can only fly in like one area for 60 seconds. The flight controls were also a little cludgy and awkward, but I guess I was just expecting it to function like WoW a bit too much.

The content distribution seems a bit uneven. No dungeons or instances until level 25, so until then it’s rote questing and grinding. That is so vanilla WoW! Aion isn’t the holy WoW killer, but It was actually fun. If you are looking for a side squeeze to try out, give this one a shot.