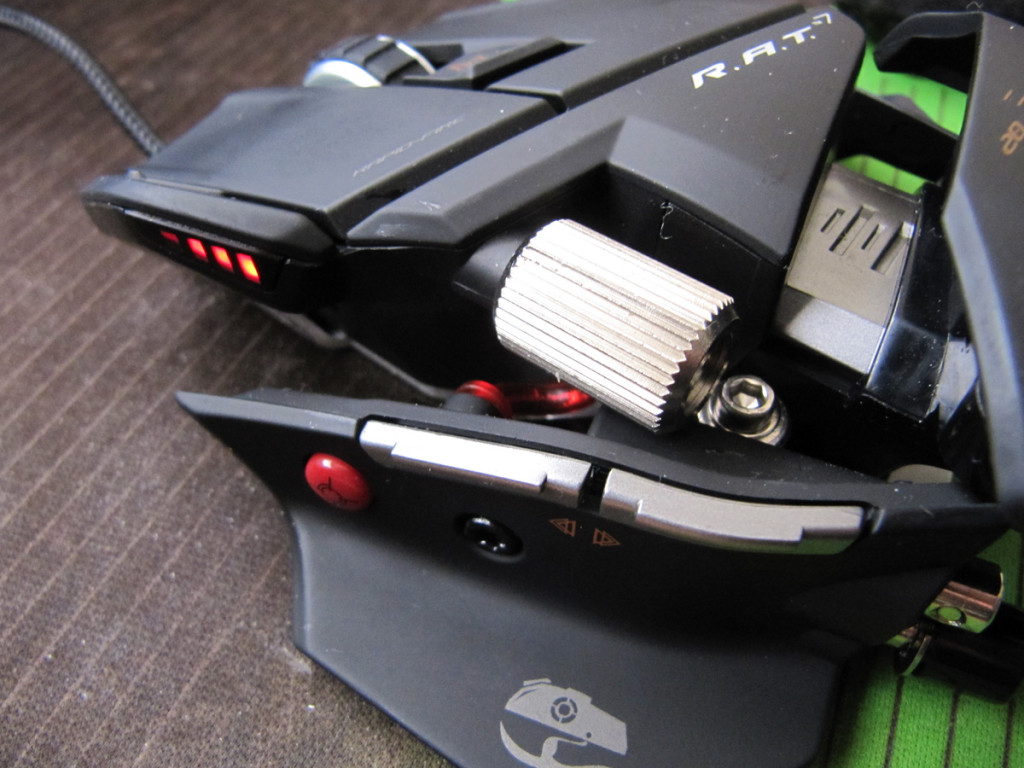 My old gaming mouse was starting to circle the drain a couple of weeks ago, leading to a somewhat urgent need for a replacement. Now to be honest, I probably could have done more to verify that the issue was not a driver issue or something like that but basically: Marginally busted hardware + sufficient mad money = new toy. After a period of careful deliberation, I settled on the Cyborg R.A.T 7.

The R.A.T 7 is actually very comfortable to use over long periods of time, which is nice considering that ergonomics and extreme customizability were key marketing points. This peripheral is one solid feeling mouse, as in, it has a metal frame instead of one constructed from cheap plastic. On the other hand, The R.A.T 7’s solid construction makes it fairly heavy even with all of the additional weights removed. Keep that in mind if weight is of a concern to you. In any case, here are a couple of observations about the hardware that weren’t really stated in any of the reviews that I read. TL;DR: It’s a good mouse, I am very happy with it, though it may not suite your ergonomic needs. It’s like a pair of pants, try it first if you can. 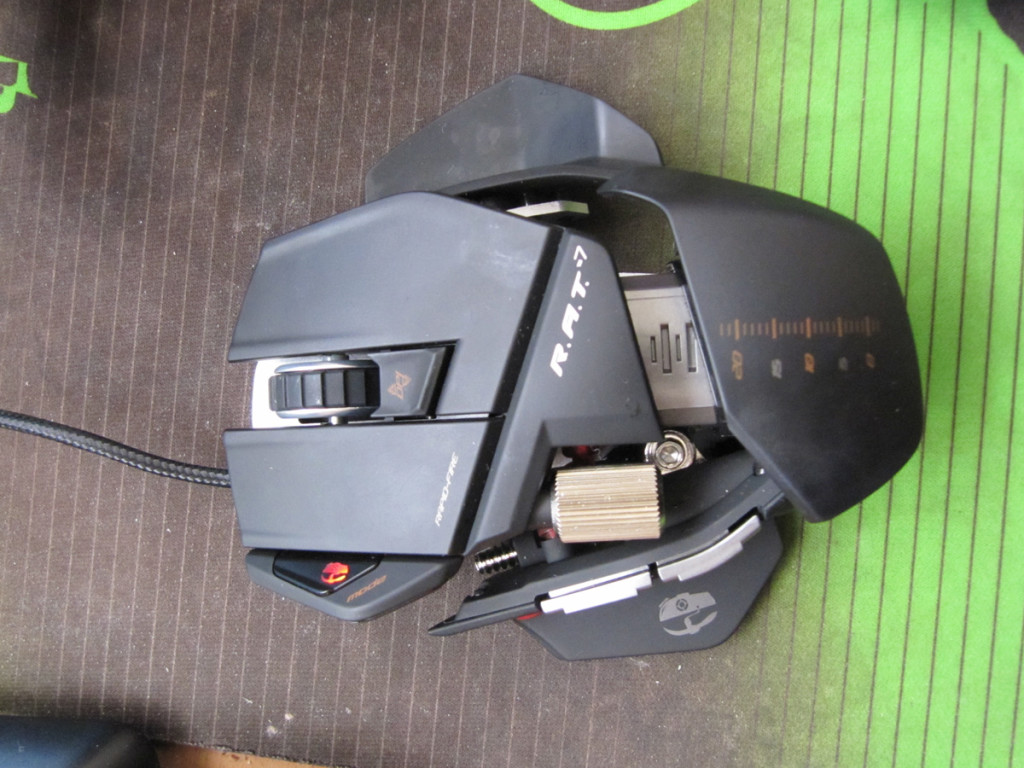 For how adjustable this mouse is, the palm rest isn’t all that big and does not extend out as far as I figured that it would; Which is fine for me, being a claw-gripper with average sized chick hands, but probably not so much of you are a large handed individual. Several male cohorts have confirmed this fact. Also, when the palm rest is extended out all the way, it jiggles a bit.

The buttons are fairly wide and seem to be designed for people who prefer to use three fingers to click (middle finger being on the scroll wheel). The width is perfect for me, since most other mice are too narrow to comfortable fit three fingers. If you don’t have sausage fingers or prefer to use a mouse with a standard two fingers grip, the R.A.T 7 is probably going to be uncomfortably wide. I also like the sniper button, though I wish it were located further back on the thumb piece so that I do not have to modify my grip to press it down. The profile switch buttons is angled in such a way that it makes it hard to see. I wish it also changed the LED colors of the sensitivity bar as well.

I really like the R.A.T 7’s scroll wheel: It is flat, wider than average, clicky, textured and loose. The scroll wheel was my primary point of contention with many of Logitech’s gaming mice: Some of the scroll wheels were either too “pointy”, way way too stiff or hard to press down without accidentally activating the side-scroll feature. The R.A.T 7 is absolutely perfect. 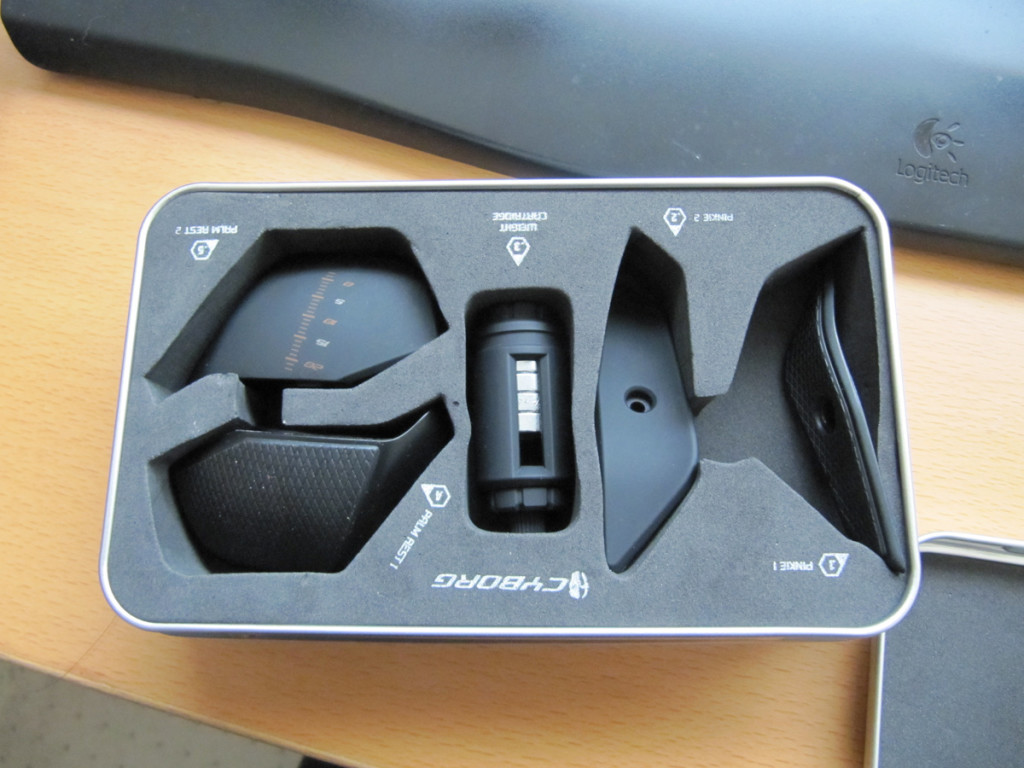 Earlier versions of the mouse had some z-tracking issue that was fixed by adding a filter on newer versions of the hardware (or something like that, I don’t have the link anymore). I haven’t had any sensor or any performance issues at all, so I am assuming that the issue is fixed. Also, despite being fairly complex, I found the adjustments straightforward and easy to perform without having to dig through instructions.

We will see how durable and finicky it is. In my experience, many issues don’t crop up until at least several months to a year of regular abuse. I’ve had issues with finicky laser mice in the past (which seemed to be related to an unclean mouse surface >_>).  Performance wise, it’s smooth accurate and everything that I would expect from gaming caliber mouse.