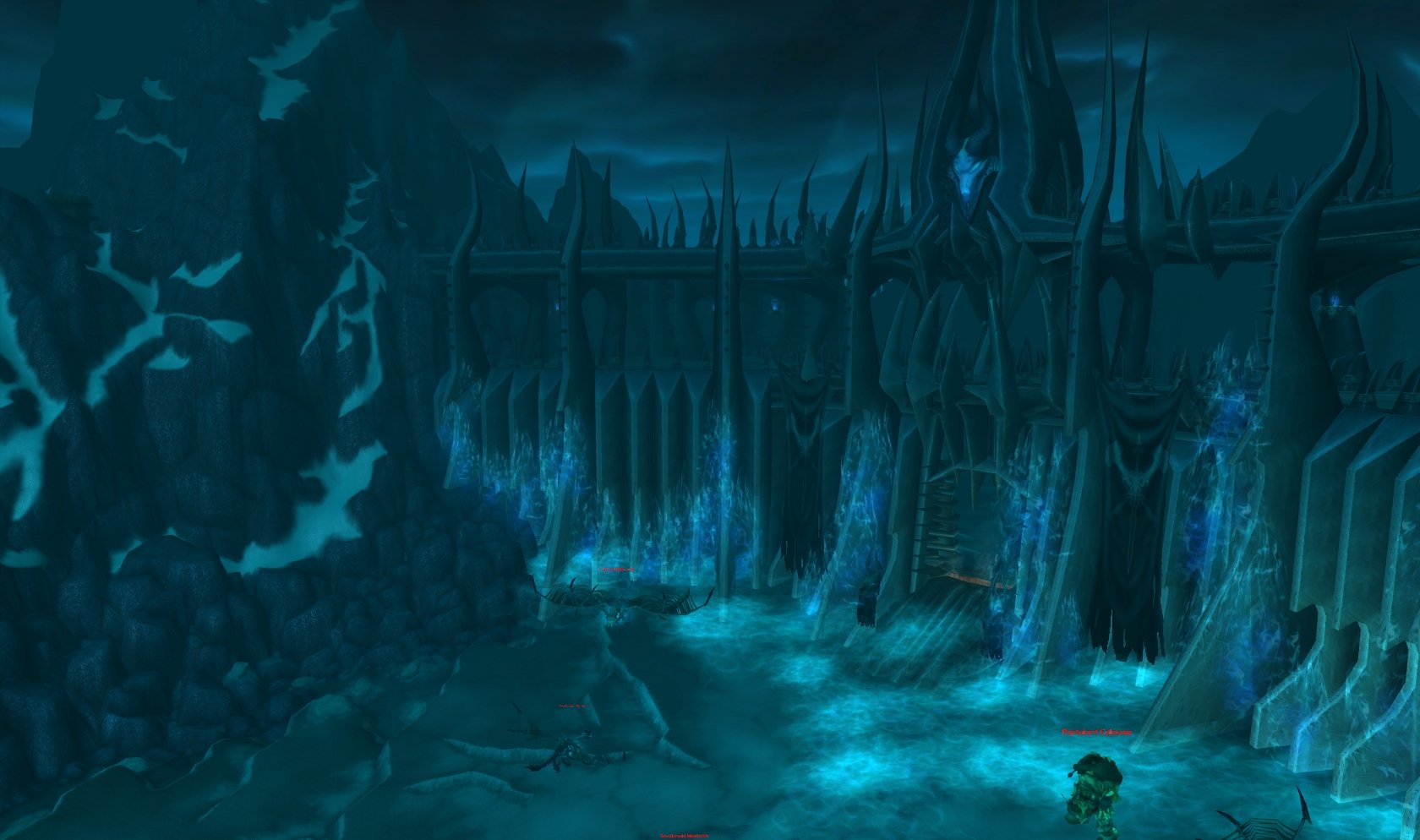 Zone spoilers ahead: Icecrown is obviously designed for flying mounts, with the dramatic geography and quest hubs huddled way up in the mountain ranges, a fairly new concept seeing as flying wasn’t available until level 70 in the previous expansion. I don’t imagine hoofing it being all that practical or even possible…

Out of all the new areas this zone has been one of my favorites to quest in so far. It has a lot of fun quests packed with story. The Matthias quests in particular are swank for reasons that I won’t state because I don’t want to spoil it for you. I also really liked Bridenbrad’s story; It was a simple but touching quest line that tied into the lore nicely.

One of the main lore gripes that folks seem to have is that continuity has in the past, only been seen within the instances. You down a boss, stuff happens within the instance and then it resets next week as if nothing at all had happened. Icecrown more than any other zone that I have quested in so far makes use of the phasing system for story progression.

The actual game world changes as you complete certain tasks. The Shadow Vault for example is hostile until you win it back for the Ebon Blade, in which case it turns into a neutral quest hub. The zone unfolds in a way that makes you feel as if it is being progressively won back, I really like that.