Mists of Pandaria, Week One 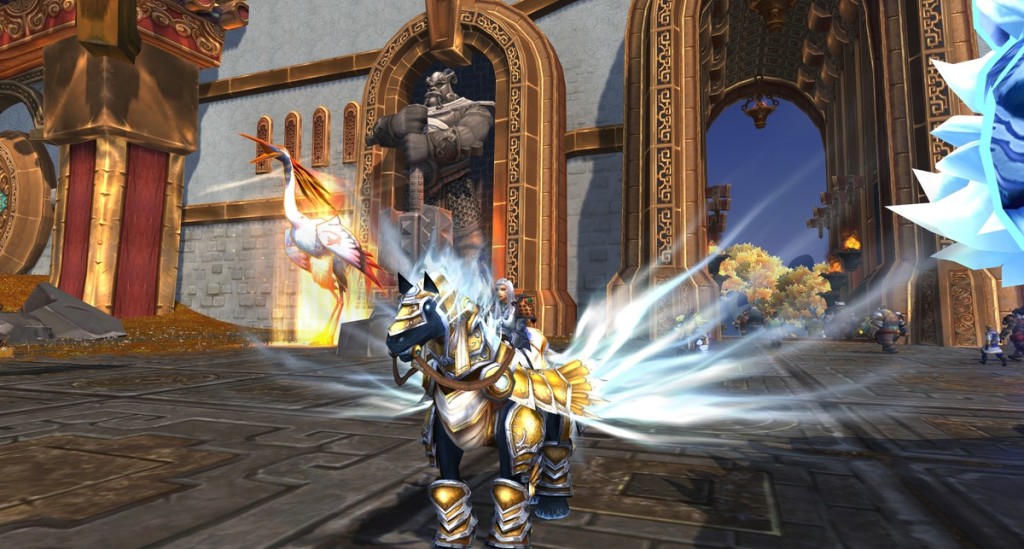 Ding, level 88! I know, I’m the fastest leveler ever right? I swear that most people are either at or approaching level 90 but now and hopping on the gear treadmill. Definitely glad that I am not really feeling pressured to rush to the level cap, though being towards the bottom end of your social group’s leveling curve sucks a bit. It was exciting back in the day, running heroics ASAP at the front of the pack, it I just don’t seem to have the time or interest for that sort of play style anymore. Also, I will get there eventually so I don’t really see the point of rushing through everything.

I *gasp* actually got my crap together and started tanking instances the other night, which was interesting considering that the last time I had seriously tanked since what, the end of Burning Crusade? My tanking gear is mostly crap, in fact the vast majority of it was replaced by a half-night of questing. I must say, it was nice not having to wait for a tank in the LFG queue for a half hour.

So anyway, questing: Valley of the Four Winds was a fun zone, the brew quests are a blast. I like the WoW farming mini game, despite thinking that it sounded a bit silly when it was first announced. It’s simple, quick, different, and feeds right into the cooking profession. Currently working on Kun-Lai Summit. I am enjoying the East Asian martial arts aesthetic quite a bit; From peaceful meditation, training montages to trekking up a mountain Everest style. Departing from run-of-the-mill high fantasy archetypes is a breath of fresh air. The lighthearted pseudo-Chinese theme reminds me of Avatar the Last Airbender, which is most definitely not a bad thing in my opinion.

Like all MMO’s, I am curious as to what the general feel for MoP will be 3 to 4 months from now once the most people have settled in at the level cap. That was about the time when Cataclysm attrition has started to hit (for myself included), so I am very interested in seeing what Blizzard had planned to mitigate player loss.